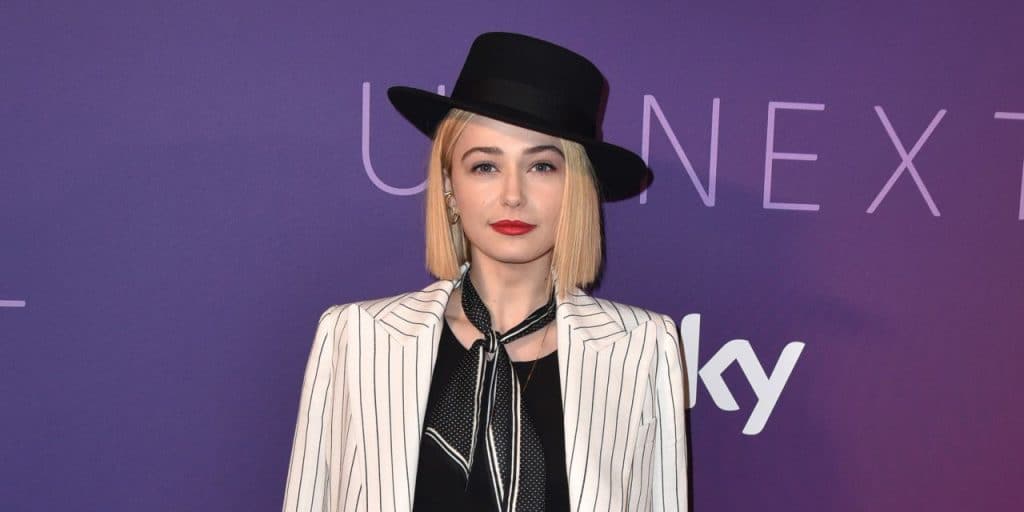 Who is 23yo Sophie Simnett? Boyfriend, Family, Net Worth

Sophie Simnett was born in Chiswick, West London, England, on 5 December 1997 – her zodiac sign is Sagittarius and she holds British nationality. She is an actress who is probably known best for her portrayal of the lead character Skye Hart in the family series “The Lodge”, which also stars Luke Newton and Thomas Doherty – it follows a teenage girl who starts running the lodge of her grandfather, and there befriends many people. It’s been running since 2016.

Sophie has also been credited with singing three songs in the series: “Tell It Like It Is”, “If You Only Knew” and “Favorite Place To Be”.

Sophie was raised in Chiswick by her parents, but hasn’t shared any details concerning them as she respects their privacy. She hasn’t mentioned having any siblings, which is why she’s believed to be an only child.

She became interested in acting at a very early age, and was seven when she started taking acting courses. Sophie attended Putney High School and was a member of the school’s drama club, appearing in various plays performed there. She was also interested in dancing and singing, and was amongst the best students. Upon matriculating in 2015, Sophie chose not to enroll at college but to focus on her acting career.

Sophie has been credited with three movie roles. She made her debut film appearance in 2014, when cast to star as Amber in the short thriller “Footsteps of Angels” written and directed by Graham Cantwell, and which also starred Harry Jarvis and Amy-Joyce Hastings. It follows a teenager who has just woken up covered in blood, without knowing who he is. In 2016, Sophie played Teenage Kate in the drama “Acres and Acres”, which starred Rafe Spall, Emilia Fox and Elaine Cassidy, and follows a woman who is about to die of breast cancer and thus compiles a list of memories to leave to her husband and their children. The movie won an Audience Choice Award at Heartland International Film Festival, and an Under My Screen Award.

Sophie’s only other credit in a movie has been in the 2018 comedy “Christmas Survival”, written and directed by James Dearden, and which starred Julian Ovenden, Gemma Whelan and Joely Richardson. It follows a family spending Christmas at their country house, which is falling apart.

Sophie has recently been cast to play Red in the upcoming action drama “Twist”, which is based on the popular Charles Dickens book “Oliver Twist”.

Sophie made her TV series debut in 2015, when she portrayed Dedlock Niece in a single episode of the drama “Dickensian”, based on the novels by Charles Dickens, and which was nominated for two awards.

The following year saw her appear in three episodes of the mystery crime mini-series “The Five”, created by Harlan Coben, and which starred O-T Fagbenle and Tom Cullen. It’s about Jesse who was five when he went missing, while his DNA has now been found at a crime scene 20 years later. In 2017, Sophie was cast to portray Pippa Leyton in the episodes “Harvest” and “Canticle” of the mystery crime drama “Endeavour”, which is amongst the highest rated TV series on the website IMDb, and the same year saw her play Sofia Bonnar in a single episode of the action crime drama “Ransom”.

In 2018, she portrayed Andromeda Page in a single episode of the historical romantic drama “Poldark”, created by Debbie Horsfield, and which starred Aidan Turner, Eleanor Tomlinson and Jack Farthing. It follows Ross Poldark who fought in the American Revolutionary War, and is now back home founding his own business, falling in love and making new enemies. The series won six awards and was nominated for 27 others.

Sophie’s most recent appearance in a TV series has been in 2019, when she portrayed Samaira ‘Sam’ Dean in 10 episodes of the action adventure comedy “Daybreak”, which follows a boy who is trying to find his girlfriend in a post-apocalyptic city; it was nominated for three awards.

Sophie has been dating Luke Newton since early 2016. The two met on the set of “The Lodge”, Luke asked her out a couple of days later, and they’ve since been together. There are no rumors nor controversies surrounding the relationship.

Luke was born in London, England on 5 February 1997 – his zodiac sign is Aquarius and he holds British nationality. He practiced his acting skills at the London School of Musical Theatre, and has been credited with appearing in nine movies and TV series, while he might still be known best for his portrayal of the lead character Luke Attwood in the teen drama series “The Cut”.

Some of his other credits include the period drama series “Mr Selfridge”, the medical soap opera “Doctors”, and the horror movie “Lake Placid: Legacy”.

As of January 2021, Sophie is dating Luke Newton, hasn’t married and doesn’t have children.

Sophie is interested in photography, and mostly enjoys taking black and white pictures of people and random objects; most can be found uploaded onto her Instagram account.

She is a fashionista who is trying to keep up with the latest fashion trends, so often goes shopping for clothes making her a bit of a shopaholic.

Sophie is working as a model too, but considers it as her hobby rather than her job. She has been featured on the cover page of a couple of magazines, including “Tatler”.

She likes to watch movies and TV series late at night, and her favorite actors and actresses are Matt Damon, David Schwimmer and Jennifer Aniston – a couple of her favorite films are “Good Will Hunting”, “We’re the Millers” and “Just Go With It”. Her favorite TV series is “Friends”.