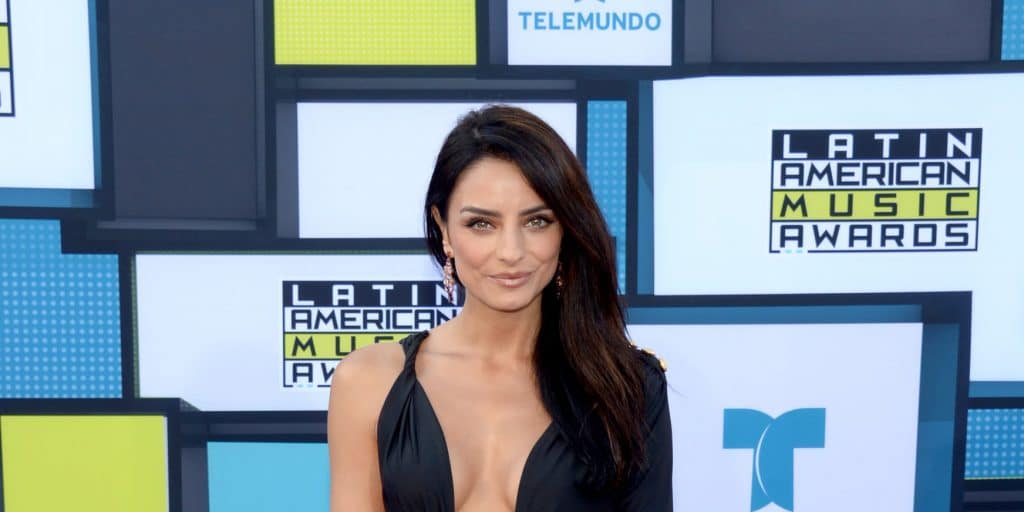 Who is Aislinn Derbez? Age, Divorce, Children, Net Worth, Wiki

Who is Aislinn Derbez?

Aislinn González Michel was born on 18 March 1987 under the zodiac sign of Pisces, in Mexico City, Mexico. She is a 34-year-old actress and producer, known as Aislinn Derbez, probably best recognized for landing the role of Nastenka in the drama film “Estar O No Estar” (2015), featuring as Elena de la Mora in the Netflix black comedy-drama series “La Casa De Las Flores” (2018-2020), and providing her voice to Isabela in the Netflix adult animated series “Seis Manos” (2019).

How rich is she, as of now? Aislinn Derbez Net Worth

As of mid-2021, Aislinn Derbez’s net worth is estimated at over $1 million, acquired through her successful involvement in the world of entertainment as a professional actress and producer, who has garnered over 30 television and film acting credits since she launched her career in the late 2000s.

Aislinn Derbez spent her early years in her hometown of Mexico City, where she was raised in a famous family; her father is Eugenio Derbez, who is considered one of the most popular Mexican actors and comedians, while her mother is artist Gabriela Michel., and she’s the granddaughter of Mexican actress Silvia Derbez. Her paternal half-brothers are actors Vadhir Derbez and José Eduardo Derbez, and she also has a half-sister named Aitana, from her father’s marriage to actress and singer Alessandra Rosaldo. Moreover, she has two maternal half-sisters, named Michelle Aguilera and Chiara Aguilera. She holds Mexican nationality, belongs to Hispanic ethnic group, and is a Christian.

Regarding her education, Aislinn attended the School of Visual Arts, and studied acting at the Actors Studio, both located in New York City.

Aislinn Derbez began her professional career as a model at the age of 15. She later focused on acting, and her debut film appearance came with the role of Mercedes in the short thriller film “Served Cold” in 2008. She then had the part of Vanessa in the comedy TV series “Ellas Son… La Alegría Del Hogar” (2009), and played Telésfora in the historical war drama film “El Atentado” (2010), directed by Jorge Fons. During the same year, she portrayed Casilda in the drama TV series “Los Minondo”, and was cast as Brenda in the drama TV series “Niñas Mal”. It was followed by her portrayal of Karla in the family action comedy film “Te Presento A Laura”, also in 2010.

Aislinn Derbez’s first major role came when she featured as Abril Lorenzana in the 2012 romantic film “El Cielo En Tu Mirada”, alongside Mana De La Parra and Jamie Camil. Later that year, she played Norma in the drama film “Abolición De La Propiedad”, and Natasha in the comedy TV series “Los Héroes Del Norte”, created by Gustavo Loza for Televisa. She then took the role of Giovanna in the teen drama TV series “Gossip Girl: Acapulco” (2013), based on the American TV series “Gossip Girl”, which received a Premios TVyNovelas nomination for Best Series. It was followed by her portrayals of Pia in the comedy film “Sobre Ella”, written and directed by Mauricio Valle, and Penélope in the romantic comedy film “Little Baby Jesus”, both in 2013.

The same year, she appeared as herself in the comedy-drama film “No Se Aceptan Devoluciones”, directed by and starring her father Eugenio Derbez, and which was a huge commercial success, grossing over $100 million against the budget of $5 million.

In 2014, Aislinn Derbez took the role of Magdalena in the fantasy thriller film “Tierra De Sangre”, and featured as Elena in the romantic film “Yerbamala”. Her next major role came in the following year when she was cast as Maria Laura ‘Mala’ Medina in the romantic comedy film “A La Mala”, along with her future husband Mauricio Ochmann.

She then portrayed Nastenka in the drama film “Estar O No Estar”, next to Flavio Media, also in 2015; the film was written and directed by Marcelo González and nominated for six Diosas de Plata awards – for her performance, Aislinn received a Diosa de Plata nomination for Best Actress.

It was followed by her portrayals of María in the action comedy film “Compadres”, Viviana in Antonio Serrano’s romantic comedy film “Macho”, and Andrea in the action-adventure comedy film “Qué Pena Tu Vida”, all in 2016. In  2016 and 2017, she made a guest appearance as Gabi in two episodes of the American comedy-drama anthology series “Easy”, released on Netflix.

In 2017, Aislinn Derbez played Eva in the comedy film “Win It All”, co-written, co-produced and directed by Joe Swanberg, and featured as Nati in the comedy film “Hazlo Como Hombre”. In the following year, she joined the main cast of the critically acclaimed Netflix black comedy-drama series “La Casa De Las Flores”, in which she starred as Elena de la Mora for three seasons until it was ended in 2020. She would later reprise the role in its sequel “La Casa De Las Flores: La Película” (2021).

Concurrently, Aislinn had a part as Isabel in the action thriller film “Miss Bala” and lent her voice to the main character Isabela in the Netflix adult animated series “Seis Manos”, both in 2019.

Recently, she started serving as an executive producer for the TV series “De Viaje Con Los Debrez” (2019-present), which follows her family on vacations. It’s shown on Amazon Prime Video.

Upcoming Projects and Other Work

Speaking about her upcoming projects, it’s announced that Aislinn Debrez will do a voice-over in the animated film “Back To The Outback”. She will also play Isabela Domínguez in the comedy film “Acerca De Tiempo”, and Madona Hernández in another comedy film, entitled “Mexiwood”. Moreover, she will produce the family film “Chief Executive Dad”.

Apart from acting, Aislinn also hosts her own podcast – “La Magia Del Caos”. She is also the co-founder of the line of natural cosmetics called “AMAI”, along with actress Marianna Burelli.

Aislinn Derbez became romantically involved with Mexican actor Mauricio Ochmann on the set of “A La Mana” in 2014. After dating for about two years, the couple exchanged their wedding vows at a ceremony held on 28 May 2016 in Tepoztlán, Mexico. She gave birth to their daughter named Kailani Ochmann Derbez on 25 February 2018. However, they divorced in 2020, and she is currently in a relationship with motivational speaker Jonathan Kubben Quiñonez.