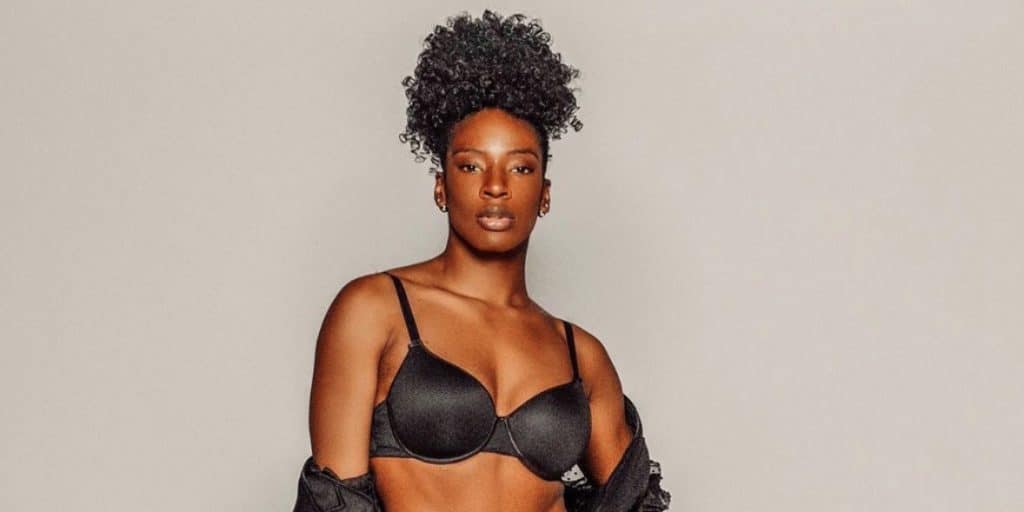 Ayisha Issa was born in Montreal, Quebec, Canada, on 18 March 1984 – her zodiac sign is Pisces, and she holds Canadian nationality. She’s an actress, stuntwoman and a martial artist, who has been credited with appearing in close to 20 movies and TV series, and is perhaps known best for her portrayal of the supporting character Jazmin, in the 2019 action crime movie “Polar”. It was written by Jayson Rothwell, based on the graphic novel “Polar: Came from the Cold” by Victor Santos, and directed by Jonas Akerlund. The film starred Mads Mikkelsen, Vanessa Hudgens and Katheryn Winnick, and follows an assassin who wants to retire, while his boss has now hired a hitman to kill him. It was nominated for a 2020 Leo Award.

Oh hi summer…didn't see you there! Think I'll decorate my balcony this summer…how you holding up? #COVID19 pic.twitter.com/CsnINHYVds

Ayisha was raised in Montreal by her parents, about whom nothing’s known, as she respects their privacy. She hasn’t mentioned having any siblings, and is thus believed to be an only child.

Ayisha was a problematic kid, and once lived at a group home. She was 15 when she was helped by Batshaw Youth and Family Centres, the non-profit organization assisting troubled teenagers. Around this time, she was struggling with eating disorders, anxiety and depression, but then began working on her modelling career. However, Ayisha wasn’t successful in the field, and in her early 20s she started working as an assistant front-desk manager for a hotel in Montreal, but was eventually fired.

Ayisha then took on kickboxing, before switching to Brazilian jiu-jitsu.

Ayisha then gained recognition for her acting skills, and chose to focus on her career in the film industry.

Ayisha made her debut film appearance in 2006, with her portrayal of Les Filles de Cheech, in the drama “Cheech”. Her following role came in 2010, when she played Van Cleef in the action crime comedy “L’appat”, then Ayisha gained recognition in 2011, when she played High Priestess #4 in the action fantasy drama “Immortals”. It was written by Charley Parlapanides and Vlas Parlapanides, directed by Tarsem Singh, and starred Henry Cavill, Mickey Rourke and John Hurt.

It follows the mortal man Theseus, whom Zeus has chosen to fight against King Hyperion, who’s wreaking havoc in Greece, trying to find a weapon that can kill all humans. The movie won one, and was nominated for six other awards.

A couple of Ayisha’s following roles were in the 2013 romantic horror comedy “Warm Bodies”, the 2013 biographical drama “Betty and Coretta”, and the 2014 action crime thriller “Brick Mansions”. In 2017, she played Naomi, one of the lead characters in the drama “Eye on Juliet”. Written and directed by Kim Nguyen, it also starred Lina El Arabi and Joe Cole, and follows the connection between a North African woman who’s trying to escape from an elderly man to whom she’s engaged, and a security robot operator who’s working in Detroit. The movie won one of the four awards for which it was nominated.

Ayisha’s most recent film role, besides in “Polar”, has been in the 2018 thriller drama “The Hummingbird Project”.

She made her debut TV series appearance in 2011, with her portrayal of Clara in three episodes of the drama “30 Vies”, and gained recognition in 2016, when cast to play Emissary in the mystery adventure drama “12 Monkeys”. It was created by Terry Matalas and Travis Fickett, starred Aaron Stanford, Amanda Schull and Noah Bean, and follows a time traveler who has come from the future to find the source of a deadly plague, which has killed nearly all of his people in his timeline. The series aired from 2015 to 2018, and won four of the 14 awards for which it was nominated.

Between 2013 and 2017, Ayisha played the supporting character Bouba, in the drama “Unite 9”. It starred Eve Landry, Guylaine Tremblay and Francois Papineau, and follows the story of a woman who has been sentenced to spend seven years in prison, after she pushed her dad down the stairs.

The series aired from 2012 to 2019, and won four of the 10 awards for which it was nominated. Then in 2017, Ayisha played the supporting character Solara Shockley in four episodes of the mystery adventure drama “Dark Matter”, and the following years saw Ayisha appear in an episode or two of several series, including in the comedy “Workin’ Moms”, the action fantasy drama “Shadowhunters”, and the mystery science fiction drama “The Expanse”.

Her most recent role in a TV series has been in 2020, portraying June Curtis in 13 episodes of the drama “Transplant”. It follows a doctor who has come from Syria to Canada, and is trying to resume his career in the field of emergency medicine. It has been airing since 2020, has won five awards, and been nominated for nine others.

In 2009, she made a guest appearance in the talk-show “Accès Média”.

In 2018, she received special thanks for the short drama film “All The Things”.

She has performed stunts in the 2011 family movie “Who Is Simon Miller?”, for the 2018 video game “Assassin’s Creed: Odyssey”, and in the 2019 action science fiction adventure film “X-Men: Dark Phoenix”.

In 2020, Ayisha was nominated for a BAFTA Games Award for Performer in a Supporting Role, for “The Dark Pictures: Man of Medan”.

Ayisha’s amongst the most secretive of actresses, as she prefers to keep the details of her love life to herself, however, in an interview she gave, Ayisha has revealed that she’s in a relationship with David Thompson. He’s also a jiu-jitsu martial artist, and holds a black belt.

The two have founded their own dojo in Toronto, Ontario, Canada, which is called 4Points BJJ, and Ayisha’s main job at the dojo (which she calls ‘The Academy’) is marketing, business development and youth programming.

She hasn’t spoken of any other men whom she has perhaps been with, but there are rumors circulating the internet claiming that she’s bisexual, and that she was previously in a relationship with a woman. No evidence has been provided to support this, nor has Ayisha commented on the matter.

As of June 2021, she’s dating David Thompson, hasn’t married and doesn’t have children.

Ayisha’s favorite season is summer, as she enjoys being near water, sun tanning on the beach, and showing off her body.

She has multiple training sessions at the gym each week, while she’s also still practicing Brazilian jiu-jitsu.

She likes to travel, and has been to various Canadian cities to shoot for her movies and TV series, while she’s also been to a couple of US states, and several European countries.

Ayisha likes to taste various cuisines, and her favorite is Mexican food.

She’s a dog-lover, and her pet dog can be seen featured in some of her Instagram pictures.

In her spare time, Ayisha likes to watch movies starring her favorite actor Will Smith, such as “Independence Day”, “Seven Pounds” and “I, Robot”.