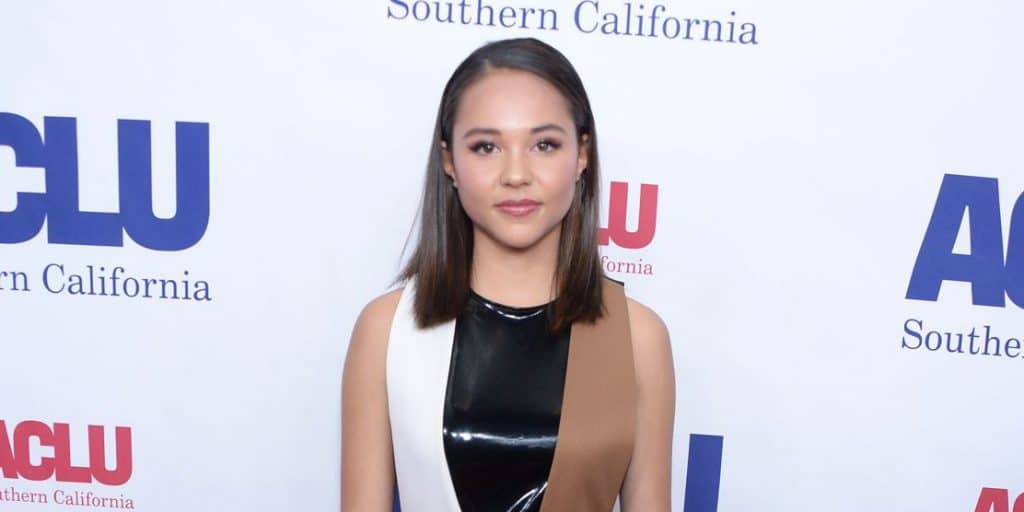 Who is Breanna Yde? Age, Boyfriend, Parents, Net Worth, Wiki

Who is Breanna Yde?

Breanna Yde is an Australian-American actress and singer, possibly best known to the world as Frankie Hathaway in the TV series “The Haunted Hathaways” (2013-2015), and as Tomika in the TV series “School of Rock” (2016-2018), among numerous other roles that she’s secured in her young career.

Breanna Nicole Yde was born on 11 June 2003 under the Gemini zodiac sign, in Sydney, New South Wales, Australia, to Bill Yde, who is the CEO of Global Traffic Network. Of Filipino ancestry from her mother’s side, she is the youngest of six siblings, and has three brothers and two sisters.

The family moved to Los Angeles, California USA when Breanna was just two years old, and then when she turned five to Rancho Santa Fe, California. However, this wasn’t the end of her moves, as in 2012 the Yde family moved back to Los Angeles. Thanks to the move to the US, Breanna obtained dual citizenship, both Australian and American.

At the first sight of Nickelodeon and its shows, Breanna fell in love with acting, and desired to become an actress. Her parents reacted positively, and got her enrolled into acting and singing lessons.

Breanna’s career started when she was just six years old, with the role of Annie in the short film “Social Studies” (2009), and she continued her with her film debut as Young Sibby Dark in the film “Level 26: Dark Prophecy” in 2010. Next, she appeared in the popular TV comedy series “How I Met Your Mother” (2011), but waited for a couple of years for her big break.

In 2013, Breanna was selected for the role of Frankie Hathaway, one of the Hathaway children in the popular family comedy series “The Haunted Hathaways”, sharing the screen with Curtis Harris, Benjamin Flores Jr., and Amber Frank among other stars of the award-winning series.

The role launched her to stardom, subsequently guest-starring in several Nickelodeon TV series’, including “The Thundermans”. Breanna’s next successful role was as Tomika in the TV comedy series “School of Rock”, in which she starred with Ricardo Hurtado and Jade Pettyjohn from 2016 until 2018. During the same period, Breanna voiced Ronnie Anne in the popular animated TV comedy series “The Loud House”. In addition, she starred as Delores in the television movie “Nickelodeon’s Sizzling Summer Camp Special” in 2017, and lent her voice to Mariah, the character from the animated film “All I Want for Christmas Is You”, also in 2017.

In addition to acting, Breanna is also an accomplished musician. Back in 2020, she began collaborating with singer-songwriter Justin Tranter. She also signed a contract with Warner Records the same year, and so far has released two songs “BlindLife”, and “Stopped Buying Diamonds”.

Breanna is rather discreet about personal endeavors. According to sources, she is currently single and solely focused on her successful careers. Nevertheless, rumors of her dating some celebrities emerged, but she’s stated that she doesn’t need a boyfriend, and isn’t looking for one currently.

As of mid- 2021, Breanna Yde’s net worth has been estimated to be around $1 million, earned through her successful career as an actress, during which she has already appeared in around 20 film and TV titles.

Furthermore, her fruitful music career has also contributed to her wealth.

Breanna has a number of interests outside her profession. She has learned to play various musical instruments, such as guitar, ukulele, drums and piano, and has credited her father for being a musical influence on her, and pushing her forward to chase her talents.

She thinks of herself as a tomboy and enjoys playing sports such as basketball, golf, football, and tennis. She also excels in juggling, skiing, and surfing.

Breanna always wanted to be an actress – growing up her favorite actor was Tom Cruise, and her favorite films “Mission Impossible”, mainly loving them because of all the crazy stunts performed in these movies.

She also enjoys different music genre, and considers Ed Sheeran and Tori Kelly her favorite musicians, but is obsessed with Lady Gaga.

Although Breanna has become a star actress, she would love to explore music waters a bit more, and in the future focus more on her musical aspirations.

She is an avid animal lover and has two pet dogs, a yellow lab and a bichon.