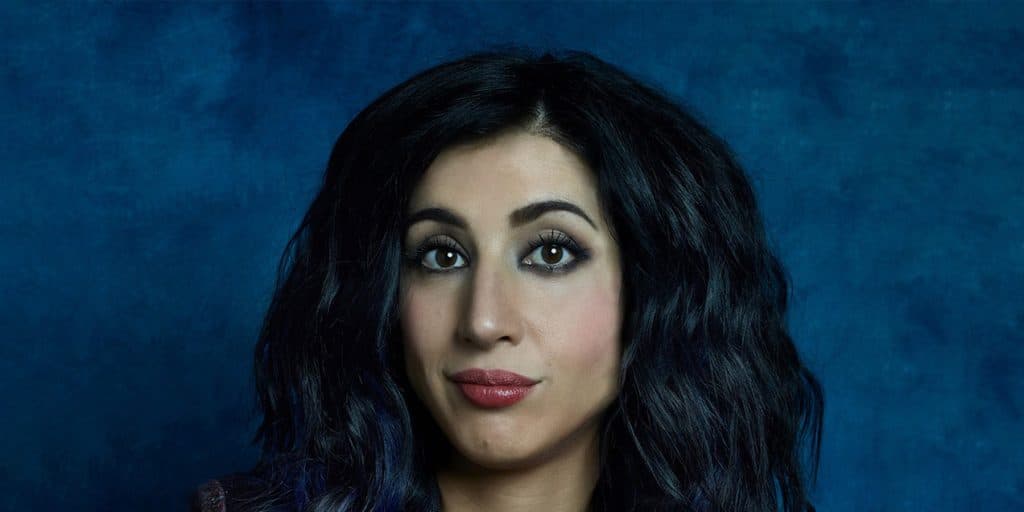 What is Dana DeLorenzo’s ethnicity?

Dana Rose DeLorenzo was born in Youngstown, Ohio USA, on 1 January 1983 – her zodiac sign is Capricorn, she holds American nationality and is of Italian descent. She’s an actress, producer and a former radio personality, perhaps known best for her portrayal of the lead character Kelly Maxwell in the action fantasy comedy series “Ash vs Evil Dead”, created by Tom Spezialy, Ivan Raimi and Sam Raimi, and which also starred Bruce Campbell and Ray Santiago. It follows Ash who has been irresponsible for the past three decades, and has turned a blind eye to the chaos caused by the Evil Dead, while he now has to fight as he’s mankind’s only hope. The series aired from 2015 to 2018, and won 12 awards of the 29 it was nominated for.

Dana was raised in Youngstown alongside her brother, by their father Jerry DeLorenzo who owned a clothing store, and their mother Phyllis DeLorenzo who worked at the same store.

Dana was still a child when she began appearing in radio commercials for her father’s store, and was 11 when she was paid for the first time to perform, in the variety show “Who’s On First”. She attended a local high school at which she was a member of the school’s drama club, appearing in many plays performed at both her school and a local theatre. Upon matriculating in 2002, Dana enrolled at DePaul University in Chicago from which she obtained her Bachelor’s degree in media communications in 2005.

Dana made her debut film appearance in the 2004 short drama “Rehearsal Time”, written and directed by Rick Ramirez, and went on to appear in three other shorts: the 2007 drama “Night of the Fireflies”, “Rain: A Love Story?” in 2008, and later that year the family drama “Music Box”.

The year 2008 also saw her appear in her first feature film – the comedy “Peep Show” – but it attracted little attention and received mixed reviews. The following year saw Dana star as Alberta in the short drama “October Surprise”, and in 2011, she played the supporting character Stoner Molly in the horror comedy “The Moleman of Belmont Avenue”, written and directed by Mike Bradecich and John LaFlamboy, who also starred in it alongside Justin DiGiacomo.

The movie follows the Mugg brothers who have inherited an apartment with a monster in their basement, that eats everything it sees; the film was nominated for one award. In the same year, Dana played Becca the Personal Assistant in the hit adventure comedy “A Very Harold & Kumar Christmas”, which starred Kal Penn, John Cho and Neil Patrick Harris, and follows two stoner friends as they manage to burn Harold’s father’s Christmas tree. A couple of Dana’s following roles were in the 2014 comedy “Two to Go”, the 2017 comedy drama “The Mad Ones”, and the 2017 short romantic comedy “Three Women”.

Two of her most recent roles in movies have been in the 2019 short comedy “Scott & Lenny Go to Thai Town”, and the 2020 comedy drama “Friendsgiving”. Dana h,as recently finished shooting for the upcoming short drama “PCH” while she’s currently recording for the video game “Evil Dead: The Game”.

Dana made her debut TV series appearance in the 2011 comedy “In the Flow with Affion Crockett”, and the following years saw her appear in an episode or two of various series, such as the comedy “2 Broke Girls”, the action comedy “Eagleheart”, and the comedy “Sullivan & Son”.

In 2012, she was cast to portray Beth, one of the lead characters in the musical comedy “The Late Late Show with Craig Ferguson”, which aired from 2005 to 2015 and won one award while it was nominated for six others, including Primetime Emmy.

Dana then portrayed two characters in the 2015 comedy “Impress Me”, which was cancelled after airing 14 episodes because of low ratings.

Some of her following roles were in the comedy “Driving Arizona”, the animated action adventure “Teenage Mutant Ninja Turtles” (voice role), and the romantic comedy “Will & Grace”.

Her most recent role in a TV series has been her portrayal of Valerie Spoonts in six episodes of the 2019 crime comedy “Perpetual Grace, LTD”, created by Bruce Terris and which starred Ben Kingsley, Jimmi Simpson and Luis Guzman. It follows the conman James who is trying to trick Pastor Byron Brown without knowing he is more dangerous than he seems.

Dana has made a guest appearance in various talk-shows, such as “Kingdom Geek” in 2016, “Movie Trivia Schmoedown” and “WGN Morning News” both in 2018.

She worked as a producer on “The Mancow Show”.

Dana has appeared in various plays performed around Chicago, including “Holes” and “West Side Story”.

She was nominated for three awards for her performance in the series “Ash vs Evil Dead”: a 2017 iHorror Award for Best Actress – Horror Series, and a Fangoria Chainsaw Award for Best TV Supporting Actress in both 2016 and 2017.

Dana is very secretive when it comes to her love life, and hasn’t shared any details concerning the men or women she has perhaps dated.

She has, however, joked about being in a relationship with a French croissant and her pet dog Brutus, while she’s also uploaded a picture with her co-star Ross Marquand from the series “Ash vs Evil Dead” in which they portrayed love interests. While Dana refers to Ross as her friend, there are many people who believe that they were together for over two years, as they were allegedly seen spending time together on multiple occasions, however, these rumors haven’t been confirmed, nor has Dana commented on them.

Some of her fans believe her to be in a relationship with Craig Ferguson, but there are others who believe Dana to be a lesbian, as she hasn’t spoken about the men she has been with, but this hasn’t been confirmed either.

As of March 2021, Dana appears to be single, hasn’t married and doesn’t have children.

Dana is a musician and the founder of the band House of Winehouse, which is a tribute band for Amy Winehouse. She has been praised for her portrayal of Amy, and the band has thus been invited to perform at many music festivals and venues, with one of the most popular among these being House of Blues Chicago. The magazine “The Chicago Reader” has named them the Best Tribute Band.

She is a fighter for equal rights of all humans, and today supports the movement Black Lives Matter, and has also walked several protests organized after George Floyd was killed by a police officer who knelt on his neck for more than eight minutes.

She is a lover of animals, with monkeys being her favorites, while she has a pet dog Brutus which can be seen featured in some of her Instagram pictures.

Dana has her own favorite actors and actresses, some of whom are Jim Carrey, Elijah Wood and Natalie Portman, and a couple of her favorite movies are “Bruce Almighty”, the trilogy “The Lord of the Rings”, and “Leon: The Professional”.