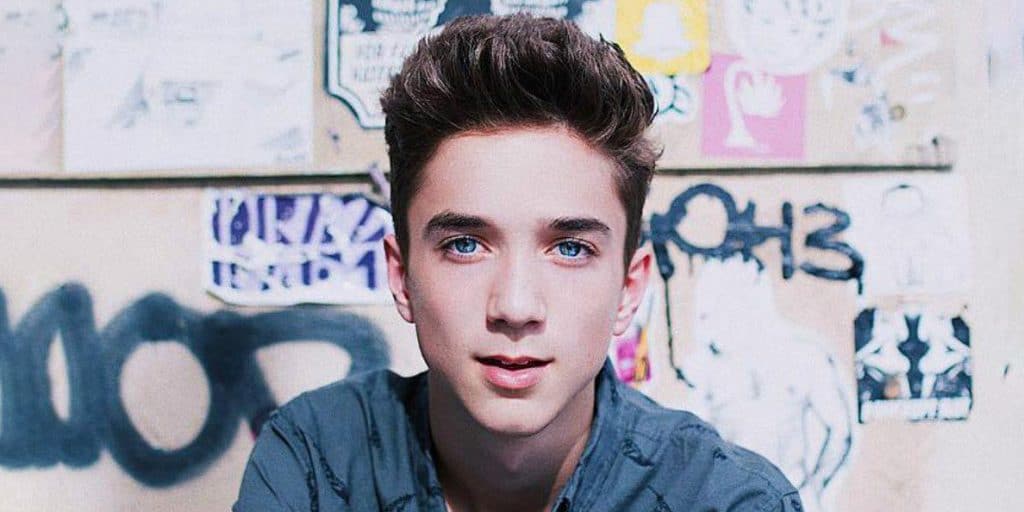 Who is Daniel Seavey? Age, Height, Girlfriend, Net Worth, Eyes

Daniel James Seavey was born in Vancouver, Washington State USA, on 2 April 1999 – his zodiac sign is Aries and he holds American nationality. He’s a singer and a songwriter, who’s probably known best for being a member of the boy band Why Don’t We, together with Corbyn Besson, Jack Avery, Zach Herron, and Jonah Marais.

Daniel was raised in Vancouver alongside his older brothers Tyler and Christian, and his younger sister Anna Seavey by their father Jeffrey and their mother Keri. Their parents prefer to be left out of media but it’s believed that Jeffrey’s a real estate agent and that Keri’s a hairdresser.

Daniel began singing at a very early age, and after his mother realized that he was talented, she enrolled him at a school for the performing arts, and by the time he turned 10, he had learned to play the piano, the guitar, the cello, and the violin. Daniel also entered a couple of talent shows, and occasionally travelled to Portland with his father to play music in the street. During one of these performances, Daniele sang “Someone Like You” by Adele, and according to several sources, over 300 people had gathered to listen to him, and they even stopped the traffic.

Daniel attended a local high school at which he played sports, continued practicing singing, and also acting. Upon matriculating in 2017, he chose not to enroll at college but to focus on his career as a musician.

The launch of his career

Daniel’s career was officially launched in January 2016, when he entered the 14th season of the singing competition show “American Idol”, performing the song “Hallelujah”. During the audition, he met his future bandmate Jack Avery. Daniel reached the top nine singers, but was eliminated on 2 April (his birthday).

He also met the American singer Harry Connick Jr. at the audition, who later invited Daniel to serve as his opening act for his two-week tour. Following this, Daniel began playing at bars and local shows, and also started uploading the videos of his cover songs onto his YouTube channel.

Daniel wasn’t invited to the first meet-up of his future bandmates in Los Angeles; they discussed forming the band, and after Daniel was brought up, they invited him to join the band as well.

The band Why Don’t We

The band was officially launched on 27 September 2016, and on 20 October their debut single entitled “Taking You” was released. On 25 November, they released their debut extended play (EP) “Only the Beginning”, which attracted some attention, but didn’t make them popular.

In early 2017, the boys embarked on their first tour, and on 21 April of the same year, their second EP was released entitled “Something Different”.

On 2 June their third EP came out, entitled “Why Don’t We”, and in September of the same year, the boys signed a contract with Atlantic Records, while the same month saw the release of their fourth EP entitled “Invitation”, followed by “A Why Don’t We Christmas” on 23 November 2017. What has also helped the boys become popular was their collaboration with the famous YouTuber Logan Paul, who directed three of their music videos, and also sang the song “Help Me Help You” with them.

In early 2019, they announced that they would be releasing a song each month, and on 16 January they released “Big Plans”, which was certified gold by the Recording Industry Association of America (RIAA). Their March song “I Don’t Belong in This Club” was also certified gold, as well as their August song “What Am I”, written by Ed Sheeran.

Why Don’t We announced the release of their second studio album by releasing its lead single “Fallin’ (Adrenaline)” on 29 September 2020, and it peaked at #37 on the US Billboard Hot 100 Chart, the boys’ first charting song. On 4 December, their second single “Lotus Inn” was released, followed by their third single “Slow Down” on 17 December.

The boys have stated that they are mostly inspired by Justin Bieber, Boyz II Men and Childish Gambino.

Daniel’s more or less secretive when it comes to his love life, and just recently in February 2021, he revealed that he’s in a relationship by uploading a picture onto his Instagram account which features him kissing Franny Arrieta, a fellow musician who has half a million followers on Instagram.

The two have apparently been close friends for several years, and in early 2020, they kissed but decided not to start dating as Daniel wasn’t ready for a relationship. After they officially started dating, Daniel wrote on Instagram ‘Franny, I was in the darkest place in my life and you were the light that healed it all for me.

You made me a better person.’ The two are still together as of May 2021, and seem to be happy with one another.

Daniel hasn’t mentioned any other girls whom he has perhaps been with, he hasn’t married and doesn’t have children.

Daniel likes to maintain his Instagram account, as he enjoys the attention he’s receiving from his two million followers. He’s uploaded over 1,200 pictures, most of which have been taken during his everyday life, as well as during his modelling photoshoots.

He’s passionate about travelling, and his singing career has made it possible for him to travel all around the US, as well as to a couple of European countries, including France and England.

Winter’s his favorite season, as Daniel’s an avid skier and snowboarder, however, he also likes summer, as he enjoys swimming in the ocean and playing beach volleyball.

He’s a huge fan of tattoos, and has five.

Daniel likes all animals – his favorites are lions and monkeys.

In his spare time, he likes to watch movies starring his favorite actor and actress Jim Carrey and Emma Watson, such as “Yes Man”, “Bruce Almighty” and the franchise “Harry Potter”.

Age, eyes and net worth