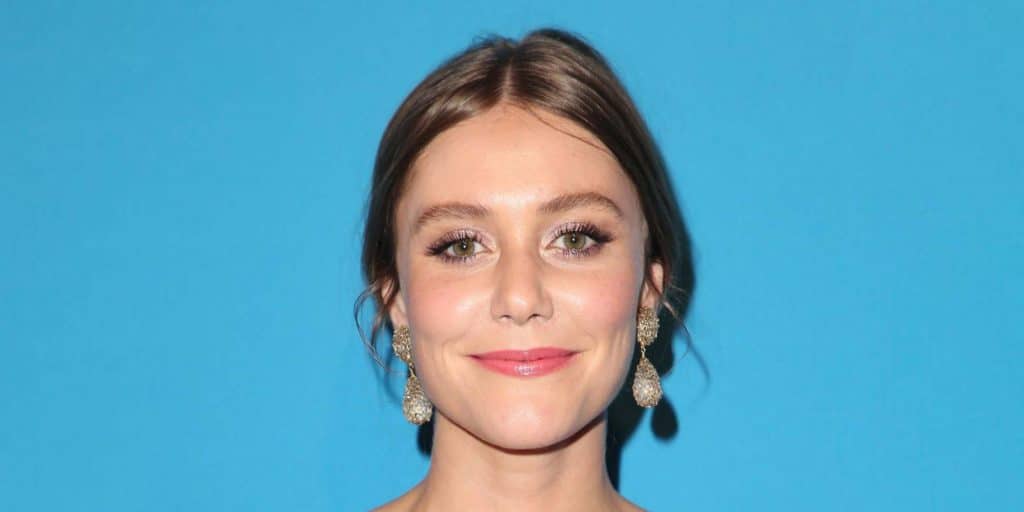 Who is Julianna Guill from ‘Friday the 13th’? Husband, Children

Who is Julianna Guill?

Julianna Minetree Guill was born on 7 July 1987 under the zodiac sign of Cancer in Winston-Salem, North Carolina USA. She is a 33-year-old actress, director, and producer, probably best recognized for landing the role of Bree in the slasher film “Friday The 13th” (2009), playing Becca Riley in the Bravo’s comedy-drama series “Girlfriends’ Guide To Divorce” (2014-2018), and featuring as Jessie Nevin in the Fox medical drama series “The Resident” (2018-2019).

How rich is she, as of now? Julianna Guill Net Worth

As of early 2021, Julianna Guill’s net worth is close to $1 million,acquired through her successful involvement in the film industry as a professional actress, director and producer, who has worked on more than 50 television and film titles since her career started back in the mid-2000s.

Julianna Guill spent her early years in Winston-Salem, where she was raised by her parents, Earl and Ann Guill. She has two siblings, however, there is no information about their names. She holds American nationality and belongs to White Caucasian ethnic group.

Julianna developed her love for acting and performing very early – she started training in ballet, jazz and tap dance, and singing in the choir at a young age. While in Richard J. Reynolds High School, she continued to sing in the choir, and also starred in some student films at the University of North Carolina School of the Arts. Upon matriculation in 2005, she furthered her education at New York University, but after one semester she quit and moved to Los Angeles, California to pursue her acting career.

Prior to becoming an actress, Julianna Guill spent some time working as a waitress while attending auditions. According to her IMDB profile, she made her debut appearance as Jane in the short romantic comedy film “Be Good Daniel” (2004), after which she guest-starred in the role of a money girl and as Ashley in two episodes of The WB’s drama series “One Tree Hill” (2004-2005). She then landed a small role in the 2005 short comedy film “Woodrow Wilson”, written and directed by Ryan Hunter. It was followed by her guest-starring appearances as Kelly in two episodes of the CBS police procedural drama series “CSI: Miami” (2006-2007), and Monica in an episode of the CBS procedural forensics crime drama series “CSI: Crime Scene Investigation” (2007).

Between 2008 and 2009, Julianna Guill was cast in the main role of Scarlet Hauksson in the web series “My Alibi”, produced by Take180 and aired for 18 episodes. She then gained worldwide recognition by starring as Bree in Marcus Nispel’s 2009 slasher film “Friday the 13th”, which became a box office success. It was followed by her portrayals of Stacy in the comedy film “2 Dudes And A Dream”, directed by Nathan Bexton, and Katy in another comedy film, entitled “Road Trip: Beer Pong” – the sequel to the 2000 comedy film “Road Trip” – both also in 2009. During the same year, Julianna took the small part of another girl in the teen sex comedy film “Fired Up!”, and played Madison Penrose in the MTV slasher film “My Super Psycho Sweet 16”, which she would reprise in its 2010 sequel entitled “My Super Psycho Sweet 16: Part 2”.

In the same year, Julianna also landed the role of Vanessa in the romantic drama film “Five Star Day”, portrayed Tracey Kilsner in the web series “Sweety”, played Eva in the teen comedy film “Costa Rican Summer”, alongside Peter Dante and Pamela Anderson, and featured as Mel in the horror film “Altitude”, directed by Kaare Andrews.

By the end of the year, she also had parts in the short comedy film “Closing Time” and the comedy film “15 Minutes”, after which she then joined the cast of the TBS comedy-drama series “Glory Daze”, playing Christie Dewitt from 2010 to 2011.

In 2011, Julianna Guill landed the role of Madison in the romantic comedy-drama film “Crazy, Stupid, Love”, next to Steve Carell, Ryan Gosling, and Julianne Moore, played Janelle in the short comedy film “Dial M For Murder”, and featured as Julia in the short comedy film “Blast Off”. During the same year, she also guest-starred as a head cheerleader in an episode of the NBC sitcom “Community”, and Vivienne in an episode of the USA Network detective comedy-drama series “Psych”. It was followed by her portrayals of Rebecca in the biographical film “A Green Story”, Claire in the time-loop thriller film “Mine Games”, and Lydia in the supernatural horror film “The Apparition”, all in 2012.

Thereafter, Julianna made a guest-starring appearance as Jody Sullivan in an episode of the NBC legal comedy-drama series “Harry’s Law” (2012) and played Bekah in the MTV comedy-drama mini-series “Underemployed” (2012-2013). In 2013, she featured in the main role of Drew in the Netflix comedy series “Bad Samaritans” and guest-starred as Ashley Fouladi in an episode of the CBS police procedural crime drama series “Criminal Minds”.

After starring in the role of Anya in Chris Messina’s drama film “Alex Of Venice”, Julianna guest-starred as Haylee Gazelian in an episode of the ABC / TBS sitcom “Cougar Town” and Corynn Mcwatters in an episode of the ABC / Hulu romantic comedy series “Selfie”, all in 2014. Later that year, she joined the cast of the Bravo comedy-drama series “Girlfriends’ Guide To Divorce”, in which she portrayed Becca Riley through 2017.

Concurrently, she played Viceroy in the adventure film “Bad Night”, directed by Chris and Nick Riedell, and featured as Ann in Mitch Davis’ Christmas comedy film “Christmas Eve”, both in 2015.

In the next year, Julianna landed the roles of Sandy Stills-Patagonia in the made-for-TV comedy film “Quest For Truth”, played Brittany Wilcox in Nathan Andrew Jacobs’ comedy film “Killing Poe”, and featured as Stark’s assistant in the superhero film “Captain America: Civil War”, alongside Chris Evans, Robert Downey Jr. and Scarlett Johansson. It was followed by her portrayals of Taylor Morgan in the made-for-TV romantic comedy film “Summer In The City” and Talia in the made-for-TV comedy film “Sunset PPL”, also in 2016. During the same year, she also guest-starred as Dr. Alice Rosenberger in two episode of the CBS police procedural comedy-drama series “Rush Hour” and Talia in two episodes of the web series “Relationship Status”.

In 2017, Julianna played Dr. Butterfly McMillan in the USA Network comedy film “Psych: The Movie”, and landed the small role of a receptionist in the documentary film “Becoming Bond”. Later that year, she also made guest-starring appearances as Astrid in an episode of the Fox police procedural drama series “Rosewood”, and Dina in an episode of the Fox / Hulu romantic comedy film “The Mindy Project”. It was followed by her portrayals of Margaret Donnelly in the drama thriller film “Lawless Range (2018) and Jessie Nevin in the Fox medical drama series “The Resident” (2018-2019). In 2019, she guest-starred as Kara Wheeler in an episode of the Hulu horror anthology series “Into The Dark” and took the role of Nina in the Lifetime romantic comedy film “Grounded For Christmas”.

Most recently, she featured as Brooke in the Lifetime romantic drama film “Christmas On The Vine”, and directed and produced the short film “Silent Date”, both in 2020.

Julianna Guill was romantically involved with famous actor Ethan Peck between 2012 and 2014. Following their split, she started dating Ben McMillan, a producer and screenwriter known for working on the Nickelodeon comedy series “Max & Shred” and the Comedy Central series “Atom TV”. The couple eventually exchanged their wedding vows at a ceremony held on 26 September 2015 in Martha’s Vineyard, Massachusetts. Two years later, Julianna gave birth to their first child, a daughter named Mabel, and the couple welcomed their second child, a son named Hartsfield Oscar, in January 2021. The family currently resides in Los Angeles.