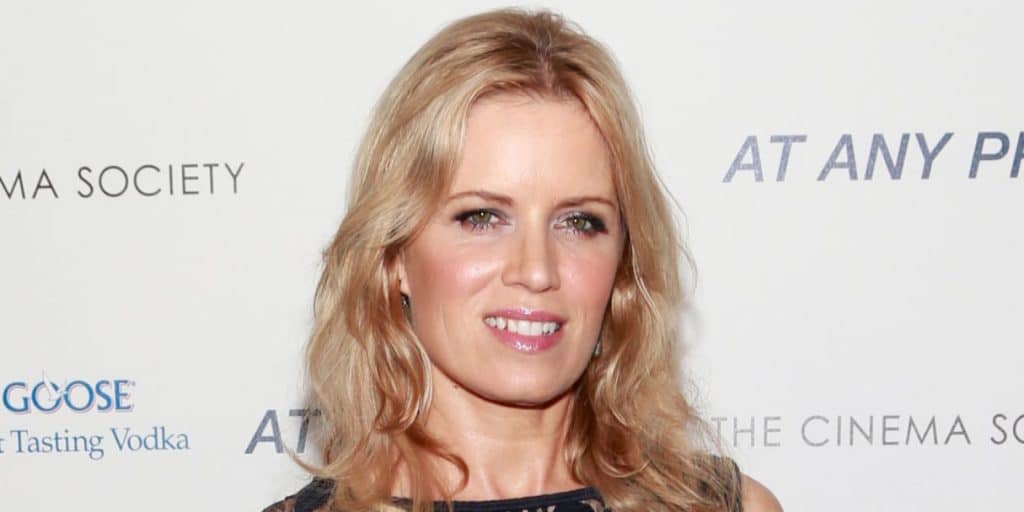 Kimberly Jan ‘Kim’ Dickens was born in Huntsville, Alabama USA, on 18 June 1965 – her zodiac sign is Gemini, and she holds American nationality. She’s an actress with more than 50 credits to her name, while she’s perhaps known best for her portrayal of Detective Rhonda Boney in the 2014 mystery thriller movie “Gone Girl”, directed by David Fincher, and which starred Ben Affleck, Rosamund Pike and Neil Patrick Harris. It’s about a man who might be responsible for his wife’s disappearance, and the movie won 64 of the 153 awards for which it was nominated, including an Oscar nomination.

Kim was raised in Huntsville by her father Justin Dickens, who was a country-western singer, and her mother Pam Howell who was a housewife; as Kim hasn’t spoken of having any siblings, she’s believed to be an only child.

She studied at Lee High School, and was mostly interested in playing sports during her four years there, but was also into other activities, including dancing and singing. Upon matriculating in 1983, she enrolled at Vanderbilt University, and it was there that she became interested in acting, after having appeared in the university’s production of “Sexual Perversity in Chicago”; Kim was also on the university’s softball and tennis teams.

During her studies, Kim worked as a waitress to financially support herself.

Kim made her debut film appearance in 1995, with her portrayal of Laurie, in the crime comedy “Palookaville”, and by the end of the ‘90s, had appeared in close to 10 other movies, with some of the most notables having been the 1996 drama “Two Mothers for Zachary”, the 1997 action crime drama “Truth or Consequences, N. M.”, and the 1998 action crime drama “Mercury Rising”.

In 2000, Kim was cast to play Linda, in the hit fantasy horror drama “The Gift”, directed by Sam Raimi, and which starred Cate Blanchett and Keanu Reeves. It follows a fortune teller, who has been asked to help find a woman who has disappeared, and the film was nominated for 11 awards. The following years saw Kim appear in several popular movies, such as the 2003 crime drama “House of Sand and Fog”, the 2004 drama “Goodnight, Joseph Parker”, and the 2005 comedy drama “Thank You for Smoking”. In 2009, she portrayed Mrs Boswell, in the biographical sports drama “The Blind Side”, written and directed by John Lee Hancock, and which starred Quinton Aaron and Sandra Bullock. It follows the homeless boy Michael Oher, as he goes on to become one of the best Football Players in America; the movie won 10 awards, including an Oscar, while it was nominated for 30 other awards.

Kim appeared in a couple of critically acclaimed movies in the 2010s, such as the 2011 musical comedy drama “Footloose”, the 2016 family adventure drama “Miss Peregrine’s Home for Peculiar Children”, and the 2019 biographical crime drama “The Highwaymen”. Her most recent movie role has been her portrayal of Emma in the 2021 adventure drama “Land”, which won two of the five awards for which it was nominated.

Kim is currently shooting for the upcoming mystery crime drama “The Good Nurse”.

She made her debut TV series appearance in the 1995 episode “Cost of Living” of the drama “New York News”, and the following years saw Kim appear in an episode of several series, including the action crime thriller “Swift Justice”, and the comedy “Spin City”.

In 2001, she was cast to star as Sarah Day, in the mystery crime drama “Big Apple”, and in 2003, Kim starred as Danni in all six episodes of the romantic mini-series “Out of Order”. She gained recognition in 2004, when she played Joanie Stubbs in the hit historical crime drama western “Deadwood”, created by David Milch, and which starred Timothy Olyphant, Ian McShane and Molly Parker. It follows the people living in 1800s Deadwood, South Dakota, and aired from 2004 to 2006, winning 36 awards, including eight Primetime Emmys, while it was nominated for 85 other awards. A couple of Kim’s following roles were in all six episodes of the comedy “12 Miles of Bad Road”, four episodes of the adventure fantasy drama “Lost”, and 11 episodes of the sports drama “Friday Night Lights”.

Between 2010 and 2013, she starred as Janette Desautel in the musical drama “Treme”, and between 2015 and 2018, she portrayed Madison Clark in the hit science fiction horror drama “Fear the Walking Dead”.

Kim’s most recent role in a TV series has been her portrayal of Eve Raytek in the 2020 mystery crime drama “Briarpatch”, created by Andy Greenwald, and which starred Rosario Dawson and Jay R. Ferguson. It follows a senator’s aide who has returned to her hometown of San Bonifacio, Texas, to investigate her police sister’s death.

In 2013, Kim received special thanks for the short fantasy movie “Kuhani”.

She has been featured in a number of short documentary videos, such as the 1999 “Watch the Mercury Rising”, the 2012 “Everybody Cut: The Stars of ‘Footloose’”, and the 2015 “Carpe Diem: The Final Season of Sons of Anarchy”.

Kim has made a guest appearance in many talk-shows, including “Entertainment Tonight”, “Extra with Billy Bush” and “Last Call with Carson Daly”.

In 2009, Kim won a Gold Derby TV Award for Ensemble of the Year, for her and her colleagues’ performance in the sports drama series “Friday Night Lights”.

She has been nominated for nine other awards, including two Academy of Science Fiction, Fantasy & Horror Films Saturn Awards, a Screen Actors Guild Award, and an Online Film & Television Association Award.

Kim’s highly secretive when it comes to her love life, so there are various rumors circulating the internet concerning both her sexual orientation, and current relationship status.

Some sources claim that she has been in a relationship with Jill Sobule since 2008, a non-celebrity American woman, who holds a Law degree.

The two have apparently been seen spending time together on numerous occasions, however, it hasn’t been confirmed that they are in a relationship, nor have the two commented on this.

Another rumor has it that she’s today married to the Canadian businessman Ken Dixon, but this hasn’t been confirmed either; it’s also said that they have a daughter together, born in 2000.

Kim hasn’t commented on any of the rumors regarding her love life, so as of August 2021, she seems to be single, hasn’t married and doesn’t have children, although rumored to have a daughter.

Kim’s a huge fan of music, with her favorite genre being country. She’s stated that she’s a country girl, and that her car radio is always on a country station.

She’s a huge cat lover, and her pet cat can be seen featured in several of her Instagram pictures.

Kim loves to travel, especially to embark on road trips. Her career has taken her to various US states, as well as to a couple of European and Asian countries. She’s also into tasting various cuisines, and her favorite is Mexican food.

Kim likes to watch movies late at night, and her favorite actor and actress are Richard Gere and Angelina Jolie, while a couple of her favorite films are “Gone in 60 Seconds”, “Next” and “Lara Croft: Tomb Raider – The Cradle of Life”.