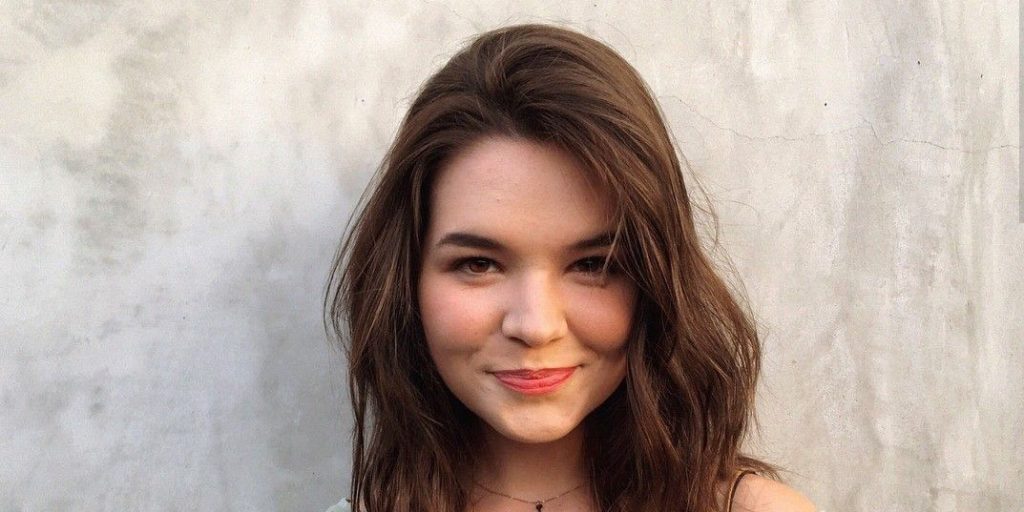 Madison McLaughlin was born in Baton Rouge, Louisiana USA, on 5 November 1995 – her zodiac sign is Scorpio and she holds American nationality. She is an actress who is perhaps known best for her portrayal of Evelyn Sharp in the action crime adventure series “Arrow”, created by Greg Berlanti, Marc Guggenheim and Andrew Kreisberg, and which starred Stephen Amell, Katie Cassidy and David Ramsey. It follows Oliver Queen, a rich playboy who was believed to be dead for five years after his yacht was lost at the sea, however, Oliver returns as a new man and wants to clean-up his city of criminals with his bow.

Madison was raised in Baton Rouge alongside her sisters Mahrynn, Mallory and Marissa, and brother Taylor by their parents about whom nothing is known except that they divorced when Madison was 15.

She was two years old when she appeared in a commercial, and went on to take acting lessons. She attended a local elementary school at which she was a member of the drama club, while she was also creating her own movies at home, writing and directing them. Aged 11, Madison moved with her family to Los Angeles in California so that she could pursue an acting career, and initially appeared in plays performed at a local theatre including “Arc” and “Sound of Music”.

Madison enrolled at a local high school in 2009, and in the same year entered the Miss California Teen USA beauty pageant. She also launched her acting career in the same year, with her portrayal of a student in the drama series “Dangerous Women”, and then portrayed Amy in the short comedy movie “Don’t Touch It”.

Madison matriculated in 2013, and chose not to pursue a college degree but to focus on her already blossoming acting career.

In 2010, Madison portrayed Alison DeMatti in the action adventure “Meteor Apocalypse”, written and directed by Micho Rutare, and which starred Joe Lando, Claudia Christian and Cooper Harris. The film follows a meteor which entered the Earth’s orbit and is now disintegrating and bombarding the planet with debris. It received poor reviews.

In the same year, Madison appeared in another unsuccessful film – the comedy “Stacy’s Mom” – but then starred as Jenny in the short fantasy drama “Young Again”, written and directed by Melody Rock, and which follows Ethan and Bella who are in their twenties and who, after going through a mysterious door at a park, find themselves living in their 10-year old bodies.

As she has mostly been focused on appearing in TV series since then, Madison’s only two other movies roles have been in the 2012 comedy “Isabel”, and the 2019 thriller “Most Likely to Murder”. She has recently finished shooting for the upcoming short romantic drama “Picture Window”.

In 2011, Madison portrayed Annabeth Lisbon in the episode “Where in the World is Carmine O’Brien” of the mystery crime drama “The Mentalist”, created by Bruno Heller, and which starred Simon Baker, Robin Tunney and Tim Kang. It follows a psychic who admits that he’s a fake after his wife and daughter were killed by a madman, and is now helping the police catch the perpetrator. The series aired from 2008 to 2015 and won four awards, while it was nominated for 16 others including a Golden Globe.

Madison went on to make guest appearance in one or two episodes of various series, such as the action crime drama “NCIS”, the fantasy horror “Supernatural” and the action fantasy drama “Teen Wolf”.

She gained recognition in 2013 after being cast to portray Kris Slater in five episodes of the action crime drama “Major Crimes”, created by James Duff and which starred Mary McDonnell, G. W. Bailey and Tony Denison. It follows the life of Captain Raydor working in the Los Angeles Police Department, and the series was nominated for seven awards, winning four.

Madison was again invited to guest star in various series, including the critically acclaimed romantic comedy “Modern Family”, the drama “Mad Men”, and the family comedy “Girl Meets World”, before in 2015 being invited to portray the supporting character Michelle Sovana in nine episodes of the hit action crime drama “Chicago P. D.”.

Her three most recent roles in TV series have been in the 2018 episode “The Business of Saving Lives” of the drama “Code Black”, the 2019 episode “Pre-Existing: Pilot” of the drama “Aware I’m Rare”, and the 2020 episode “Say It Ain’t So” of the romantic science fiction drama “Roswell, New Mexico”.

Madison is quite secretive when it comes to her love life, and has only spoken about a single boy she has been with. In 2012, she was in a relationship with Dalton Rapattoni, an American singer who is perhaps known best for having competed in the singing reality show “American Idol”, finishing third behind Trent Harmon and La’Porsha Renae. Madison and Dalton dated for around a year before splitting ways for unknown reasons.

Since the break-up, Madison hasn’t been seen spending time with any men, nor has she mentioned anyone she has perhaps dated, however, there are rumors circulating the internet claiming she might now be in a relationship with a mysterious man, but this hasn’t been confirmed.

As of February 2021, Madison seems to be single, hasn’t married and doesn’t have children.

Madison has been interested in dancing since a very early age, and took dancing lessons for six years, while she also took cheerleading lessons for two years while attending high school.

She is a philanthropist who is mostly focused on working with the organizations Global Genes and Shane’s Inspiration, which aim to make the world a more accessible place for people with disabilities.

Madison is a dog-lover, and has a pet dog called Ezra which can be seen featured in some of her Instagram pictures.

She has her own favorite actors and actresses, some of whom are Ryan Gosling, Matt Damon and Emma Watson – a couple of her favorite movies are “The Notebook”, “Good Will Hunting” and “The Perks of Being a Wallflower”.