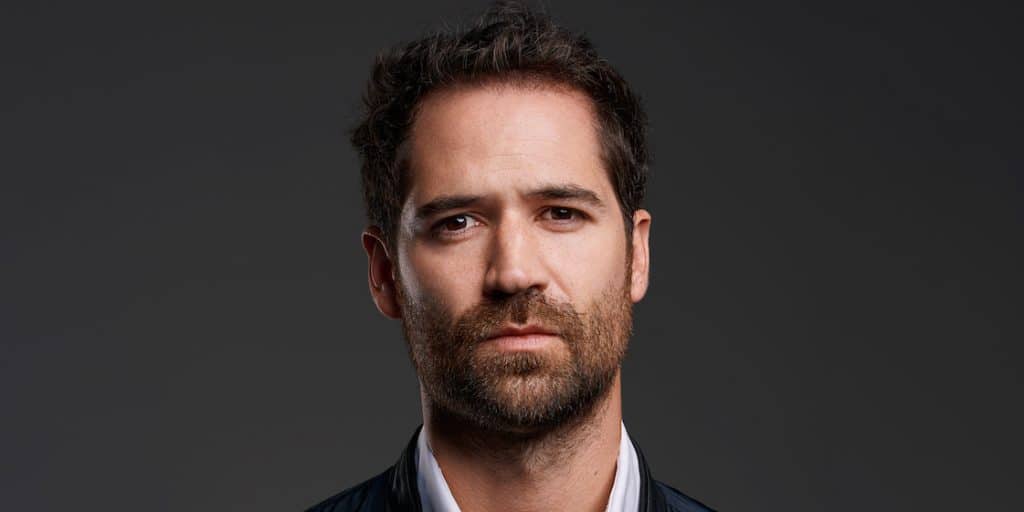 Who is Manuel Garcia-Rulfo from ‘The Magnificent Seven’?

Manuel Garcia-Rulfo La Puente was born in Guadalajara, Jalisco, Mexico, on 25 February 1981 – his zodiac sign is Aquarius and he holds Mexican nationality. He is an actor, who might be known best for his portrayal of one of the lead characters in the 2016 western action adventure movie “The Magnificent Seven”, written by Akira Kurosawa, directed by Antoine Fuqua, and which starred Denzel Washington, Chris Pratt and Ethan Hawke. The film follows seven gunmen hired by a widow to keep her city safe from an army hired by an industrialist – it won five awards and was nominated for 12 others.

Manuel was raised on a ranch in Guadalajara, and being as secretive as he is, hasn’t shared any details concerning any siblings or his parents.

He grew up being interested in horses and learned to ride at a very early age. He became interested in acting at quite an early age as well, and spent some time in the US state of Vermont to learn English. Manuel attended a local high school at which he was mostly interested in acting, and was a member of the school’s drama club, appearing in many of the plays performed while he was there. Upon matriculating in 1999, he enrolled at the Universidad del Valle de Atemajac, from which he graduated with a Bachelor’s degree in communications in 2003 – he continued his education at New York Film Academy, but quit to focus on his acting career.

Manuel subsequently worked several jobs to financially support himself, and then in 2006 he launched his acting career with his debut film appearance in the short drama “Valle de Lagrimas”, which follows the life of a pregnant warmhearted woman, but the film attracted little attention.

In 2007, Manuel was invited to play Mario in the drama “Maquillaje”, and then in 2009 he played Cristian in the drama “One for the Road”, written and directed by Eva Lopez Sanchez, and which starred Maria de Los Angeles Ayuso, Antonio Bassols and Rossana Camhi – it follows the Friday night of three men: Juan, Cristian and Rodrigo.

The year 2014 saw him portray Arturo in the drama “Cake”, which starred Jennifer Aniston, Adriana Barraza and Anna Kendrick, and follows a woman who becomes interested in another woman’s suicide, and starts dating her widower – the movie won five awards and was nominated for eight others, including one Golden Globe. In the same year, Manuel starred as Ivan in the short drama “Cuando Volvamos a Vernos”.

Manuel went on to play supporting roles in several movies in 2015 and 2016, such as the short romantic drama “Missed Trains”, the action crime drama “Term Life”, and the comedy “Tales of an Immoral Couple”.

The year 2017 saw him play Biniamino Marquez in the mystery crime drama “Murder on the Orient Express”, written by Michael Green and Agatha Christie and directed by Kenneth Branagh, who also starred in it alongside Penelope Cruz and Willem Dafoe – the movie is based on the Agatha Christie’s eponymous book, and won one award and was nominated for 25 others.

In 2018, Manuel appeared in three movies: “Sicario: Day of the Soldado”, “Widows” and “Perfect Strangers”, and three of his most recent roles in movies have been in the 2019 mystery horror “Mary”, the 2019 action thriller “6 Underground”, and the 2020 historical action drama “Greyhound” – he has recently been cast to appear in several upcoming movies, including “Sweet Girl”, “El Rey de Todo el Mundo” and “Good Savage”.

Manuel made his debut TV series appearance in 2011, when cast to play Padre Pro in the episode “El Ultimo Caudillo” of the biographical series “El Encanto del Aguila”, set at the time of the Mexican revolution.

The following year saw him appear in a single episode of the comedy “Ralph Inc.”, which aired only five episodes and failed to attract a lot of attention, then in 2013 Manuel played Father Esteban in the episode “Eye to Eye” of the science fiction mystery “Touch”. His first notable performance in a TV series came in the same year, when he played Gabriel in five episodes of the critically acclaimed romantic comedy “Alguien Mas” which starred Ana Serradilla, Fernando Alvarez Rebeil and Edwarda Gurrola, and follows Arturo who finally learns how to cope with his girlfriend leaving him, just when she decides to come back to him.

In 2014, Manuel played Narciso Menendez in nine episodes of the action crime horror “From Dusk Till Dawn: The Series” created by Robert Rodriguez, and which starred D. J. Cotrona, Zane Holtz and Jesse Garcia – it follows a Texas Ranger and the criminal group the Gecko brothers, who become stuck in a desert bar owned by vampires. The series was nominated for seven awards.

Manuel’s most recent role in a TV series has been in the 2018 drama “Goliath”, which follows a lawyer who gets a chance to avenge himself after being fired from his company – the series was a hit, winning a Golden Globe for Best Performance by an Actor in a Television Series – Drama for Billy Bob Thornton, and was nominated for seven other awards.

Manuel has been asked during various interviews about his love life, but has refused to share any details of it with the public – some people speculate that he might be a married man who is keeping his wife away from the spotlight, while others claim that he’s possibly gay, as fans have even stated to have seen him being rather too close to a male friend, however, no proof has been provided to support these claims, and Manuel hasn’t commented on any.

There are also those who claim to have seen Manuel spending time with a mysterious woman, and that the two have recently become engaged but this hasn’t been confirmed either. So as of December 2020, the popular actor appears to be single, hasn’t married and doesn’t have children.

Manuel is very sporting, and has enjoyed playing soccer since attending elementary school, as soccer was and still is very popular in Mexico – Manuel only plays with his friends and it’s usually once or twice a month.

One of his favorite hobbies is photography, and many pictures taken by Manuel can be found uploaded onto his Instagram account, which is followed by around 70,000 people – he also occasionally uploads pictures featuring his dog.

He is keen on travelling, and enjoys going on road trips.

Manuel has his own favorite actors and actresses, some of whom are Keanu Reeves, Will Smith and Cameron Diaz, while a couple of his favorite movies are the trilogy “The Matrix”, “I Am Legend” and “The Mask”.