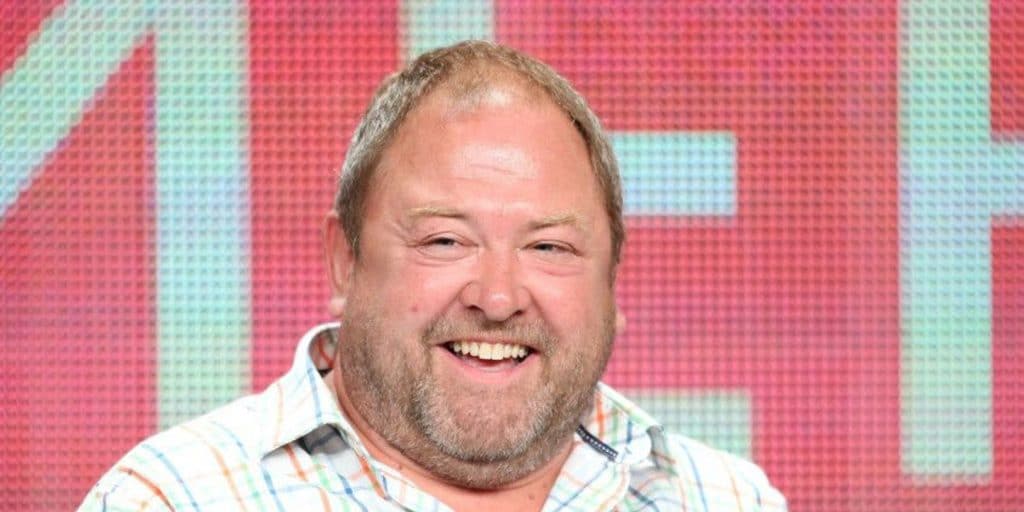 Who is Mark Addy from ‘GoT’? Wife Kelly Johnson, Net Worth, Wiki

Mark Ian Addy was born in York, England, on 14 January 1964 – his zodiac sign is Capricorn, and he holds British nationality. He’s an actor, who’s perhaps known best for his portrayal of King Robert Baratheon in the hit action adventure series “Game of Thrones”. It was created by D. B. Weiss and David Benioff, starred Kit Harington, Emilia Clarke and Peter Dinklage, and follows nine noble families fighting for the lands of Westeros, before uniting to fight their common enemy. The series aired from 2011 to 2019, and won 441 awards, including 59 Primetime Emmys, while it was nominated for 623 other awards.

Mark Addy in rehearsal for The Hypocrite. Photo by Pete Le May

Mark was raised in York by his father Ian, who worked as a glazier at York Minster, and his mother who’s a housewife. He hasn’t spoken of having any siblings, and is thus believed to be an only child.

Mark became interested in acting while attending Joseph Rowntree School; he was encouraged by his drama teacher to appear in a school play, and Mark instantly fell in love with performing. He could then have been seen appearing in nearly all the plays performed at the school, and upon matriculating in 1982, he enrolled at Royal Academy of Dramatic Art, from which he obtained his Bachelor of Arts degree in 1984.

He was mostly focused on appearing in theatre plays for the following three years, before launching his career on TV.

Mark has appeared in close to 70 movies and TV series, and we’re about to mention more of his most notable performances.

In 1996, he was cast to star as D. C. Gary Boyle, in the crime comedy “The Thin Blue Line”, created by Ben Elton, and which also starred Rowan Atkinson and Mina Anwar. It follows the life of Inspector Fowler and his colleagues at an English police station. The series won one of the two awards for which it was nominated.

The 2000s saw Mark appear in a couple of critically acclaimed series, such as the comedy “Too Much Sun”, the romantic comedy “Still Standing” and the comedy drama “Bonkers”. Between 2011 and 2013, he starred as Andy, in the comedy “Trollied”, which also starred Rita May and Jason Watkins, and follows the lives of people working at a supermarket in Warrington, England.

Three of Mark’s most recent roles in TV series have been in the historical thriller drama “The Salisbury Poisonings”, the biographical adventure comedy “Urban Myths”, and the comedy “King Gary”, all in 2020.

Mark made his debut film appearance in 1987, with his portrayal of Tony in the comedy “The Continental”, and a couple of his following roles were in the 1990 romantic horror “Dark Romances Vol. 2”, the 1996 drama “Respect”, and the 1997 drama “The Heart Surgeon”.

He gained recognition in 1997, with his portrayal of Dave, one of the lead characters in the hit comedy drama “The Full Monty”. Written by Simon Beaufoy and directed by Peter Cattaneo, it also starred Robert Carlyle and Tom Wilkinson, and follows six unemployed steel workers who become male strippers – it won 38 awards, including an Oscar, while it was nominated for 35 other awards.

The 2000s saw Mark appear in over 10 movies, with a couple of his most notable performances being in the 2001 romantic action adventure “A Knight’s Tale”, which starred the late Heath Ledger, the 2002 action science fiction adventure “The Time Machine”, and the 2009 mystery crime drama “Red Riding: The Year of Our Lord 1983”.

In 2010, Mark was cast to play Friar Tuck in the action adventure drama “Robin Hood”, directed by Ridley Scott, and which starred Russell Crowe, Cate Blanchett and Matthew Macfadyen. It follows Robin Longstride who in the 12th century England, led his fellow villagers to stand against the crown. The movie won one of the 15 awards for which it was nominated.

Three of Mark’s most recent roles in movies have been in the 2019 family drama “The Runaways”, the 2019 romantic drama “Downton Abbey”, and the 2020 short comedy “Swan”.

In 2000, Mark sang the song “This Isn’t Love” in the romantic family comedy movie “The Flintstones in Viva Rock Vegas”.

He has been featured in many documentaries, such as the 2001 short series “HBO First Look”, the 2011 short video “Game of Thrones: Costumes”, and the 2018 mini-series “The Yorkshire Steam Railway: All Aboard”.

Mark has made a guest appearance in numerous talk-shows, including “The Daily Show”, “The Tonight Show with Jay Leno”, and “Late Night with Conan O’Brien”.

He has been nominated for seven other awards, including a 1998 prestigious BAFTA Award for Best Performance by an Actor in a Supporting Role, a 2004 Young Artist Award for Most Popular Mom & Pop in a Television Series, and a 2012 Screen Actors Guild Award for Outstanding Performance by an Ensemble in a Drama Series.

Mark’s more or less secretive when it comes to his love life, but has allowed his fans to have a glimpse at it. He exchanged vows with Kelly Johnson back in 1996; not a lot is known about Kelly, as she prefers to stay away from the media’s attention. In 2000, she gave birth to their daughter Ruby, and three years later, they welcomed their son Charlie; their second son Oscar followed in 2005.

Mark hasn’t spoken of any other women whom he has perhaps been with, and it’s believed by some that Kelly was also his first love.

As of July 2021, he’s married to Kelly Johnson, and has three children with her.

Mark loves to travel, and his acting career has made it possible for him to visit many European countries, various US states, as well as a couple of Asian countries and Canadian cities. His dream travel destination is Miami in Florida.

He’s a lover of animals, with horses being his favorites; Mark has learned to ride horses because it was required for a movie role, however, he finds it hard to act while on horseback.

All hail the Weapons Master and his grace, Robert Baratheon. Tommy Dunne and @MrMarkAddy are here for the Thronecast finale! We're on @skyatlantic at 10:35pm #GameofThrones pic.twitter.com/joAtoQeZb0

He’s into stand-up comedy, and a couple of his favorite comedians are the late Robin Williams, Jerry Seinfeld and Chris Rock.

Mark has his own favorite actors and actresses, some of whom are Will Smith, Jim Carrey and Kate Winslet, while a couple of his favorite movies are “I Am Legend”, “Ace Venture: Pet Detective – When Nature Calls” and “Titanic”.