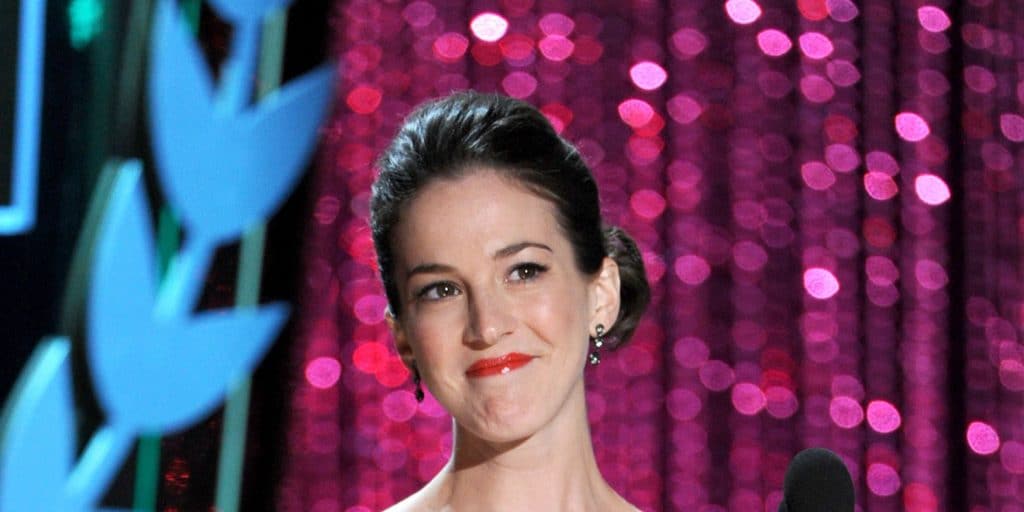 Who is Martha MacIsaac?

Martha MacIsaac was born on 11 October 1984 under the zodiac sign of Libra, in Charlottetown, Prince Edward Island, Canada. She is a 36-year-old actress, writer and producer, probably best recognized for landing the role of Paige in the revenge horror-thriller film “The Last House On The Left” (2009), playing Kate Warne in the Canadian Western police procedural TV series “The Pinkertons” (2014-2015), and featuring as Jane ‘Peaches’ Bartkowicz in the biographical sports film “Battle Of The Sexes” (2017).

How rich is she, as of now? Martha MacIsaac Net Worth

As of mid-2021, Martha MacIsaac’s net worth is estimated at over $500,000; acquired through her successful involvement in the entertainment industry as a professional actress, who has garnered almost 40 television and film acting credits since she launched her career in the late 1990s.

Martha MacIsaac spent her early years in her hometown of Charlottetown, where she was raised by her father, Bruce and mother, Irene MacIsaac; however, their professions haven’t been revealed to the public; she has two elder sisters whose names are unknown.

She holds Canadian nationality and belongs to White Caucasian ethnic group. Regarding her education, it’s known that she attended Queen Charlotte Junior High and Colonel Gray High School, both located in her hometown.

Martha MacIsaac began her acting career in 1998 by making her debut appearance when she joined the cast of the CBC drama series “Emily Of New Moon”, in which she landed the main role of Emily Byrd Star until its finale in 2000. The series is based on the books written by Lucy Maud Montgomery.

Her feature film debut came in 1999 with her portrayal of Sally in the made-for-TV drama film “Angel Light”, after which she played the young Gabby Castellani in the ABC Family romantic comedy film “This Time Around” (2003) and featured as Vivian Leigh Basha in the CBS crime drama film “Suburban Madness” (2004). She then had small parts as a mean party girl in the teen sports comedy film “Ice Princess”, alongside Joan Cusack and Kim Cattrall, and Moria Lewellyn in the ABC Family romantic comedy film “I Do, They Don’t”, both in 2005.

In 2006, Martha MacIsaac performed as Hedwig in the play “The Wild Duck”, for which she earned a Dora Mavor Moore Award nomination for Outstanding Performance by a Female in a Principal Role – Play.

She then had a part as Emily Webb in Thornton Wilder’s play “Our Town” (2006) and David French’s play “Leaving Home” (2007), both with The Soulpepper Theater Company. Thereafter, Martha provided the voice to Melosa in the Canadian-Luxembourgish animated series “Di-Gata Defenders”, which ran on Teletoon for two seasons from 2006 to 2008.

Concurrently, Martha continued to work on other projects. In 2007, she took the role of Becca in the American coming-of-age teen comedy film “Superbad”, next to Jonah Hill and Michael Cera. Directed by Greg Mottola, it was both a critical and commercial success, grossing over $170 million against the budget of $20 million.

It was followed by her voice-overs of Edyn in the Canadian animated series “Magi-Nation” aired on CBC Television from 2007 to 2010, and Sarah in the Christian children’s program “Friends And Heroes” in 2008.

In 2009, Martha MacIsaac took the role of Paige in the remake of Wes Craven’s 1972 horror film “The Last House On The Left”, co-starring alongside Tony Goldwyn and Monica Potter. It was commercially successful and followed by her portrayal of Evelyn in the sci-fi horror thriller film “The Thaw” in the same year. Her next major appearance came when she was cast as Dana Stockwell in the American comedy-drama TV series “Greek” (2010-2011), aired on ABC Family.

She then had a part as Casey McMullen in the 2011 comedy film “Faith, Fraud & Minimum Wage”, after which she landed the role of Charlotte Baker in April Mullen’s 2012 adventure-horror comedy film “Dead Before Dawn 3D”, sharing the screen with Christopher Lloyd. Martha then appeared in the main role of Becca Gilchrist in the TV sitcom “1600 Pen”, which follows a dysfunctional family that lives in the White House. The series was aired on NBC from 2012 until it was canceled after a single season in 2013.

Between 2012 and 2020, she provided her voice to Patty and an airport announcer in the critically-acclaimed Fox adult animated sitcom “Family Guy”.

Concurrently, in 2013 Martha produced and starred as a girl in the short crime drama film “Seasick Sailor”, after which she won a Rising Star award at the Gasparilla International Film Festival in 2014. Her next main role came in the first-run syndicated Canadian Western police procedural TV series “The Pinkertons”, in which she featured as detective Kate Warne from 2014 to 2015. She then played Greta in the comedy-drama film “Almost Anything”, for which she also served as a writer and executive producer, and co-wrote the short comedy-drama film “The Bed”, both in 2015.

Two years later, she landed the role of Jane ‘Peaches’ Bartkowicz in the biographical sports film “Battle Of The Sexes”, sharing the screen with Steve Carell and Emma Stone.

It was directed by Jonathan Dayton and Valerie Faris, and received positive reviews even though it was a commercial failure. Recently, she had a part as Sabrina in Brie Larson’s fantasy comedy-drama film “Unicorn Store” (2017) and portrayed Sarah in the psychological horror-thriller film “What Keeps You Alive” (2018).

Martha MacIsaac has married twice. Her first husband was film producer, director and writer Torre Catalano, known for his work on “Marcy”, “Live From The Artists Den”, and “Becoming Bobby Feeno”. The couple tied the knot at a ceremony held on 10 July 2010 but their marriage ended in 2015. Following their split, she went on to date a man named Kyle McCullough; they became engaged on 5 December 2018, married in 2019, and in mid-October that year she gave birth to their first child, a son they named Isaac Kelly McCullough.