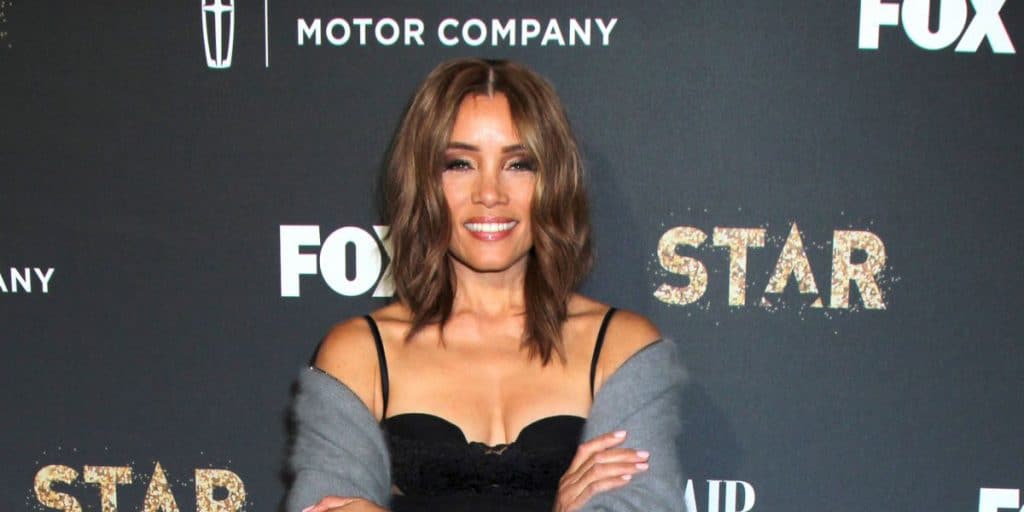 Who is Michael Michele?

Michael Michele Williams was born on 30 August 1966 under the zodiac sign of Virgo, in Evansville, Indiana, USA. She is a 54-year-old actress and producer, probably best recognized for landing the role of Holly Williams in the CBS crime drama series “Dangerous Curves” (1992-1993), playing Dr. Cleo Finch in the NBC medical drama series “ER” (1999-2002), and featuring as Ayanna Floyd in the Fox prime time soap opera “Star” (2017-2018).

How rich is she, as of now? Michael Michele Net Worth

As of early 2021, Michael Michele’s net worth is estimated at over $4 million, acquired through her successful involvement in the film industry as a professional actress, who has worked on more than 30 television and film titles since her career started back in the late 1980s.

Michael Michele spent her early life in her hometown of Evansville, where she was raised with her younger sister by her white father, Jerry Michele, who was a furniture-rental entrepreneur, and her black mother, Theresa Michele, who worked as a corporate manager at Bristol-Myers. Michael holds American nationality and belongs to African-American ethnic group. She is named after the best friend of her mother, a woman named Michael Ann. Regarding her education, Michael went to Howard Roosa Elementary School, then attended Benjamin Bosse High School,  where she also played basketball, volleyball, and ran track.

Upon matriculation, Michael Michele moved to New York to pursue her professional career.

According to her IMDB profile, she made her debut appearance as Gillian in the episode “Saturday, Bloody Saturday” of the HBO sitcom “1st & Ten” in 1988. She then won a role in Eddie Murphy’s 1989 film “Harlem Nights”; however, the role was dismissed after she rejected his romantic advances and filed a sexual harrassment suit against him; the suit was eventually resolved out of court for an unknown sum. Afterwards, Michael made her film debut in a small role in the 1990 comedy horror film “Def By Temptation”.

In 1991, Michael landed the role of Selina in the action crime film “New Jack City” directed by Mario Van Peebles, and starred in the failed TV pilot “Private Times”, which was released as a made-for-TV film.

Her big break came in the following year when she joined the cast of the CBS crime drama series “Dangerous Curves”, in which she portrayed Holly Williams – the series ran for two seasons until 1993. Later that year, Michael played Maxine Phillips in the NBC drama mini-series “Trade Winds”, created by Hugh Bush. Between 1994 and 1995, she took the recurring role of Sandra in the police drama series “New York Undercover”, which was broadcast on the Fox network. She then joined the main cast of the CBS prime time soap opera “Central Park West”, created by Darren Star, playing Nikki Sheridan in more than 20 episodes next to such actors as Lauren Hutton, Mädchen Amick, and Raquel Welch. The series was cancelled in 1996 after two seasons.

In 1997, Michael Michele landed the role of R.C. St. John in the sports comedy film “The 6th Man”, opposite Marlon Wayans and Kadeem Hardison. After guest-starring as Sylvie in the episode “Con-tinental” of the NBC crime drama series “Players”, she played Kara Lavelle in the direct-to-DVD action crime thriller film “The Substitute 2: School’s Out”, and portrayed Tauna in the action horror sci-fi mini-series “Creature”, all in 1998.

She then appeared in the main role of Detective Rene Sheppard in the seventh and final season of the NBC police procedural drama series “Homicide: Life On The Street” (1998-1999), for which she earned an NAACP Image Award nomination for Outstanding Actress in a Drama Series. She reprised the role in both the episode “Sideshow” of the NBC police procedural and legal drama series “Law & Order” (1999), and the made-for-TV crime film “Homicide: The Movie” (2000).

In 1999, Michael joined the cast of the NBC medical drama series “ER”, playing Dr. Cleo Finch for three seasons through 2002; for her performance, she was nominated for both an NAACP Image Award for Outstanding Supporting Actress in a Drama Series, and a Screen Actors Guild Award for Outstanding Performance by an Ensemble in a Drama Series. She also starred in the role of Veronica Porché Ali, the wife of legendary boxer Muhammad Ali, in the 2001 biographical drama film “Ali”, alongside Will Smith and Jamie Foxx, portrayed Beth Williamson in the 2002 crime thriller film “Dark Blue”, which earned her a Black Reel Award nomination for Best Supporting Actress, and featured as Judy Spears in the 2003 romantic comedy film “How To Lose A Guy In 10 Days”, for which she received a Teen Choice Award nomination for Choice Movie Villain.

Between 2004 and 2005, Michael was cast as Jessie Grey in the UPN legal drama series “Kevin Hill”, which was followed by her portrayals of Detective Baines in the made-for-TV biographical horror film “The Hunt For The BTK Killer” (2005) and Bridget Wilson in the short drama film “Company Town” (2006). She then guest-starred as Valerie Sennet in the episode “Burned” of the NBC crime drama series “Law & Order: Special Victims Unit”, and as Dr. Samira Terzi in two episodes of the Fox medical drama series “House”, both in 2007. By the end of the decade, Michael had also landed the roles of Pamela Coates in the made-for-TV drama film “Judy’s Got A Gun” (2007) and Charlotte in the made-for-TV drama film “Relative Stranger” (2009).

In 2011, Michael took the recurring role of Jane in the CW teen drama series “Gossip Girl”, next to Blake Lively and Leighton Meester, and featured as Tara Martin in an unsold pilot of the projected TV drama series “Eden”. She played Elyse Hargrove in another unsold pilot of the adventure fantasy romance series “Delirium”, which was then released as the TV film. Thereafter, she guest-starred in such roles as Sheila in the episode “A Hostile Witness” of the Fox crime thriller series “The Following” (2015), Lois Potter in the episode “Unbearable Loss” of the CBS police procedural drama series “Blue Bloods” (2016), and Diane in two episodes of the CBS action-adventure series “MacGyver” (2016-2018).

Michel subsequently served as an executive producer for two short documentary film titles, “MEN: The Dreamer” and “The Moodys”, both in 2017. She then joined the Fox prime time soap opera “Star”, in which she portrayed Ayanna Floyd for a season from 2017 to 2018. Concurrently, she was cast in the recurring role of Darlene Sutton in the drama series “Queen Sugar” (2017-2018), broadcast on the Oprah Winfrey Network. Most recently, she was chosen to play Dominique Deveraux in the second season of The CW’s prime time soap opera “Dynasty” (2019-present), which is the reboot of the 1980s series of the same title.

Michael Michele is very secretive person when it comes to her love life. However, it’s known that she became romantically involved with New York-based restaurateur Jimmy Rodriguez in 2003, and on 21 December of the following year, she gave birth to their son, named J. Brandon. Unfortunately, the couple eventually went their separate ways, and it’s believed that she has been single ever since. Her current residence is in New York City.