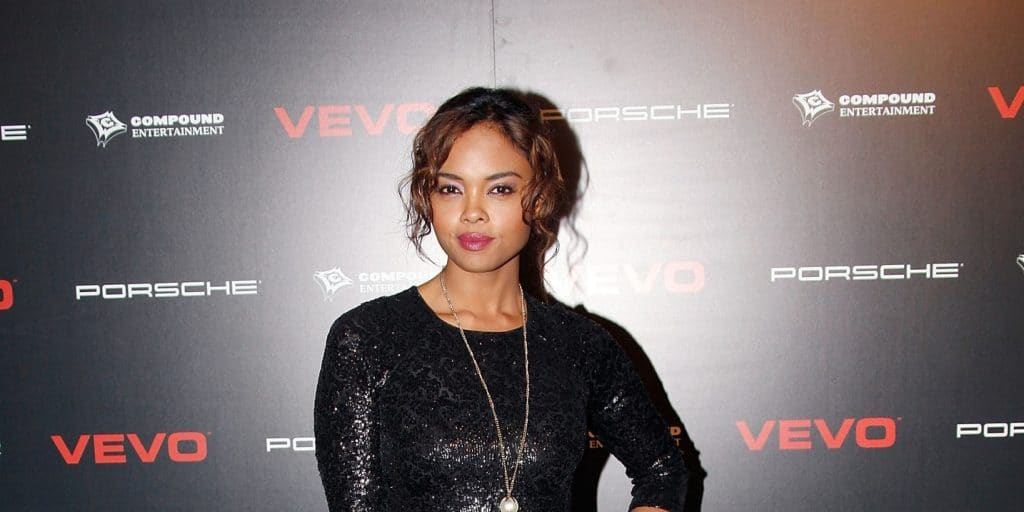 Who is Sharon Leal? Net Worth, Age, Nationality, Height, Bio

What is Sharon Leal’s nationality?

Sharon Ann Leal was born in Tucson, Arizona USA, on 17 October 1972 – her zodiac sign is Libra and she holds American nationality. Sharon is an actress and a singer, who might still be known best for her portrayal of Michelle Morris in the 2006 musical drama film “Dreamgirls”, written and directed by Bill Condon, and which starred Beyonce, Jamie Foxx and Eddie Murphy. The film follows the lives of three black female singers as they travel across the US performing in the early ‘60s. It was a huge success winning 68 awards including two Oscars, while it was nominated for 92 other awards.

Sharon was raised in Tucson alongside her half-sister Kristina Manankil, by her Filipino mother Angelita who was a housewife, and her step-father Jesse Leal who served in the US Air Force. Sharon’s father was an African-American police officer, who broke up with Angelita when Sharon was born.

She didn’t spend her entire childhood in Tucson, as she also lived in the Philippines for a couple of years before turning six. The family eventually moved to Fresno in California, where Sharon attended Roosevelt High School of the Arts, from which she matriculated in 1990.

Sharon then decided to focus on singing, and performed at various clubs and bars until in 1993 when she got to sing at the Santa Cruz Jazz Festival.

She continued singing for the following five years before launching her acting career.

Sharon made her debut TV series appearance in 1996, when cast to play Dahlia Crede in the romantic drama “Guiding Light”, which aired from 1952 to 2009 and numbers 2,570 episodes. Sharon was a member of the cast until 1999, and appeared in 218 episodes.

In 1998, she was cast to portray Marita Peters, one of the lead characters in all 18 episodes of the drama “Legacy” created by Chris Abbott, and which also starred Brett Cullen and Jeremy Garrett; it follows a man trying to raise his four children after his wife dies.

From 2000 to 2004, Sharon played Marilyn Sudor in the critically acclaimed comedy “Boston Public”, which starred Loretta Devine, Fyvush Finkel and Anthony Heald, and won 13 awards including one Primetime Emmy, while it was nominated for 29 other awards.

Her following notable performance was in 2009, when she appeared as Sonya Nichols in five episodes of the romantic comedy “Private Practice”, then in 2010, Sharon starred as Vanessa Lodge in the comedy drama “Hellcats”. The year 2016 saw her play Charlotte Graham in the drama “Recovery Road”, which starred Jessica Sula and Sebastian De Souza, and follows a teenager who is a drug addict who decides to enter a rehab program.

Sharon made her debut film appearance in the 2001 musical comedy “Face the Music”, which failed to attract any attention, and she only gained recognition in 2007 when cast to play Diane, one of the lead characters in the comedy “Why Did I Get Married?”, written and directed by Tyler Perry, who also starred in it alongside Janet Jackson. It was nominated for five awards, winning one. Sharon reprised her role in the 2010 sequel “Why Did I Get Married Too?”

In 2008, Sharon starred alongside Samuel L. Jackson and Bernie Mac in the musical comedy “Soul Men”, while the following six years only saw her appear in movies which failed to attract any attention, or received poor reviews.

Her following notable performance was in the 2014 musical drama “Freedom”, in which she starred alongside Cuba Gooding Jr. The same year Sharon also starred in the  thriller drama “Addicted”, portraying a married woman who starts an affair with a painter.

Three of her most recent roles in movies have been in the 2018 drama “Bella’s Story”, the 2019 drama “Paper Friends”, and the 2020 crime thriller drama “Blindfire”. Sharon has recently finished shooting for the upcoming drama “Traces”, set to be released by the end of 2021.

In 2007, Sharon and her colleagues were nominated for three awards for their performance in “Dreamgirls”: a Screen Actors Guild Award for Outstanding Performance by a Cast in a Motion Picture, a Gold Derby Award for Ensemble Cast, and a Broadcast Film Critics Association Award for Best Acting Ensemble.

Sharon met her now ex-husband Bev Land sometime in the ‘90s, and the two dated for several years before marrying in a private ceremony in 2001. It is widely believed that they exchanged vows only because Sharon was pregnant with their son Kai Miles Land, who was born on 13 September of the same year. Bev and Sharon eventually divorced in 2007.

Bev Land is a film writer, director and an actor, who might be known best for having directed the movies “What Are the Odds” in 2004, and “Lycan” in 2017.

After her divorce from Bev, Sharon went on to date famous American actor Henry Simmons, but the relationship lasted for only a couple of months.

She has been in a relationship with Paul Becker, a Canadian actor, film director and producer, for quite some time now – the two haven’t disclosed when they have started dating.

As of February 2021, Sharon is in a relationship with Paul Becker, was once married and has one son.

Sharon loves to sing, and her talent has made it possible for her to sing in cabaret productions at various theatres in New York, including Steve McGraw, The Violet and B. Smith. She likes to appear in theatre plays, and has starred in several, including “Bright Lights, Big City”, “Into the Woods”, and “West Side Story”.

Sharon usually works out at home, and has uploaded several videos showing her exercising routine onto her Instagram account, in an effort to motivate other woman to lead a healthy life. Sharon is also taking good care of her mental health, which is only one of the reasons why she does yoga and meditates on a daily basis.

In her spare time she enjoys watching movies – her favorite actors and actress are Tom Hanks, Leonardo DiCaprio and Emma Watson, and a couple of her favorite movies are “Forrest Gump”, “Titanic” and the franchise “Harry Potter”.