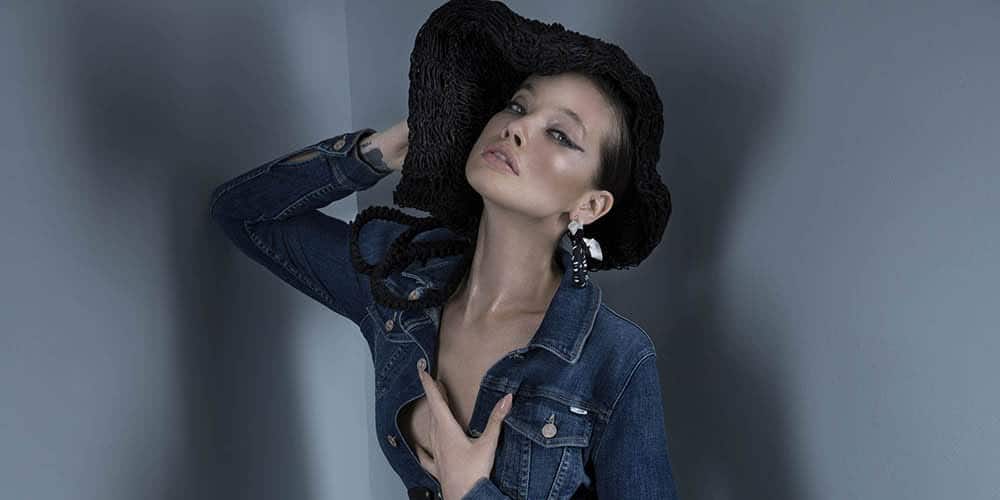 Who is Stephanie Corneliussen from ‘DC’s Legends of Tomorrow’?

Stephanie Corneliussen was born in Copenhagen, Denmark, on 28 April 1987 – her zodiac sign is Taurus and she holds Danish nationality. She is a model and an actress who is probably known best for her portrayal of Dr. Valentine Vostok in the episodes “Fall-Safe” and “White Knights” of the action adventure series “DC’s Legends of Tomorrow”, which stars Caity Lotz, Amy Louise Pemberton and Dominic Purcell, and follows the time traveler Rip Hunter who has to get the heroes and villains to work together to save the entire universe. It has been airing since 2016 and has won three awards, while it’s been nominated for 26 others.

Stephanie was raised in Copenhagen, buy hasn’t shared any details regarding her parents and any siblings with the public.

She started dreaming about becoming a famous model at quite an early age, and was 13 when she was noticed by a modelling scout. Stephanie went on to enter the contest Supermodel of Scandinavia,  winning it and signing her first contract with Unique Models. She became interested in acting while attending the school Johannessolen in Frederiksberg, abut upon matriculating in 2005, Stephanie returned to Copenhagen to study ballet. She moved to London in England in 2007, and enrolled at a college from which she graduated with a Bachelor’s degree in graphic design in 2011.

Stephanie has still been working as a model, for around two decades now, and has appeared on the cover page of various magazines such as “Vogue”, “Vanity Fair” and “GQ”. She has also been featured in “Playboy”.

Stephanie has also appeared in many commercials for companies such as Nikon, Lexus and Dasani, among others.

Stephanie has appeared in only two movies – she made her uncredited film debut in 2013, when cast to portray Desert Witch in the action fantasy horror “Hansel & Gretel: Witch Hunters”, written and directed by Tommy Wirkola, and which starred Jeremy Renner, Gemma Arterton and Peter Stormare.

It follows two bounty hunters as they travel around the world killing witches, while they are now facing new evil which might tell them something about their past. The film won three awards and was nominated for four others.

In 2019, Stephanie was the narrator of the short film “Mercy for Animals: New Look Same Fight for Animals.” directed by Nik Tyler.

Stephanie made her debut TV series appearance in the 2014 pilot of the comedy “The Rebels”, but which wasb’t picked up by any network, then in the same year appeared in a single episode of the critically acclaimed comedy drama “Royal Pains”, which starred Mark Feuerstein, Paulo Costanzo and Reshma Shetty, and follows one of the best diagnostic surgeons working alongside his brother for ultra-rich people. The series was nominated for four awards, winning two.

Also in 2014, Stephanie played Tatiana in the episode “Hello Ladies: The Movie” of the comedy “Hello Ladies”, while 2015 saw her appear in a single episode of both the comedy “Bad Judge” and the comedy drama “The Exes”. From 2015 to 2017, Stephanie portrayed Joanna Wellick in 21 episodes of the crime thriller drama “Mr. Robot”, created by Sam Esmail and which starred Rami Malek, Christian Slater and Carly Chaikin. It follows a cyber-security engineer and his allies, as they are about to shut down a corrupt corporation trying to dominate the world. The series was a huge hit winning 21 awards including two Golden Globes, while it was nominated for 78 other awards.

In 2018, Stephanie portrayed Mystery Woman in six episodes of the crime mystery drama “Deception” which starred Jack Cutmore-Scott, Ilfenesh Hadera and Lenora Crichlow, and follows a magician who is helping the FBI solve cases.

Stephanie’s most recent role in a TV series has been in four 2019 episodes of the action science fiction drama “Legion”, which follows the life of David Haller, a schizophrenic who has recently learned that he has special powers. The series won two awards and was nominated for 29 others, including one Primetime Emmy.

Stephanie doesn’t like to speak about her love life, mostly because she was once in a marriage that didn’t work out, actually to Emil Simonsen, a Danish rapper known better by his stage name Orgi-E.

Problems began when Emil accused Stephanie of cheating on him with his best friend Troels Neilson, and this eventually led to the pair’s divorce in 2011. While people didn’t initially believe the rumors of Stephanie cheating on Emil, she and Troels were later seen spending time together on various occasions.

Emil was born in Denmark in 1979, and gained recognition aged 18 when he joined the hip hop group Suspekt. He subsequently focused on his solo career, and collaborated with various Danish rappers. In 2012, Emil released his album “Klamfyr”, which topped the Danish Albums Chart.

According to Stephanie’s official website, she is uncertain about her sexually, but believes that she’s bisexual.

As of January 2021, Stephanie is single, was once married and doesn’t have children.

Stephanie is a huge animal lover who is fighting for the preservation of endangered species, and has worked with various organizations which aim to improve the lives of animals. Unsurprisingly, Stephanie is vegan.

She is a fan of social media networks, and enjoys being active on Instagram, however, her account has just recently been removed for unknown reasons, and she’s opened a new one which currently has only three pictures uploaded onto it, and counts around 500 followers.

She loves to travel, and her modelling career has made it possible for her to go all around the world – some of her favorite cities amongst the ones she has visited are Miami in Florida, Paris in France, and Barcelona in Spain.

Stephanie has her own favorite actors and actresses, some of whom are the late Robin Williams, Will Smith and Meryl Streep, and a couple of her favorite movies are “Patch Adams”, “I Am Legend” and “Kramer vs. Kramer”.

As of January 2021, Stephanie’s net worth has been estimated at close to $1 million.