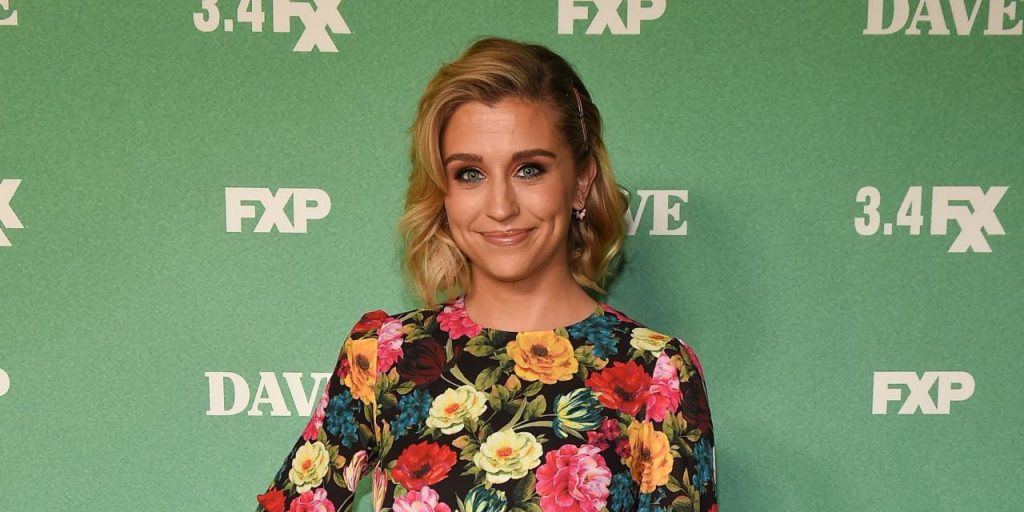 Who is Taylor Misiak? Is she married? Boyfriend, Age, Wiki

Who is Taylor Misiak?

Taylor Misiak was born on 17 February 1992 under the sign of Aquarius, in San Francisco, California USA. She is a 28-year-old actress, probably best recognized for starring in the role of Savannah in the 2014 romance “Five Hours”, playing Zoe in the series “We Are CVNT5” (2018), and portraying Ally in the FX series “Dave” (2020).

How rich is she, as of now? Taylor Misiak Net Worth

As of late 2020, Taylor Misiak’s net worth is estimated at over $1 million, acquired through her successful involvement in the film industry as a professional actress, who has starred in almost 15 TV and film titles since her career started in the early 2010s.

Taylor Misiak spent her childhood divided between Apple Valley, Minnesota, and San Jose, California, raised by her parents Dave and Trina Misiak; information about their professions haven’t been disclosed yet. She has a brother, named Darren Misiak. She is American by nationality, and belongs to White Caucasian ethnic group.

Taylor became interesting in acting at a very young age, and even preformed in various productions in both high school and theatre, including San Jose Children’s Musical Theater. During her time at Eastview High School in Apple Valley, Minnesota, she was even honored multiple times for her acting skills.

Besides that, she was named a Minnesota Scholar of Distinction in Theatre Arts.

Upon matriculation, she enrolled into Ithaca College, New York, from which she obtained her Bachelor of Fine Arts degree in Acting. Moreover, Taylor attended the Killian McHugh’s Commercial Workshop, as well as many other improvisation courses under coach Brandon Gardner.

In order to pursue her professional career as an actress, Taylor Misiak eventually moved to Los Angeles, California. At first she spent some time working as a waitress to earn enough money for living, and then new opportunities came to her and she started her career on stage.

She performed as Judy in “Sincerity Forever” at the Minneapolis Fringe Festival, and played Sarah in “Sunset Blush” at the Hollywood Fringe Festival. Her other stage roles included Tricia in the play “Dog Sees God” at the LA Workshop, Riley in the play “Survivors” at the 2Cents Theatre, and Lisa in the play “Family Matters” at Santa Monica Theatre.

In 2011, Taylor made her debut film appearance as a girl in the short comedy “Eye Contact With Strangers”, written and directed by Ryan Sager. Two years later, she guest-starred as Taylor in the episode “Alone Again” of the TV comedy series “Social Media Misfits”, which was followed by her appearance as the spotter in Nate Lawrence’s short action drama film “The Playground”.

Her big break came in 2014, when she was chosen to portray Savannah in the romantic film “Five Hours”, along with Lily Gareth, Pontea Banayan, and Michael Chase. Thereafter, she guest-starred as Co-Ed in the episode “About A Cat Party” of the NBC single-camera sitcom “About A Boy”, and as Hannah in the episode “She’s Learning to Laugh at Life” of the TV comedy sketch series “Laura”, both in 2015. In the following year, she landed a small role as a best friend in the episode “I’m Going to the Beach with Josh and His Friends!” of the romantic musical comedy-drama series “Crazy Ex-Girlfriend”, broadcast on The CW.

In 2017, Taylor featured in one of the most expensive music videos ever made, for Lil Dicky’s song “Pillow Talking”, along with him, John C. Riley and Sean Carrigan, directed by her boyfriend Tony Yacenda. During the same year, she also starred as Jen in the short comedy film “Orient USA: The Bambino”, written and directed by Tanya Dahl, and then played Vanessa in the short drama film “Pause”, next to Michael St. Germain.

In 2018, Taylor joined the cast of the comedy-documentary series “We Are CVNT5”, in which she portrayed Zoe – it was created by Gareth and Roxanne Emery.

In the same year, she appeared as Abby Samuels in two episodes of the Netflix mockumentary series “American Vandal”, created by Tony Yacenda and Dan Perrault, which represented a parody of such documentaries – “Serial” and “Making A Murderer”. Thereafter, she landed the role of Mackenzie in two episodes of the NBC comedy series “I Feel Bad”, based on Orli Auslander’s book “I Feel Bad: All Day. Every Day. About Everything”, which was followed by her portrayal of Renee in Corrin Evans’ short comedy “Heavily Meditated (The Series)”, both in 2018.

Most recently, Taylor once again collaborated with rapper Lil Dicky, since she was chosen to play the lead role of Ally Warner in the FXX comedy series “Dave”, co-created by him and Jeff Schaffer. The series premiered on 4 March 2020.

In addition to her career as an actress, Taylor Misiak has tried herself as a presenter. She co-hosts the podcast “Table Flipping”, alongside writer Alyssa Litman. She’s also known for being a member of The Screen Actors Guild – American Federation of Television and Radio Artists (SAG-AFTRA) union.

Personal Life: Is She Married?

Taylor Misiak isn’t very open regarding her dating history. However, it’s known that she dated film editor Eric Wysocki back in 2013. They went public with their romance when she posted their together photo on social media in April 2014. Following their split, she deleted all the photos.

In September 2018, the beautiful actress became romantically involved in a relationship with Tony Yacenda, recognized for being a film director, producer, and writer. Their love story is still going smoothly, but they aren’t married.

Taylor is an avid animal lover.

In her spare time, she enjoys dancing, singing, and traveling around the world. She enjoys photography as well, and is also proficient in drawing, calligraphy, crochet, horsemanship and cosmetology.

Her favorite color is blue.

She is a huge fan of the HBO sci-fi Western and dystopian series “Westworld”.

Her favorite actress is Sandra Bullock.

Taylor is skilled with dialects.