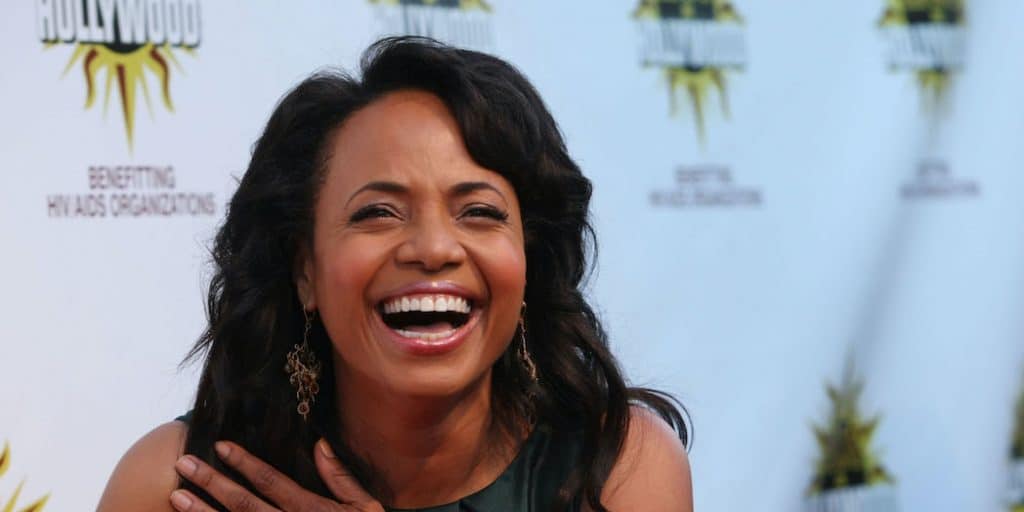 Who is Gina Ravera?

Gina D. Ravarra – known as Gina Ravera – was born on 20 May 1966 under the zodiac sign of Taurus, in San Francisco, California USA. She is a 55-year-old actress, probably still best recognized for landing the role of Josephine in the NBC biographical drama miniseries “The Temptations” (1998), playing in Det. Irene Daniels in the TNT police procedural series “The Closer” (2005-2009), and featuring as Dr. Bettina DeJesus in the NBC medical drama series “ER” (2006-2008).

How rich is she, as of now? Gina Ravera Net Worth

As of mid-2021, Gina Ravera’s net worth is estimated at over $2 million, acquired through her successful involvement in the world of entertainment as a professional actress, who has garnered over 50 television and film acting credits since she launched her career back in 1990.

Gina Ravera spent her early years in her hometown of San Francisco, where she was raised by her parents; however, their names and professions haven’t been revealed to the public, and it’is also unknown whether she has siblings or is an only child.

She holds American nationality, and belongs to a mixed ethnic group since she is of African-American and Puerto Rican descent. Regarding her education, it’s known that Gina studied Political Science, and was trained in classical dance.

Gina Ravera started pursuing her professional acting career by making her feature film debut appearance as Funk Queen in the 1990 drama film “Lambada”, written and directed by Joel Silberg. Later that year, she made her TV debut in the support role of Cheryl in an episode of the NBC sitcom “The Fresh Prince Of Bel-Air”, next to Will Smith.

She then had the part of Jeena in the 1992 romantic comedy film “Steal America”, after which she continued to make guest appearances in various TV series, such as “Melrose Place”, “Days Of Our Lives”, and “Star Trek: The Next Generation”, to name a few.

Gina Ravera’s big break came when she joined the cast of the CBS crime drama series “Silk Stalkings”, in which she starred in the recurring role of Dr. Diana Roth through 1993 and ‘94. The series follows two detectives who solve crimes of passion.

She followed with portrayals of Gina in the 1996 drama film “Get On The Bus”, directed by Spike Lee, and Faith Hunter in the 1997 comedy-drama film “Soul Food”, sharing the screen with Vanessa Williams and Vivica A. Fox; the latter was widely praised for positively presenting African-American people. Later that year, she was cast as Naomi Cross in the neo-noir psychological thriller film “Kiss The Girls”, along with Morgan Freeman and Ashley Judd.

Her next major role was Josephine in the two-part biographical drama TV miniseries “The Temptations”, that ran on NBC in 1998, and for which performance, Gina received an ALMA Award nomination for Outstanding Individual Performance in a Made-for-Television Movie or Mini-Series.

In 1999, Gina Ravera became the regular cast member Jocelyn House in the Fox teen drama series “Time Of Your Life”, next to Jennifer Love Hewitt and Jennifer Garner. The series is a spin-off from “Party Of Five”, however, it was canceled in the middle of the first season in 2000 due to low ratings.

Between 2000 and 2001, she took the supporting role of Sara Gerard in the CBS action-drama series “The Fugitive”, after which she played Rachel Dressler in the made-for-TV horror film “Saint Sinner”, released on Sci Fi Channel in 2002. She then guest-starred in such TV series as “Miracles”, “Charmed”, and “Boston Legal”, among others, before in 2004 featuring as Tameka in the made-for-TV comedy-drama film “Pryor Offenses”, which was followed in the same year by her portrayal of Rev. Sheila in the comedy film “Gas”.

🎁Happy Christmas from all of us at CBS Justice! As a special present to yourself don't miss the final episode of The Fugitive at 5pm.

Thereafter, in 2005 Gina Ravera was chosen to play Det. Irene Daniels in the police procedural TV series “The Closer”, starring alongside J.K. Simmons, Kyra Sedgwick and Corey Reynolds. Her performance in the series earned her two Imagen Foundation Award nominations for Best Supporting Actress – Television as well as a NAMIC Vision Award nomination for Best Actress – Drama. Moreover, she shared with other cast members two Screen Actors Guild Award nominations for Outstanding Performance by an Ensemble in a Drama Series. However, for undisclosed reasons, she left the series before its fifth season in 2009.

Concurrently, she starred in the recurring role of Dr. Bettina DeJesus in the NBC medical drama series “ER” from 2006 to 2008. It’s the second longest-running primetime medical drama series in the history of American television behind “Grey’s Anatomy”., and is a huge critical and commercial success. In 2007, Gina featured as Ruth Tolson in the biographical drama film “The Great Debaters”, directed by and starring Denzel Washington.

Following her departure from “The Closer” in 2009, Gina became somewhat inactive in the search for her next major appearance, but continued to land guest roles, appearing in such TV series as “Private Practice”, “CSI: Crime Scene Investigation”, and “Arrow”.

Gina Ravera has long dark brown hair and dark brown eyes. She stands at a height of 5ft 9ins (1.74m), her weight is around 139lbs (63kgs), while hHer vital statistics are 33-25-35, bra size 38B. Information about her dress size and shoe size isn’t available.

Gina Ravera isn’t very open when it comes to speak about her love life ,and she tends to keep all such details far away from the eye of the public. She has never been spotted with any man, and her current relationship status is a mystery, so most believe that she’s currently single.