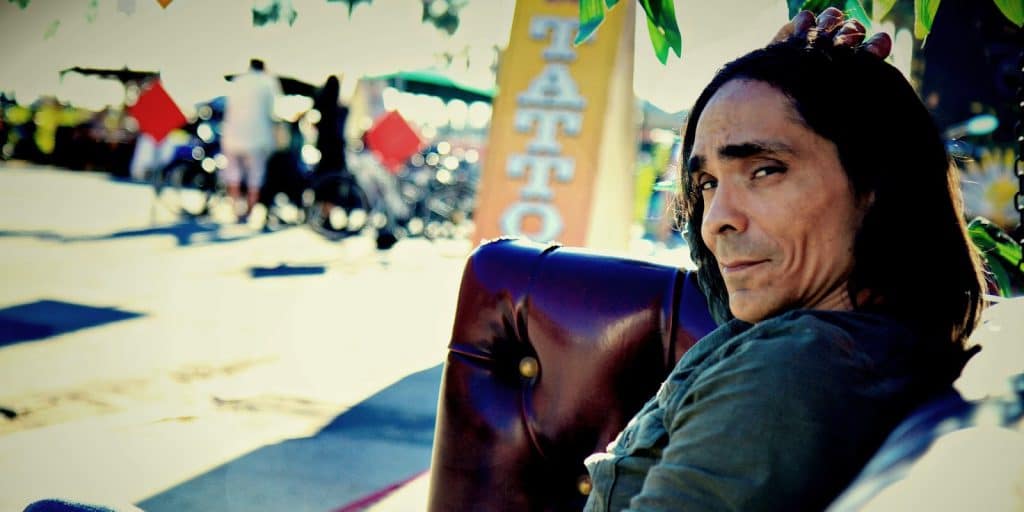 Who is Zahn McClarnon?

Zahn Tokiya-ku McClarnon was born in Denver, Colorado USA, on 24 October 1966 – his zodiac sign is Scorpio and he holds American nationality. He’s an actor who’s probably still known best for his portrayal of Police Chief Mathias in the 2005 historical adventure series “Into the West”, which starred Joseph M. Marshall, Irene Bedard and Gil Birmingham, and follows a family of Native Americans and another of white settlers living in 19th century American West. It won 22 awards and was nominated for 32 others, including a Golden Globe.

His middle name ‘Tokiya-ku’ stands for ‘first one to come’.

Zahn was raised in Denver alongside his twin brother by their father of Irish descent, and their Hunkpapa Native American mother. The family moved to Browning in Montana after his father started working at Glacier National Park, and Zahn also lived in various other states during his childhood, including Nebraska, South Dakota and Minnesota.

He became interested in acting while attending Omaha Central High School, mostly thanks to his drama professor Peggy Stommes, who urged Zahn to appear in school plays. Zahn was physically active during these years, as he played soccer and tennis, but upon matriculating in 1984, he chose not to attend college but to focus on his career as an actor.

Zahn has been credited with appearing in over 80 movies and TV series, while we’re about to mention more of his notable performances in this article.

His first role in a movie was in the English version of the animated family fantasy “My Neighbor Totoro”, in which he voiced various characters. A couple of his following roles were in the 1993 sports drama “Cooperstown”, the 1994 mystery thriller drama “Silent Fall”, and the 1996 drama “Grand Avenue”. He gained recognition in 2002 with his appearance in the crime drama “Skins”, written by Jennifer D. Lyne, based on the novel by Adrian C. Louis and directed by Chris Eyre. It starred Eric Schweig, Graham Greene and Gary Farmer, and follows the lives of two Sioux Indian brothers; the movie won three of the six awards for which it was nominated.

The same year heard him voice Little Creek’s Friend in the critically acclaimed animated movie “Spirit: Stallion of the Cimarron”, then in 2006 he was cast to play a supporting character in the hit action adventure comedy “The Librarian: Return to King Solomon’s Mines”.

In 2012, Zahn portrayed Charles in the horror mystery drama “Resolution”, written and directed by Justin Benson, and which starred Peter Cilella, Vinny Curran and Emily Montague. It follows a man who has imprisoned his friend for a week, hoping to make him sober; the film won one of the three awards for which it was nominated. A couple of Zahn’s following notable performances were in the 2014 action crime drama “Strike One”, the 2015 horror western drama “Bone Tomahawk”, and the 2016 drama “Neither Wolf Nor Dog”.

Zahn made his debut TV series appearance in 1992, with his portrayal of an Hispanic kid in the episode “Reel Life” of the action crime comedy “Tequila and Bonetti”. The following years saw him appear in an episode of many series, including the comedy “In Living Color”, the adventure “Thunder in Paradise”, and the mystery western “The Lazarus Man’.

Yvon's character, played by @ZahnMcClarnon, was based on Caleb Cheeshahteaumuck, the first Native American to graduate from Harvard in the 1600s. #Barkskins pic.twitter.com/cU93DutqlY

Zahn gained recognition in 2011 with his portrayal of Bodaway Macawi in the mystery crime drama “Ringer”, created by Eric C. Charmelo and Nicole Snyder, and which starred Sarah Michelle Gellar, Kristoffer Polaha and Ioan Gruffudd. It follows Bridget who has just witnessed a murder and whose sister has just committed suicide – the series won two of the six awards for which it was nominated.

In 2014, Zahn played Mike Parker in the drama “The Red Road”, created by Aaron Guzikowski, and which starred Martin Henderson, Jason Momoa and Juliane Nicholson; it follows a police officer struggling to balance work and family. Some of Zahn’s following roles were in an episode of the action adventure drama “Timeless”, the fantasy mystery drama “Midnight Texas”, and the historical adventure drama “Frontier”.

Between 2012 and 2017, he played Officer Mathias in 29 episodes of the action crime drama “Longmire”, created by Hunt Baldwin and John Coveny, and which starred Robert Taylor, Katee Sackhoff and Lou Diamond Phillips. It follows the life of the sheriff of Absaroka County, and the series won four of the nine awards for which it was nominated.

Zahn’s most recent role in a TV series has been his portrayal of Yvon in all eight episodes of the historical drama “Barkskins”, which has been airing since 2020, and stars David Thewlis, Marcia Gay Harden and Aneurin Barnard. It follows a group of people living in late 17th century New France.

In 2010, he voiced The Local Population in the video game “Red Dead Redemption”.

Zahn has a single producing credit: in 2016, he co-produced the drama movie “Neither Wolf Nor Dog”.

Zahn has made a guest appearance in various talk-shows, including “Red Carpet Report” and “The Hub”.

Zahn has won six awards including three First Americans in the Arts Awards: two in 1996 for Outstanding Guest Performer in a Drama Series for “Chicago Hope” and “Dangerous Minds”, and the third in 2006 for Outstanding Actor Performance in a TV Movie/Special (Lead) for “Into the West”.

Zahn’s amongst the most secretive actors, as he hasn’t spoken of any women whom he’s dated, as he prefers to keep his personal matters to himself.

There are rumors circulating the internet claiming that Zahn has been in a relationship with several of his colleague actresses, but none of these have been confirmed, nor has Zahn commented on the rumors. There are also those who believe him to be married today, while some have even claimed to have seen him spending time with a woman who’s perhaps his other half, but no evidence has been provided to support these claims.

A couple of Zahn’s fans have claimed that he’s perhaps gay, as he hasn’t talked about any women he has been with.

As of April 2021, Zahn appears to be single, hasn’t married and doesn’t have children.

Zahn became interested in politics in 2020, because he was dissatisfied with Donald Trump and how he was leading the US. He voted for Joe Biden in the presidential election, and used his Instagram fame to urge others to do the same.

He’s a fan of basketball, and his favorite player was Kobe Bryant; Zahn paid his respects after Kobe and his daughter died in a helicopter crash on 26 January 2020.

He’s a huge lover of animals, with dogs being his favorites – Zahn has two pet dogs which can be seen featured in his pictures on Instagram.

He’s passionate about travelling, and has been to various US states as a well as a couple of countries in South America.

In his spare time, Zahn’s keen on watching movies starring his favorite actor and actress – Johnny Depp and Amanda Seyfried – such as the franchise “Pirates of the Caribbean”, “Letters to Juliette”, and “Les Miserables”.

In the second half of 2017, Zahn was taken to a hospital after he fell at home and hit his head. He suffered a brain injury and as he was shooting for the series “Westworld” at the time, the production had to stop until he recovered.