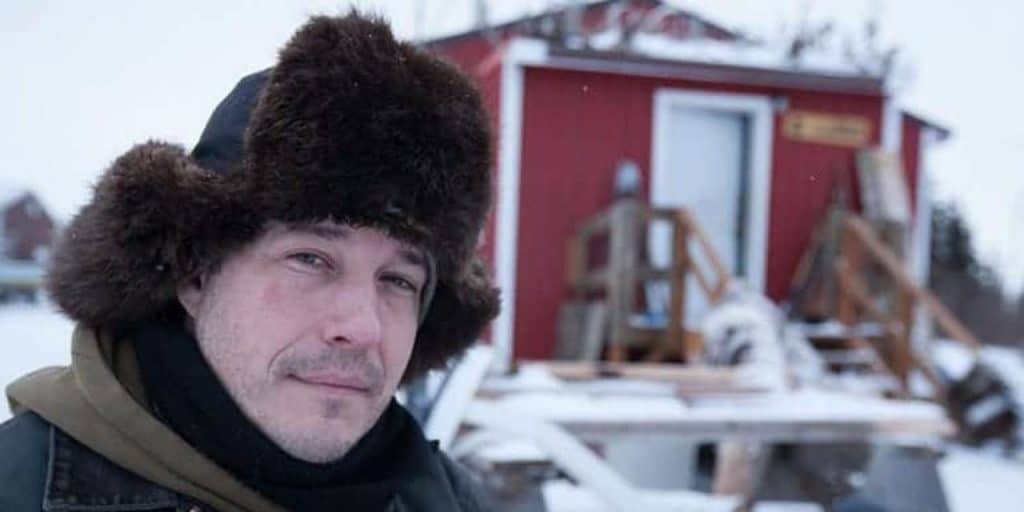 All Truth About Chip Hailstone: Jail, Death Rumors, Net Worth

Who is Chip Hailstone?

Chip Hailstone was born in Kalispell, Montana USA, on 8 March 1969 – his zodiac sign is Pisces and he holds American nationality. He is a hunter and a TV personality, who is perhaps only known for his starring role in the reality TV documentary adventure series “Life Below Zero” which aired from 2013 to 2020, and starred James Franzo, Sue Aikens and Agnes Hailstone, amongst many others. It follows the people living in secluded parts of Alaska, surviving day after day in Alaska’s harsh climate and environment.

Chip hasn’t disclosed any details with the public concerning his parents or any siblings he might have, as he prefers to keep his personal matters to himself.

He attended an elementary school in his hometown, at which he was mostly interested in sports while excelling in basketball, and then went on to attend a local high school. It’s widely believed that Chip was a problematic teenager, who often got into fights during his high school years, and that this is one of the reasons why just around a year after he matriculated in 1987, he chose to move to Alaska, far away from home.

The show “Life Below Zero”

The show “Life Below Zero” aired its first episode on 19 May 2013, on the National Geographic channel, and attracted a lot of attention thanks to its originality. Just recently on 7 September 2020, it began airing its 16th season.

It currently follows the lives of seven people, excluding their wives and husbands, as they survive in Alaska, and make money by various means including offering tourists a place to stay, and teaching them about surviving in the Alaskan wilderness.

Sue Aikens is amongst the eldest of the cast members being 57 years old.

She is today living alone (no other residents) in the Kavik River camp and her motto is ‘If it hurts, don’t think about it’. Glenn Villeneuve came to Alaska from Burlington in Vermont in 1999, and today lives in Chandalar which is around 65 miles (100 kilometers) from the Arctic Circle. Jessie Holmes is a dogsled racer, who is living with his 40 sled dogs in Brushkana, and Andy Bassich is living with his 25 sled dogs on the Yukon River. Andy was married to Kate until 2016 when they divorced, and is today living with his girlfriend Denise.

Erik Salitan is perhaps the youngest among the cast, and is today living around 67 miles (108 kilometers) from the Arctic Circle. The only other star of the show besides Chip and his wife is Ricko DeWilde, who lives in a previously abandoned cabin in Huslia, where his children occasionally visit.

Chip met his future other half Agnes Hailstone in Noorvik, Alaska, but the two haven’t disclosed the exact date or the circumstances under which they met. They were together for only a year or two before exchanging vows in a private ceremony in 1992, attended by only a couple of their closest friends and family members.

Agnes was born and raised in Alaska, and she belongs to the Inupiaq tribe known for their fishing and hunting skills.

The family has for generations survived solely thanks to these skills, however, surviving is hardly easy in Alaska, and Agnes’ mother and brother died in the icy Alaskan waters. Agnes was married once before meeting Chip, and has two sons named Jon and Douglas from that marriage.

As of February 2021, Chip and Agnes are still living together in Noorvik after close to three decades of marriage. They have five daughters named Mary, Qutan, Caroline, Iriqtaq and Tinmiaq. The city they live in has only around 620 residents.

One of the children, Iriqtaq matriculated from Noorvik High School in 2015, and the following year saw her become a mother.

Hunting, fishing, skinning, tanning. This family of nine moves seasonally in a quest to follow the food and stay alive….

She and her sister Mary are both interested in basketball, while the girls Qutan and Caroline are more concerned learning about hunting and fishing.

Chip has been doing most of the hunting and fishing work over the years, but as his daughters grew older, they eventually started helping their father.

In his teenage years, he was interested in sports and watched football and basketball on TV with his friends, while he also occasionally went to the fields to watch live games. Chip was also a fan of Formula 1 motor racing, and cheered for Michael Schumacher.

He is a huge lover of animals and it appears that Chip prefers to spend time with animals rather than humans, thus his decision to move to Alaska. He has several dogs, but his favorite animals are rhinos.

In late 2015, Chip was sentenced to spend 15 months in jail after being convicted of perjury – lying under oath – and for making false statements. Back in July 2011, he claimed that a Noorvik resident pointed a gun at his daughter, and following that, he claimed that the Alaskan State Trooper Christophe Bitz physically assaulted Tinmiaq.

He served ten months before being released in early 2017, while his entire conviction ended in December 2017. As he didn’t appear in the show while in jail, many people believed that he was dead.

He was once put on probation, which is why he wasn’t allowed to use firearms, and Agnes did all the shooting in the show.

How tall is Shane Madej? Height, Girlfriend, Net Worth, Education

Where is Kari Michaelsen now? What is she doing today? Wiki