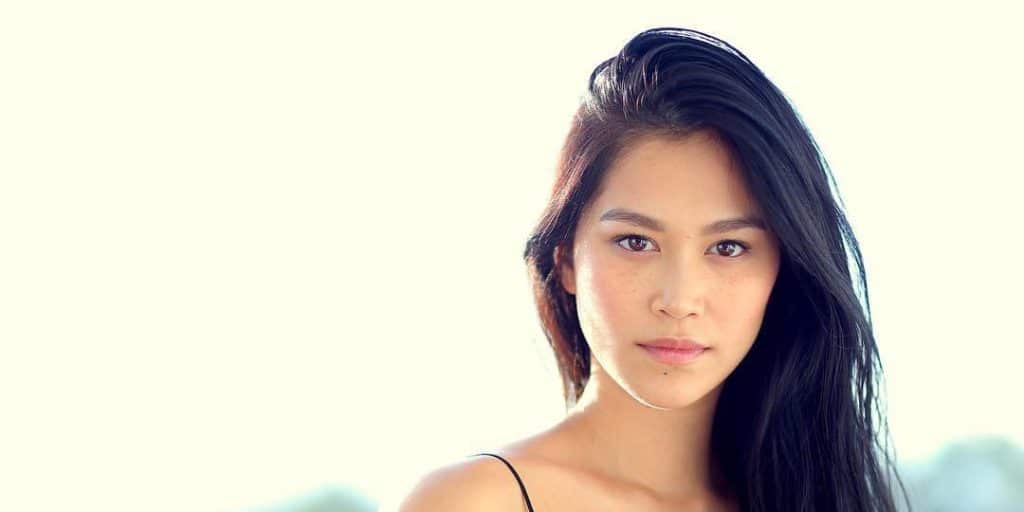 Who is Dianne Doan?

Dianne Doan is an actress, perhaps best recognized for her role as Lonnie in the Disney movies “Descendants” and “Descendants 2”. She was born under the Zodiac sign Virgo on 8 September 1990, in Abbotsford, British Columbia, Canada, of Chinese and Vietnamese descent. As of 2021, she is 30 years old and holds Canadian nationality.

Dianne was born to Vietnamese parents, while her grandma is half Chinese. She spent most of her childhood and formative years in Abbotsford with her two sisters, Annie and Theresa. When it comes to her education, not much information is known, except that she matriculated from high school.

Dianne developed an interest in performing arts from an early age, taking up various drama, dancing and acting classes from 9th grade. Dianne was very keen on dancing, and at the age of 10 she began practical training. In 2010 Dianne performed at the Winter Olympics opening ceremony as a back-up dancer for Michael Buble, and later appeared as a dancer in several music videos for artists such as Marianas Trench and Big Time Rush.

Confident in her dancing skills, she even competed in Fox’s show entitled “So You Think You Can Dance”. In an interview, she said that being trained in dance helped her reinforce her acting career: “Luckily, it is just another tool in my tool belt that I can always pull out. Just to be able to know your body and body movement is so important.”

Dianne launched her acting career in 2013, landing a minor role in an episode of the fantasy adventure series “Once Upon a Time”, and the American sitcom “Imposter”. Two years later, she auditioned for the role of Lonnie, the daughter of Mulan and Shang in the Disney Channel series “Descendants: School of Secrets”. She booked the role, and the following year appeared in the TV movie “Descendants”. In her interview with AfterBuzz TV, she disclosed that she’d always been a fan of Mulan, and had been very happy to portray Lonnie, saying: “I think Mulan is one of the few Disney princesses that is not a damsel in distress.

She is very confident, and she’s very sure of herself. I wanted to make sure that I brought that in Lonnie. She kinda beats to her own drum.”

In 2016 she landed the recurring role as Yidu in the historical fantasy drama series “Vikings”, appearing in the fourth season. The following year she reprised her role as Lonnie in the sequel entitled “Descendants 2”.

In 2017 she appeared as Faith and Grace-Park Jensen in the third season of the web series “Guidance”, produced by AwesomenessTV. During the same year, she guest-appeared in an episode of the superhero series “Legends of Tomorrow”, followed by a role in the made-for-TV movie entitled “Last Night in Suburbia”. After a two-year break, she returned to the screen as a recurring character in the drama series “Good Trouble”.

In 2019 she scooped the role of the lead character Mai Ling in the martial arts crime series “Warrior”, opposite Andrew Koji, Olivia Cheng and Jason Tobin. The show has received overwhelmingly positive reviews, and in April 2021 it was ranked in the top 15 most-watched shows on HBO Max. Additionally, it garnered several nominations, including a Primetime Emmy and Critics Choice Super Awards. An interesting piece of information- the show’s concept and treatment were developed by Bruce Lee. The first episode premiered in 2019, while the second season came out in 2020.

Considering the colossal success it has achieved, it doesn’t surprise that the show has been moved to HBO Max, which is currently filming the third season, which die-fans can expect to drop in 2023.

In 2020 she joined the cast of the hit TV series “Agents of S.H.I.E.L.D” as the recurring character Kora, appearing in a six episodes of the seventh season.

While there is a scarcity of information regarding her dating history, Dianne is currently engaged to the Filipino-Canadian actor Manny Jacinto, perhaps best recognized for his role as Jianyu Li on the CBS sitcom “The Good Place”. Interestingly, her fiancée has a similar background to Dianne’s, as he also trained in dancing, namely Hip-Hop, and later transitioned to acting.

His other notable credits include “The Romeo Seduction”, “The 100”, and “Dead Rising: Watchtower.” He is set to appear in the sequel entitled “Top Gun: Maverick” alongside Tom Cruise.

After a couple of years of dating, Manny popped the question. In an interview with Kelly Clarkson, he talked about the most romantic proposal, saying: “I took her to different places like where I first saw her, where we had our first date, where we had had our first acting class. I would take her to these places and hand her this message on a canvas and have her read it. And in the last place, I got down on one knee.”

He also had his family involved in the sweet surprise, as they held the signs that read “Will You Marry Me”. His family was behind her, holding the sign, and when she turned around, she saw Manny on his knee.

The couple is still together, and they often post photos together on their social media, but still haven’t disclosed the date of the wedding.

Her estimated net worth is around $1 million, earned through her acting career. Considering the huge success the “The Warrior” show has achieved, it‘s believed that her wealth will be augmented substantially.On the other hand, her fiancé’s net worth is reputedly over $3 million.

Dianne is 5ft 6ins tall (167cm), her weight is around 130lbs (60 kgs), while her vital statistics are 32B-24-34. Her natural hair is dark brown, further adorned with dark brown eyes. She is very fit in terms of physical appearance, and most of the roles she lands call for certain agility and fluency in movement; her background in dance allowed her to take up these roles and excel.

Dianne is a great fan of animals; during quarantine she adopted the pit bull she named Henri, and posted a photo on her Instagram with captions: ”World… meet Henri. This little lady came into our lives three weeks ago and we finally made it official. Thank you @thelabellefoundation for saving sweet Henrietta and allowing us the pleasure of becoming fur parents!

When it comes to her favorite dishes, she loves pasta, sushi and Vietnamese food.

She is very active on social media – her Instagram counts nearly 500,000 followers, while her Twitter has nearly 25,000 fans. Dianne usually posts photos about her upcoming projects, interesting places she visits, and selfies.