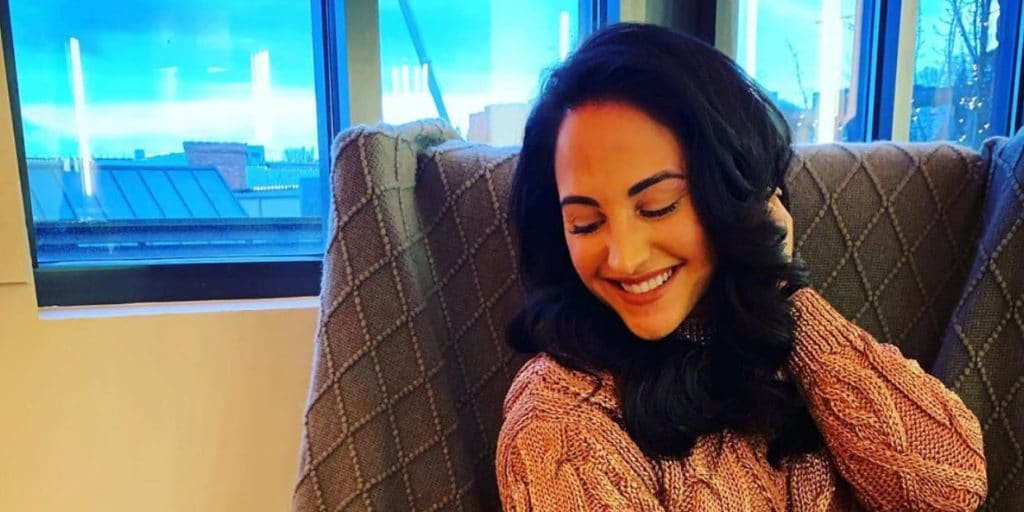 Who is Emily Compagno?

Emily Rose Compagno was born in Oakland, California USA on 9 November 1979 – her zodiac sign is Scorpio and she holds American nationality. She’s a lawyer, former National Football League (NFL) cheerleader, and a TV host, probably known best for her contribution to the Fox News Channel.

Emily was raised in El Cerrito in California, as her family moved there not long after she was born. She grew up alongside her two sisters Julietta Compagno Skoog and Natalie Compagno – their father John Compagno is apparently a businessman, while their mother Katherine (nee Bertsch) is a housewife.

Emily’s great-grandfather William Harry Bertsch fought in the World War I, and won a Silver Star which is awarded for valor in combat.

Emily attended a local high school at which she was interested in a number of activities, including playing sports, practicing acting and writing for the school’s newspapers. Upon matriculating in 1997, she enrolled at the University of Washington from which she obtained her Bachelor of Arts degree in 2001, and was named the Air Force Reserve Officer Training Corps’ Cadet of the Quarter. She decided to continue her education at the University of San Francisco’s School of Law, becoming a Juris Doctor in 2006.

After passing the California bar, Emily decided to live in San Francisco where she began working as a criminal defense lawyer, while she was also a cheerleader on the Raiderettes squad for the Oakland Raiders American Football team. She was soon chosen to be the team’s ambassador, and got to promote them in Shanghai and Beijing, while she also visited US troops in Kuwait and Iraq, together with four other cheerleaders.

Emily eventually joined the US Court of Appeals for the Ninth Circuit, working under John Thomas Noonan Jr. as his Senior Judge Judicial Extern; he died in 2017.

From there, she switched to working in Social Security Administration as a federal lawyer, and the following years saw Emily work as a lawyer in various cities, including Cape Town in South Africa and Rio de Janeiro in Brazil.

It was in 2018 that she was invited to join the Fox News network as their legal analyst and a contributor. She worked on their show “The Five” as a co-host, and appeared in several other shows as a fill-in host and a guest host. She pitched her idea for a new show to Fox, and on 9 March 2020, Emily began hosting “Crimes That Changed America”.

Most recently on 25 January 2021, Emily was chosen to serve as a co-host for the show “Outnumbered”.

Emily prefers to keep the details of her love life to herself, but some things related to her marriage with Peter Riley are still known. Peter’s also a highly secretive person, and hasn’t shared any details about himself, including his place of birth and profession.

The two married in front of their closest friends and family members on 14 September 2017, and a day later Emily uploaded a picture featuring her husband’s wedding ring onto Twitter, with a caption that reads: ‘I’ve been married one day and my husband leaves his ring in the hotel room.’ The two have apparently since been leading a happy life together, without children; this is widely believed to be because they want to focus on their careers, however, there are also some people who think that either Emily or Peter (or perhaps both) is infertile.

Neither of the two have spoken of any other people whom they might have dated before meeting each other.

Emily loves to travel, and her career has taken her all around the world visiting each continent at least once, excluding the Antarctic. Her dream travel destination is Venice in Italy.

She likes every season, as Emily believes each brings something new with it. In winter she’s keen on skiing and making a snowman, while one can usually find her sun tanning at the beach during summer. Emily likes autumn’s colors and spring’s flowers and animals.

She’s a dog-lover, and her pet Doberman Duchess can be seen featured in many of her Instagram pictures.

Emily has also volunteered at several animal shelters, and has helped many dogs find permanent homes.

She’s passionate about cars, and has a ’72 Ford Mustang.

In her spare time, Emily’s keen on watching movies starring her favorite actor and actress – Will Smith and Amanda Seyfried – such as “Bad Boys”, “Seven Pounds” and “I, Robot”.