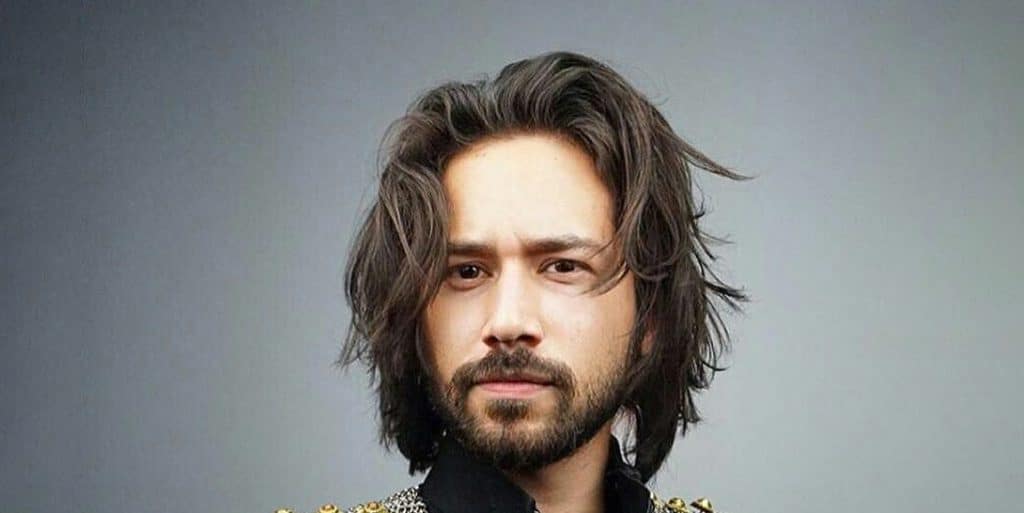 Who is Jesse Rath?

Jesse Rath was born in Montreal, Quebec, Canada, on 11 February 1989 – his zodiac sign is Aquarius and he holds Canadian nationality. He is an actor, who might be known best for his portrayal of Carter Boyd in the comedy series “18 to Life”, created by Derek Schreyer and Karen Troubetzkoy, and which starred Stacey Farber, Alain Goulem and Angela Asher. It follows two couples with different points of views, whose teenage kids marry each other. It aired from mid-2010 to mid-2011 and won two awards, while it was nominated for 12 others.

Jesse was raised in Montreal alongside his older sister Meaghan Rath by their father who is of British and Austrian descent, and their mother of Goan Indian origin. Jesse’s sister Meaghan is also an actress, who might be known best for her roles in the comedy series “Being Human”, “The Assistants” and “15/Love”. In 2015, Meaghan won a Golden Maple Award for Newcomer of the Year in a TV Series Broadcast in the US, for her performance in the sitcom “New Girl”.

Jesse attended a local high school, at which he practiced his acting skills with the school’s drama club, while he was also quite sporting as he played football and soccer. Upon matriculating in 2007, Jesse decided not to enroll at a college, but rather enrolled into various acting programs, hoping to become a famous actor one day.

Jesse made his debut film appearance in 2005 when cast to play Jimmy McCumber in the short drama “Hero by Nature”, and the same year saw him portray The Runner in the critically acclaimed biographical sports drama “The Greatest Game Ever Played”, written by Mark Frost, directed by Bill Paxton, and which starred Shia LaBeouf, Stephen Dillane and Elias Koteas. It follows the story of Francis Ouimet, who played golf at the 1913 US Open against his idol Harry Vardon who won the US Open back in 1900. The film was nominated for three awards.

Jesse’s following roles were in two 2008 movies – “Prom Wars: Love Is a Battlefield” and “Picture This” – and in 2009 he portrayed Dwight in the comedy drama “The Trotsky”, written and directed by Jacob Tierney and which was a hit, winning nine awards while it was nominated for seven others. The same year saw him play Karl in the mystery crime thriller “Web of Lies” and in 2011, Jesse was invited to portray Sachin in the action fantasy drama “The Howling Reborn”, which received mixed reviews. The following year saw him play a supporting character in Shawn Linden’s thriller “The Good Lie”, and in 2013, Jesse starred as Dicko in the comedy “His Turn” which failed to attract a lot of attention.

His two most recent roles in movies have been in the 2019 adventure comedy “Jay and Silent Bob Reboot”, and the 2020 action “Crisis on Infinite Earths”.

Jesse made his debut TV series appearance in three 2009 episodes of the action adventure “Assassin’s Creed: Lineage”, which starred Romano Orzari, Manuel Tadros, and follows the life of the father of Ezio Auditore of Firenze, who is the lead character in the video game “Assassin’s Creed II”.

Jesse gained recognition after being cast to play Ram in 16 episodes of the family action adventure “Aaron Stone”, and in 2012 he appeared in a single episode of the critically acclaimed action comedy “My Babysitter’s a Vampire”.

He went on to star as Liam in all 26 episodes of the adventure comedy “Mudpit”, created by Jamie Waese and which also starred Vas Saranga and Rob Tinkler; it follows four teenagers who are members of the band Mudpit. The year 2013 saw Jesse appear in four episodes of the fantasy horror “Being Human”, and he then starred as Alak Tarr in the action science fiction drama “Defiance”, which follows the futuristic city Defiance, home to various alien lifeforms. Some of Jesse’s following appearances were in a single episode of the drama “Code Black”, four episodes of the crime drama “19-2”, and four episodes of the comedy “The Brief”, in which he starred alongside John Boylan and David Reale. In 2016, he played Timothy, one of the lead characters in the romantic comedy “No Tomorrow”, which was nominated for two awards.

Jesse’s most recent role in a TV series has been in the action adventure drama “Supergirl”, which has been airing since 2015 and stars Melissa Benoist, Chyler Leigh and David Harewood – Jesse has portrayed Querl Dox and Brainiac in 49 episodes since 2018.

As you’ve probably heard, The 6th season of @supergirlcw will officially be our last. Getting to work on this show and play this character has been nothing short of a dream come true. Thank you to all our fans for your love and support. “We all live on in the big brain”supergirl pic.twitter.com/umG0VnCiuD

since 23 October 2017, Jesse has been dating Canadian actress Holly Deveaux, known for her starring role in the series “Baxter” – he uploaded the first picture featuring them together onto his Instagram account. The two have since shared many pictures of themselves taken at various locations in Venice Beach and Washington. In August 2018, the two visited Runyon Canyon Park in Los Angeles, while they spent their 2019 vacation in Vancouver, British Columbia in Canada.

Before meeting Holly, Jesse was in a relationship with famous American actress, musician and film director Allison Scagliotti, who is known best for her roles in science fiction crime series “Stitchers”, and the sitcom “Drake & Josh”. The two dated for around a year before splitting.

As of January 2021, Jesse is dating Holly Deveaux, hasn’t married and doesn’t have children.

Jesse is a dog-lover, and has a pet dog which can be seen featured in many of his Instagram pictures. Jesse spends a lot of his time outdoors, but tries to take his dog with him whenever he can.

He is physically active, as his career requires him to stay in shape. He has multiple training sessions at the gym each week, and follows a strict diet thus his muscular body. Jesse is also keen on watching sports both on TV and at the field – his favorite sport is baseball.

He likes to do cosplay, and doesn’t usually skip on an opportunity to attend a dress-up party. He is also a fan of Halloween parties, never missing a chance to paint his face and wear a costume.

Jesse has his own favorite actors and actresses, some of whom are Heath Ledger, Will Smith and Scarlet Johansson, and a couple of his favorite movies are “The Dark Knight”, “I Am Legend” and “I, Robot”.