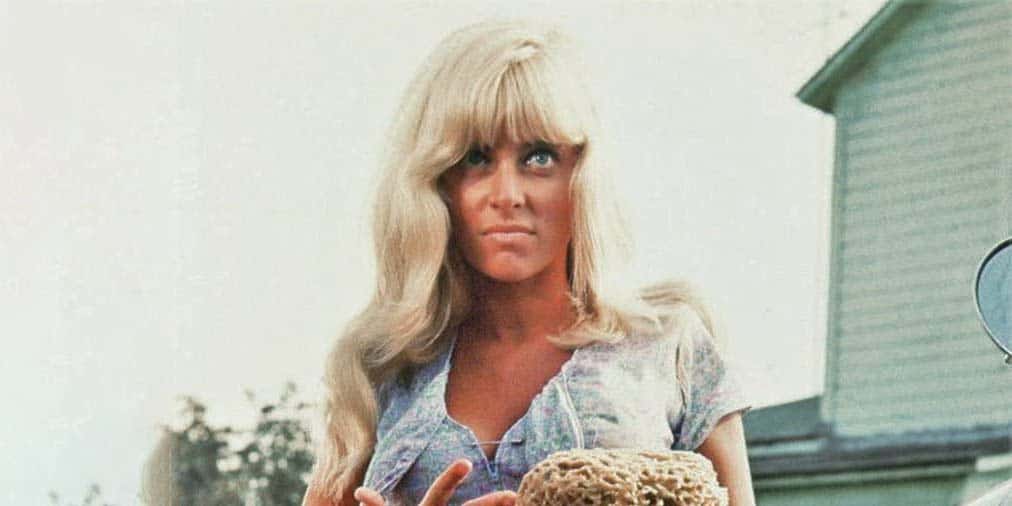 Who is Joy Harmon?

Joy Patricia Harmon was born in Flushing, New York USA, on 1 May 1940 – her zodiac sign is Taurus, and she holds American nationality. She’s a retired actress, and a baker, who had appeared in 31 movie and TV series prior to retiring from acting in 1973. Joy’s perhaps still known best for her portrayal of The Girl in the 1967 crime drama movie “Cool Hand Luke”, directed by Stuart Rosenberg, and which starred Paul Newman, George Kennedy and Strother Martin. It follows a Southern man who has been sentenced to spend two years behind bars – the movie won five awards, including an Oscar, while it was nominated for 10 other awards.

Joy’s alive and well, and is today focused on running her own bakery.

Joy was raised in Flushing by her parents, about whom nothing’s known as she respects their privacy; as Joy hasn’t mentioned having any siblings, she’s believed to be an only child.

When she was six years old, she moved to Connecticut with her family, and Joy became interested in acting while still attending a local elementary school. She appeared in various plays performed at the school, as well as several at a local theatre. She launched her acting career in 1956 (aged 16), by appearing in the romantic war movie “The Man in the Gray Flannel Suit”.

Joy matriculated from high school in 1958, and then ventured into modelling, being crowned Miss Connecticut. She didn’t attend college.

In 1958, Joy appeared in the musical drama “Let’s Rock”, and the year 1961 saw her appear in the biographical crime drama “Mad Dog Coll”. She gained recognition in 1963 with her portrayal of Ardice in the romantic comedy “Under the Yum Yum Tree”, directed by David Swift, and which starred Jack Lemmon, Carol Lynley and Dean Jones. It follows a landlord who has fallen in love, and is trying to persuade his tenant to dump her fiancé and start dating him; the film was nominated for two awards.

In 1964, Joy played College Girl in the musical drama “Roustabout”, and in 1965 portrayed Nelson’s Girl in the crime drama “Yong Dillinger”. Her following notable performance was in the 1965 comedy “The Loved One”, directed by Tony Richardson, and which starred Robert Morse, Jonathan Winters and Anjanette Comer. It follows a British poet who has begun working at a Hollywood cemetery, and it won one of the two awards for which it was nominated.

Three of Joy’s final roles in movies before retiring from acting, were in the 1965 science fiction comedy “Village of the Giants”, the 1967 romantic comedy “A Guide for the Married Man”, and the 1969 family comedy “Angel in My Pocket”.

Joy made her debut TV series appearance in 1961, with her portrayal of Kitty Northcross in the episode “Elly Becomes a Secretary” of the critically acclaimed family comedy “The Beverly Hillbillies”; the following years saw her make a guest appearance in a number of series, including the family comedy “My Three Sons”, another comedy “Valentine’s Day”, and the action crime adventure “Burke’s Law”.

In 1965, she played two characters in two episodes of the popular comedy “Gidget”, created by Frederick Kohner, and which starred Sally Field, Don Porter and Lynette Winter; it follows the life of a 15-year-old Californian teenager.

Joy then returned to appearing in only an episode of various series, with some of the most popular amongst these having been the drama “Never Too Young”, the family fantasy comedy “Bewitched”, and the comedy “Occasional Wife”.

Her final TV series role before retiring from acting, was in the 1973 episode “The Mourning After” of the comedy “Thicker Than Water”.

Joy received special thanks for the 2008 short documentary video “A Natural Born World-Shaker: Making ‘Cool Hand Luke’”, in which she was also featured; she can also be seen featured in the 2013 documentary film “From Cheesecake to Cheesecake: The Joy Harmon Story”.

Joy has made a guest appearance in a number of talk-shows, including “The Tonight Show”, “The Joey Bishop Show”, and “The ABC Comedy Hour”.

Joy worked a couple of jobs following her retirement from acting, and eventually established her own bakery in Burbank, California, called Aunt Joy’s Cakes; she has since been working solely as a baker.

In 1968, Joy exchanged vows with Jeff Gourson, a famous American film producer and editor, who’s perhaps still known best for having produced the science fiction series “Quantum Leap”, which aired from 1989 to 1993, and got Jeff nominated for three Primetime Emmys.

During the 33 years Joy and Jeff spent married, she gave birth to their daughters Julie and Jamie, as well as to their son Jason, who has become an actor and a film editor, and is perhaps known best for having edited the 2018 biographical musical movie “Blaze”, and the 2020 action comedy film “My Spy”.

Joy and Jeff divorced in 2001 for unknown reasons – neither has spoken of any other people whom they have perhaps been with since the divorce. As of August 2021, Joy seems to be single, was married once, and has three children.

Around the time when she launched her modelling and acting career, Joy became passionate about travelling. She has since visited every US state for both work and pleasure, and has also been to other continents, including Europe and Asia; her dream travel destination’s Paris in France.

She’s a cat-lover, and has had numerous pet cats.

Joy has worked with a couple of charity organizations which aim to improve the quality of life for underprivileged children. She has also donated money to a charity working with war veterans.

Joy has her own favorite actors and actresses, some of whom are Ryan Gosling, Amanda Seyfried and Kate Winslet, and a couple of her favorite movies are “The Notebook”, “Dear John” and “Titanic”.

She likes to read books in her spare time – her favorite writer is Nicholas Sparks, while her favorite book is “Message in a Bottle”.