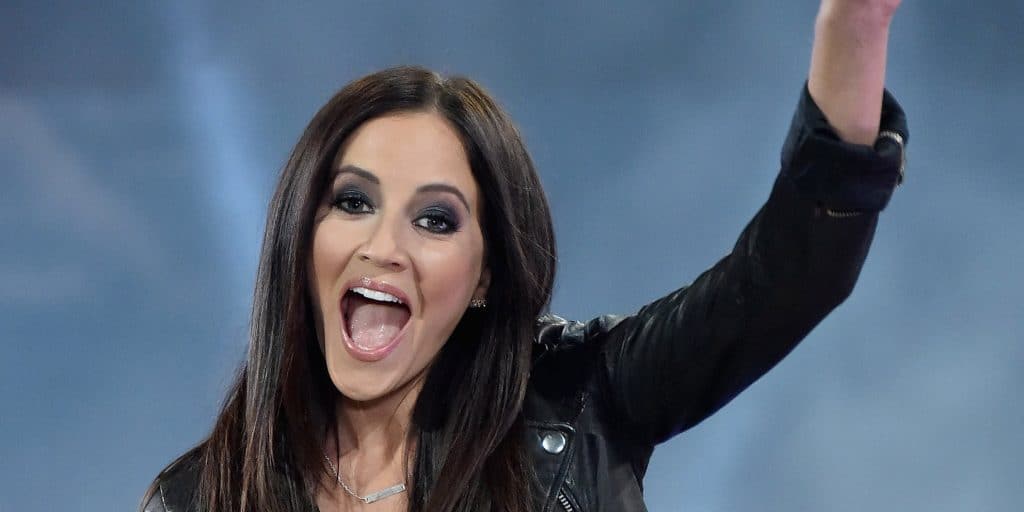 Who is Kay Adams?

Kay Adams was born on 6 April 1986 under the zodiac sign of Aries, in Chicago, Illinois USA, and is a 35-year-old television personality and sportscaster, probably best recognized for serving as the host of the NFL Network morning show “Good Morning Football”. She is also known for being the host of the DirecTV’s “Fantasy Zone”, and People magazine’s “People (The Show!)”.

How rich is she, as of now? Kay Adams Net Worth

As of early 2021, Kay Adams’ net worth is estimated at over $1 million, earned through her successful career as a sports broadcaster and television personality. Her annual salary is estimated to be over $70,000.

Kay Adams spent her early years in her hometown of Chicago, where she was raised by her parents, about whom little is known except that they are Polish immigrants, and that her father’s name is Czesio Adams.

She has two elder siblings, a brother whose name is unknown in the media, and a sister named Sylvia Wrobel. She holds American nationality and belongs to White Caucasian ethnic group, and is fluent in both Polish and English languages.

Kay Adams went to Whitney M. Young Magnet High School, where she showcased an interest in a career in media, as she wrote for the school newspaper. Following her matriculation, Kay enrolled into the University of Missouri, majoring in Communications.

During her college years, Kay worked several part-time jobs to earn enough money for studies, including bartending at a sports bar, while also honed her skills as a radio personality at local radio stations.

Kay Adams started pursuing her professional career by landing a job as an in-game host for the St. Louis Cardinals baseball team during their home games. It didn’t last long, since she joined SiriusXM, where she started hosting such shows as “Fantasy Drive” and “Livin’ The Fantasy”.

Her big break came in October 2012, when she made her debut television appearance in CBS’ “The Late Late Show With Craig Ferguson”. It led her to more serious opportunities, and she soon became the host of DirecTV’s NFL Sunday Ticket “Fantasy Zone”.

Thereafter, she worked for the gambling company FanDuel, offering her sports service, and then became a reporter for NBC Sports Network. During her stint there, she occasionally made guest appearances in various network shows, including “NBC Sports Talk”, and “The Crossover With Michelle Beadle”.

Rise to Prominence and NFL Network

Kay Adams gained enormous popularity when she joined the NFL Network as one of the hosts of the morning television show “Good Morning Football”. She still works there next to Nate Burleson, Peter Schrager, and Kyle Brandt, in the show which lasts three to four hours, starting at 7 a.m. every morning except for the weekends. The hosts cover several sports and news, presenting their own viewpoints.

Subsequently, Kay Adams secured the job as a host for special events for the Chicago Bears American Football team. In 2018, she became a part of the DAZN boxing broadcast team, consisting of Sugar Ray Leonard, Chris Mannix, LZ Granderson, and Brian Kenny, with whom she hosts each fight night broadcast both live and on-demand on the sports streaming platform. Furthermore, she was chosen to host a mobile version of the television game show “Who Wants To Be A Millionaire”, in which the general public plays for the pot of money.

In 2020, she joined People magazine’s television series “People (The Show!)” as a co-host, alongside Lawrence K. Jackson. Most recently, in 2021 she became the host of “Good Morning America Weekend Edition”.

Kay Adams became romantically involved with the famous National Football League wide receiver Danny Amendola in 2015, but their relationship didn’t last long since they parted ways sometime in 2016. It’s believed that she has been single ever since, because there hasn’t been any news about her love life. Her current residence is in New York City.

In her spare time, Kay enjoys hiking and exploring nature, and has visited such places as Machu Picchu.

She is a big foodie and likes making new recipes. Her favorite food are burgers, chicken and pizza.