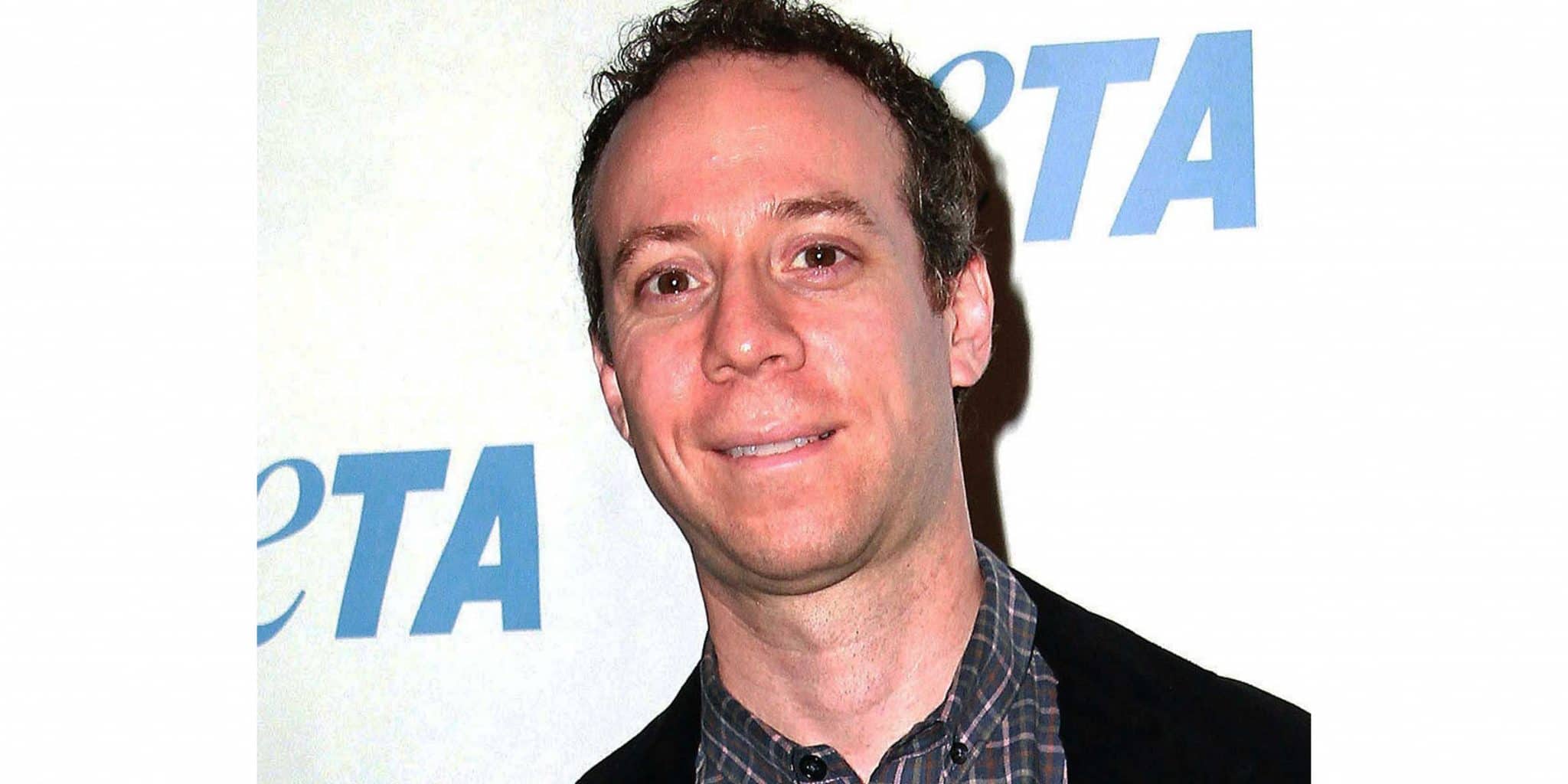 Who is Kevin Sussman?

Kevin Sussman was born on Staten Island, New York USA, on 4 December 1970 – his zodiac sign is Sagittarius and he holds American nationality. He is an actor and a comedian, who is probably still known best for his portrayal of Walter in the comedy drama series “Ugly Betty”, created by Silvio Horta and Fernando Gaitan, and which starred America Ferrera, Eric Mabius and Tony Plana. It follows the intelligent but ugly woman Betty, as she changes her appearance and becomes very attractive. The series aired from 2006 to 2010 and won 51 awards, including two Golden Globes, while it was nominated for 122 other awards.

Kevin was raised alongside his two brothers, Dan and Brian on Staten Island by their Jewish parents, about whom nothing else is known, as they prefer to stay away from media attention.

Kevin attended New Dorp High School, and upon matriculating in 1988 enrolled at College of Staten Island, but moved to the American Academy of Dramatic Arts after a year, and graduated with a Bachelor of Arts degree in 1993.

He was never very close to his brothers, and once stated how he saw his brother Dan at high school, neither of whom knew that they were studying there, even though they lived in the same house.

Kevin made his debut TV series appearance in 1996, when cast to portray Joe in the episode “Custody” of the mystery crime drama “Law & Order”, and then went on to appear in single episodes of various series, such as the fantasy horror drama “Ghost Stories”, the action crime drama “Third Watch”, and the critically acclaimed crime drama “The Sopranos”.

The year 2004 saw him portray Colin in the romantic drama “ER” created by Michael Crichton, and which starred Anthony Edwards, George Clooney and Julianna Margulies. It follows several doctors and nurses working at Chicago’s County General Hospital, and aired from 1994 to 2009, winning 156 awards including a Golden Globe, while it was nominated for 370 other awards.

Kevin went on to appear in the 2008 episode “No Heads and a Duffle Bag” of the comedy “My Name Is Earl”, and his following notable performance was in the 2012 crime comedy drama “Weeds” which was a hit, as it won 15 awards including a Golden Globe, and was nominated for 99 other awards.

From 2009 to 2019, Kevin portrayed Stuart Bloom in the romantic comedy “The Big Bang Theory”, created by Chuck Lorre and Bill Prady, and which starred Jim Parsons, Johnny Galecki and Kaley Cuoco. It follows an unusual friendship between a woman and two socially awkward but brilliant physicists; the series won 76 awards including a Golden Globe, and was nominated for 252 other awards.

Kevin made his debut film appearance in the 1999 musical comedy “Liberty Heights”, written and directed by Barry Levinson, and which starred Adrien Brody, Bebe Neuwirth and Joe Mantegna. It follows Ben, who is attracted by his colored classmate, while his Jewish mother and grandmother do not support this situation.

Kevin went on to play supporting characters in various movies, such as in 2001 the critically acclaimed romantic comedy “Wet Hot American Summer” and the science fiction drama “A. I. Artificial Intelligence”, and the 2002 thriller drama “Changing Lanes”. He also appeared in the 2002 romantic comedy “Sweet Home Alabama”, which starred Reese Witherspoon and Patrick Dempsey and was a hit, winning three awards while it was nominated for six others.

2008 saw him appear in yet another romantic comedy “Made of Honor”, which starred Patrick Dempsey and Michelle Monaghan, and follows a man who falls in love with an engaged woman. In the same year, Kevin appeared in the hit crime comedy “Burn After Reading”, written and directed by Ethan Coen and Joel Coen, and which starred Brad Pitt, George Clooney and Frances McDormand. It follows two gym employees who get a hold of a CD which contains CIA secrets, and who are now trying to sell it.

The film won eight awards and was nominated for 32 others, including two Golden Globes.

Three of Kevin’s most recent roles in movies have been in the 2009 biographical comedy “Taking Woodstock”, the 2010 romantic action comedy “Killers” and the 2012 comedy “Freeloaders”.

Kevin performed the song “Beauty and the Beast” in the 2006 episode “Fey’s Sleigh Ride” of the series “Ugly Betty”, and sang four songs in four episodes of the series “The Big Bang Theory”.

He has a single writing credit: in 2013, he wrote the animated science fiction comedy film “Dark Minions”.

Kevin has appeared in several talk-shows such as “This Week in Hollywood”, “Sociedade Recreativa”, and “Box Angeles”.

He has been nominated for three awards, winning one – in 2007 he and his colleagues were nominated for a Screen Actors Guild Award for Outstanding Performance by an Ensemble in a Comedy Series for “Ugly Betty”, and they were also nominated for a Gold Derby TV Award for Ensemble of the Year.

In 2020, Kevin and his colleagues won a CinEuphoria Merit – Honorary Award for their performance in the series “The Big Bang Theory”.

Kevin is a bit secretive when it comes to his love life, and has shared very little concerning his former marriage with Alessandra Young. The two married in a private ceremony attended by their closest friends and family on 3 January 2006, several years after they began dating.

Alessandra is a journalist who was an intern at ABC 13, and is now working as their full-time reporter. It is widely believed that Alessandra and Kevin agreed not to have children so that they could focus on their careers, however, there are also those who think that one of the two might be infertile. They divorced in 2017 for unknown reasons, and neither has spoken about any people they might be seeing today, however, it appears that Kevin is dating Addie Elizabeth Hall, a former hand model.

As of February 2021, Kevin seems to be in a relationship, was once married and doesn’t have children.

Kevin is a huge fan of comics, and before he launched his acting career, he worked at a comic book store.

He is a huge dog-lover, and has two pet dogs which can be seen featured in nearly all of his Instagram pictures.

Kevin is keen on reading, but doesn’t have a favorite genre, just as long as the book is ‘good’. He has recently recommended the humorous self-help book “… And Then You Die Of Dysentery” to his friends and fans.

He has his own favorite actors and actresses, some of whom are Robert De Niro, Meryl Streep and Anne Hathaway, and some of the movies which have inspired him the most are “Taxi Driver”, “The Graduate” and “Kramer vs. Kramer”.

Net worth and salary per episode

As of February 2021, Kevin’s net worth has been estimated at over $3 million ,while he’s said to have made around $50,000 per episode of the series “The Big Bang Theory”.