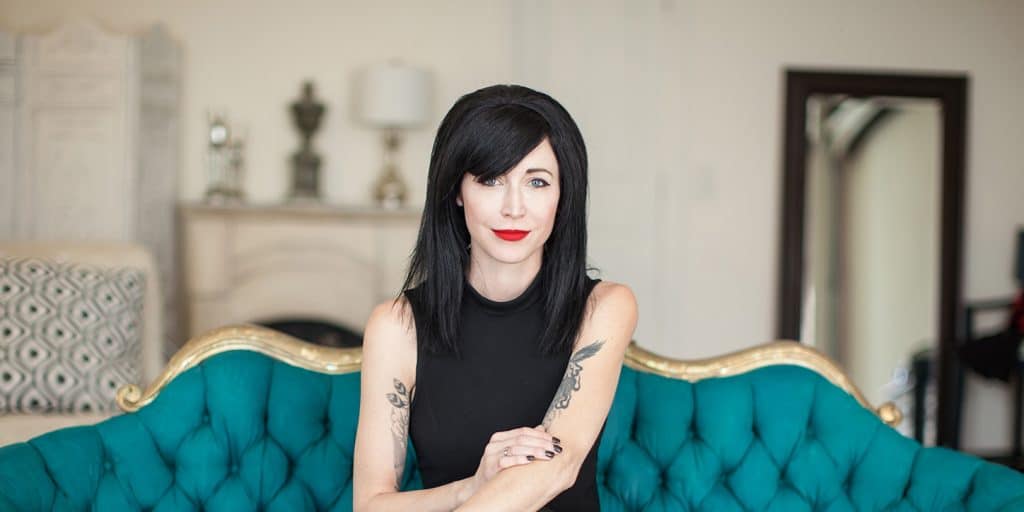 Who is Cindy Kaza?

Cindy was born in Plymouth, New Hampshire USA, on 22 November apparently in 1981 – her zodiac sign is Sagittarius and she holds American nationality. She is a medium, who is probably known best for her appearance in eight episodes of the mystery horror series “The Holzer Files”, which also stars Jeffrey Trzepowski and Shane Pittman. It follows the trio as they investigate ‘true’ haunting cases discovered by Dr. Hans Holzer, one of the first ghost hunters in America. The series has been airing since 2019, and hasn’t yet been nominated for any awards.

Cindy was raised in Plymouth an only child by her father Paul Kaza who is a businessman, and her mother who is believed to be a housewife.

Cindy was ten when she experienced ‘an awakening’: she was lying in bed at night and saw the ghost of a young girl standing next to the bed. She covered her head but when she looked again the girl was still there. Cindy was very scared, and continued experiencing similar things for years. She attended a local high school at which she was physically active playing various sports, but she didn’t talk about what was happening to her. Cindy steadily began to understand what was going on, and started researching schools which could teach her more about paranormal activities.

She matriculated, and then practiced at various paranormal-related schools in the USA as well as at the Arthur Findlay School of Intuitive Sciences found in Stansted in England.

Career as a medium

Cindy has appeared in four TV series including “The Holzer Files”.

In 2020, she guest starred in the episode “Secrets to Die For” of the documentary mystery “Lost in the Wild”, which follows the filmmaker J. J. Kelley and the journalist Kinga Phillips as they try to solve cases of missing people. Cindy went on to appear in four episodes of the reality TV show “Portals to Hell”, which starred Jack Osbourne, Katrina Weidman and Michelle Belanger, and follows two paranormal researchers in their hunt for ghosts.

Her only other appearance has been in the 2020 episode “This is Halloween” of the documentary “Shock Docs”, which stars Anthony D. Call, Jason Hawes and Jeff Belanger, and follows the stories of people who have had paranormal encounters.

Cindy is what is called an ‘evidential medium’, meaning she aims to provide proof that she really is communicating with spirits of the deceased. This ‘proof’ is usually a description of the spirit, and its cause of death or age, however, there are still many skeptics out there who believe that Cindy is a fake medium. Regardless, she is still believed by many to be one of the best psychic mediums, and has a very long waiting list of people who have invited her to check their homes for the ghosts of their deceased loved ones.

She has also received good reviews from the people she has already worked with, and not just for her work but also for being intuitive and compassionate.

Cindy is also an Instagram star, having gathered over 30,000 followers while she’s uploaded close to 1,500 pictures, most of which have been taken during her everyday life. She has also made sure to be easy to contact, as her website is quite simple. making it simple to schedule a reading or a meeting.

Cindy has taken part in various shows, and has usually been able to ‘prove’ that she indeed has these abilities.

Cindy prefers not to share the details of her personal life with the public, but to satisfy her fans’ curiosity, she has disclosed that she was once married and that the two divorced for unknown reasons after several years of being together. It’s believed by many that the actual reason was her husband not believing that Cindy is a real medium. They don’t have any children.

As of January 2021, she is dating Danny Hammer who is working in the sound recording and production department in the film industry. He has worked on various movies and TV series, and once worked with Cindy which is how the two met.

They have been together for several years now, and many pictures featuring them together can be found uploaded onto Cindy’s Instagram account.

Cindy is currently seeing Danny Hammer, was once married and doesn’t have children.

Cindy loves to travel and has been touring for several years now, appearing in TV shows and visiting those who believe that their homes are haunted. Her job has made it possible for her to visit nearly all the US states, as well as various European countries such as Germany, France and Spain.

Cindy loves all animals and has a pet parrot which can be seen featured in some of her Instagram videos and pictures.

She is more focused on her mental health rather than physical, and thus does yoga and meditates on a daily basis. Cindy also takes care of her body, still working out at the gym several times each week.

She enjoys watching movies in her spare time, and is a fan of classics and evergreens. Some of her favorite films are “Pulp Fiction”, the trilogy “Kill Bill” and “Grand Torino”, and a couple of her favorite actors and actresses are Clint Eastwood, Bruce Willis and Uma Thurman.

Age, religion and net worth

Cindy is believed to be in her late 30s. She has long black hair and blue eyes, her height is 5ft 6ins (1.67m) and she weighs around 130lbs (59kgs). She was baptized Catholic, but believes that there is truth in each and every religion, and that people can take different paths and still all get close to God. She herself mentions God a lot when she works.