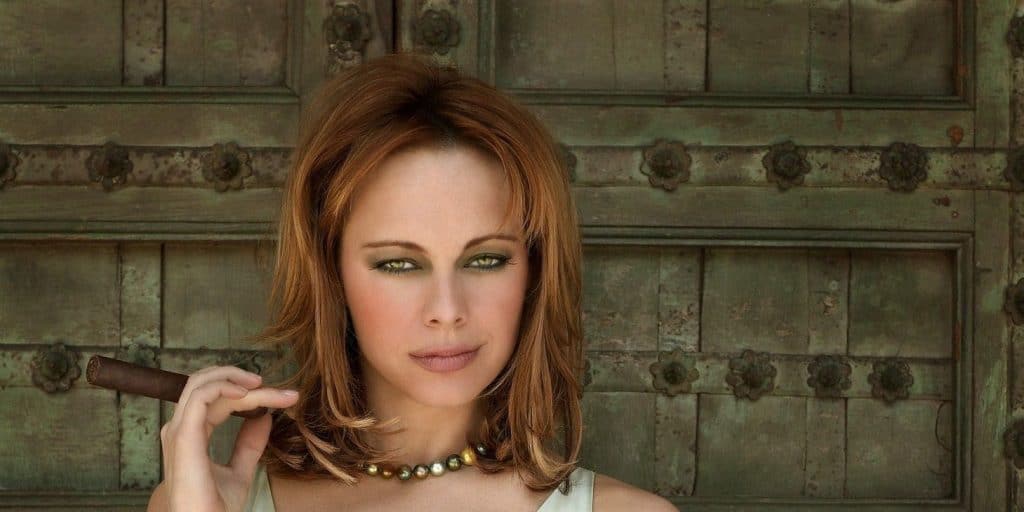 Who is Melinda Clarke?

Melinda Patrice ‘Mindy’ Clarke was born in Dana Point, California USA, on 24 April 1969 – her zodiac sign is Taurus, and she holds American nationality. She’s an actress with more than 50 credits to her name, while she’s perhaps still known best for her portrayal of Jessica Priest, in the 1997 action horror movie “Spawn”. It was written and directed by Mark A. Z. Dippe, starred Michael Jai White, Martin Sheen and John Leguizamo, and follows a mercenary who has been killed, but has been sent back from Hell as a Devil’s soldier. The film won two of the eight awards for which it was nominated.

Melinda was raised in California alongside her brother Joshua and sister Heidi, by their father John Clarke, the late actor who’s still remembered for his portrayal of Mickey Horton, in the soap opera “Days of Our Lives”, and their mother Patricia Lewis, who was a ballet dancer. Melinda’s sister Heidi died to a heart tumor in 1994.

Melinda became interested in acting while attending a local high school, mostly because of her father, who occasionally took her on sets of his movies and TV series. She matriculated from a local high school in 1987, but hasn’t spoken of her further education, so it’s widely believed that Melinda hasn’t attended college.

Melinda made her debut TV series appearance in 1989, when her father helped her be cast in the soap opera “Days of Our Lives”; she went on to appear in 130 episodes by the end of 1990.

The early ‘90s then saw her make a guest appearance in an episode of various series, including the crime drama “Jake and the Fatman”, and the comedy “The George Carlin Show”.

Melinda gained wider recognition in 1994, with her portrayal of the lead character Lexy Monroe, in the fantasy comedy drama “Heaven Help Us”. Created by William Blinn, it also starred John Schneider and Ricardo Montalban, and follows Doug and Lexy Monroe who have just married, and have died in a plane crash, only to be returned to Earth to help people. A couple of Melinda’s other roles in the ‘90s were in an episode of the crime fantasy drama “Strange Luck”, two episodes of the action adventure drama “Xena: Warrior Princess”, and the episode “The Muffin Tops” of the critically acclaimed comedy “Seinfeld”.

Between 1997 and 1999, she starred as Margo Vincent, in the hit action adventure “Soldier of Fortune, Inc.”, which follows the members of an elite crime fighting unit.

The early 2000s saw Melinda appear in an episode of numerous series, such as the drama “First Monday”, the mystery fantasy drama “Charmed”, and the drama “Everwood”. Her most notable performance in the 2000s was probably in the romantic comedy “The O. C.”, in which she starred as Julie Cooper, alongside Mischa Barton and Adam Brody. It follows the lives of several teenagers who are residing in Newport Beach, Orange County, California, the series aired from 2003 to 2007, and won 15 of the 36 awards for which it was nominated.

Between 2010 and 2013, Melinda portrayed Amanda, in the critically acclaimed action crime drama “Nikita”, which starred Maggie Q and Shane West, and follows an assassin as she’s taking down the organization which trained her. The series won two of the 29 awards for which it was nominated, including two Primetime Emmy nominations.

Three of her most recent TV series roles have been in the action crime drama “Gotham”, the fantasy horror drama “The Vampire Diaries”, and the crime comedy “Swedish Dicks”.

Melinda made her debut film appearance in 1992, with her portrayal of Monica, in the comedy “Hot Under the Collar”, and the same year saw her play Laura, in the action drama “Out for Blood”.

In 1993 she was cast to appear in two movies – the horror drama “Young Goodman Brown” and the horror “Return of the Living Dead III”, then in 1995, Melinda played Savannah Delongpre, in the romantic drama “Return to Two Moon Junction”. She gained recognition in the following year, with her portrayal of Cigarette Girl, in the mystery crime drama “Mulholland Falls”, directed by Lee Tamahori, and which starred Nick Nolte, Melanie Griffith and Jennifer Connelly. The film follows members of a special crime squad who are investigating a young woman’s murder in Los Angeles; it won one of the two awards for which it was nominated. In 1997, Melinda could’ve been seen appearing in the action adventure “Soldier of Fortune”, and the drama “Critics and Other Freaks”.

In 2002, she was cast to star as Starring, in the drama “Cold Sweat”, as well as Agent Williams in the horror science fiction thriller “.com for Murder”. Melinda made her voicing debut in the following year, lending her voice to Alexa in the hit animated action adventure “The Animatrix”.

She’s since mostly been focused on appearing in series, and some of her most recent movie roles have been in the 2007 crime drama “The Man”, the 2014 comedy “How Divine!” and the 2015 mystery crime drama “CSI: Immortality”.

She received special thanks for the 2010 documentary movie “GasHole”.

Melinda has made a guest appearance in numerous talk-shows, including “Late Night with Conan O’Brien”, “On-Air with Ryan Seacrest”, and “The Ellen DeGeneres Show”.

In 1990, Melinda was nominated for a Young Artist Award for Best Young Actress in a Daytime Drama, for her performance in “Days of Our Lives”.

Melinda has been married twice. On 28 June 1997, she exchanged vows with Ernie Mirich, an American actor with four credits to his name. The two could often have been seen attending various red carpet events together, and on 4 January 2000 Melinda gave birth to their daughter Catherine Grace Mirich. However, Melinda and Ernie divorced in 2005 for unknown reasons.

On 12 September 2015, Melinda married her second husband, the non-celebrity American Adam Farmer, and it’s widely believed that the two have agreed not to have children together.

As of July 2021, Melinda’s married to her second husband Adam Farmer, and has a daughter with her first husband Ernie Mirich.

Melinda’s a huge fan of music, and some of her favorite singers are Frank Sinatra, Freddie Mercury and Michael Jackson. She’s a singer herself, and is a trained soprano.

In 2003, she was invited to play Maggie, one of the lead characters in the horror thriller movie “The Hitcher II: I’ve Been Waiting”, but she turned it down.

Melinda’s a philanthropist, and is known for having volunteered with the Young Storytellers Foundation.

She loves to smoke cigarettes.

Melinda’s passionate about travelling, and her acting career has taken her to numerous US states, as well as to various European countries; her dream travel destination is Venice in Italy.

In her spare time, she likes to watch movies starring her favorite actor and actress, Robert De Niro and Natalie Portman, such as “The Sleepers”, “Goodfellas” and “Leon: The Professional”.