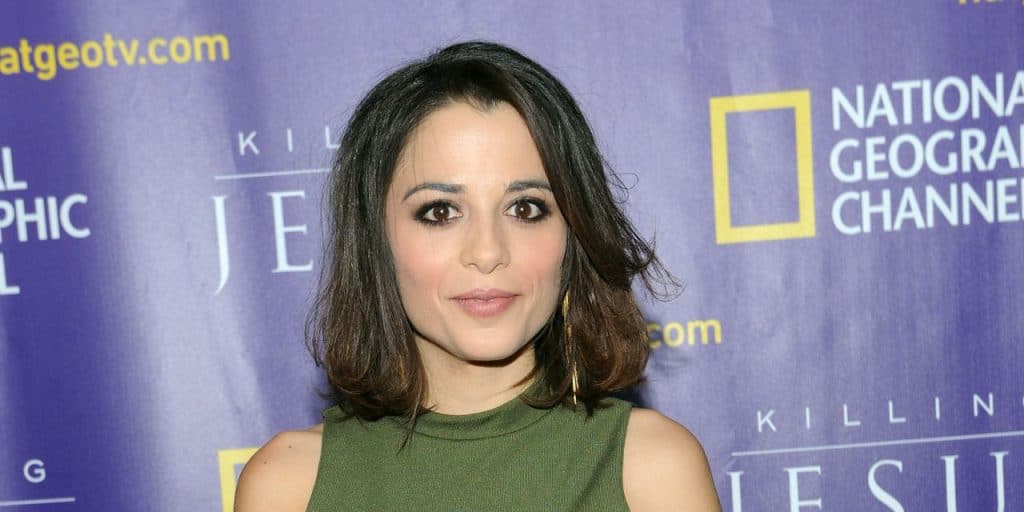 Who is Stephanie Leonidas?

Stephanie Leonidas was born on 14 February 1984 under the zodiac sign of Aquarius, in Westminster, London, England. She is a 37-year-old British actress, probably best recognized for landing the role of Della Wells in the British mystery soap opera “Night & Day” (2001-2003), playing Helena Campbell / Anti-Helena in the fantasy film “MirrorMask” (2005), and featuring as Irisa Nyira in the American sci-fi western drama series “Defiance” (2013-2015).

How rich is she, as of now? Stephanie Leonidas Net Worth

As of mid-2021, Stephanie Leonidas’ net worth is estimated at over $1 million, acquired through her successful involvement in the entertainment industry as a professional actress, who has garnered more than 45 television and film acting credits since she launched her career in 1997.

Stephanie Leonidas spent her early years in Westminster, a district in central London where she was raised by her Greek Cypriot father Harry Leonidas, and her mother, Lesley Leonidas, who is of English and Welsh ancestry. The professions of her parents haven’t been revealed to the public. She has a brother named Dimitri Leonidas and a sister named Georgina Leonidas, both of whom are also actors. She also has an elder sister named Helena Leonidas, who works as an elementary school teacher. She holds British nationality and belongs to White Caucasian ethnic group. Stephanie hasn’t shared any details regarding her education.

Stephanie started pursuing her professional acting career in 1997, when she made her debut TV appearance as a rabbit girl in the episode “The Star Pupil” of the BBC One sitcom “Chalk”, while her breakthrough was the main role of Della Wells in the ITV mystery soap opera “Night And Day” that ran from 2001 to 2003. Concurrently, she portrayed 16-year-old Annette in the thriller film “Fogbound” in 2002, but it went uncredited. Later that year, she had the part of Emma Cooper in the made-for-TV mystery drama film “Daddy’s Girl”. Stephanie then starred as Kerri in the made-for-TV true crime drama film “Danielle Cable: Eyewitness” and performed as Dani in the play “The Sugar Syndrome” at the Royal Court Theatre, both in 2003.

In the next year, she played Grace in the 2004 independent romantic film “Yes”, written and directed by Sally Potter.

It was followed by her dual portrayal of Helena Campbell and the Dark Princess (Anti-Helena) in the fantasy film “MirrorMask”, directed by Dave McKean in 2005. During the same year, she also had the part as Uranita in the Dominican-Spanish-British drama film “The Feast Of The Goat”, next to Paul Freeman and Isabella Rossellini, and took the supporting role of Athena in the American apocalyptic drama miniseries “Revelations”, based on the Book of Revelations and aired on NBC. She then also played Zoe Haratounian in the made-for-TV thriller film “Beneath The Skin”, also in 2005.

In 2006, Stephanie Leonidas landed the roles of Jenne in the Dutch film “Crusade In Jeans” and Mina Murray in the BBC adaptation of the 1987 novel “Dracula” by Brian Stoker. It was followed by her appearance as Hester Argyle in the episode “Ordeal By Innocence” of the ITV mystery crime drama series “Marple” (2007), based on the books and short stories by Agatha Christie. Three years later, she appeared as Adela in the play “The House Of Bernarda Alba” at Coventry’s Belgrade Theatre. Her next TV role came in 2011 when she was cast as Pinaruti in the BBC One docudrama film “Atlantis: End Of A World, Birth Of A Legend”, directed by Tony Mitchell.

The same year, she appeared as Patch in the independent comedy film “How To Stop Being A Loser”, next to Bill Murray and Gemma Atkinson. In 2012, she performed as Sally in the play “Influence”.

Stephanie’s next major role came in 2013, when she joined the main cast of the American sci-fi western drama TV series “Defiance”, in which she starred as Irisa Nyira. The series was aired on Syfy for three seasons until it was canceled for financial reasons in 2015 – she also voiced the character in the 2013 video game of the same title. Later that year, she had the part of Rahab in the History action drama miniseries “The Bible”, which she would later reprise in the 2014 made-for-TV film “Women Of The Bible”, and played Kelly in the thriller film “U Want Me 2 Kill Him?”.

Also in 2013, she guest-starred as Hattie Stubs in the episode “Dead Man’s Folly” of the ITV mystery drama series “Poirot”, based on based the fictional character Hercule Poirot created by Agatha Christie.

In the mid-2010s, Stephanie Leonidas landed such roles as Fraya in Dave McKean’s independent fantasy drama film “Luna” (2014), and portrayed Salome in the made-for-TV biographical drama film “Killing Jesus” (2015), based on Bill O’Reilly’s book of the same title, and broadcast on National Geographic Channel. It was followed by her portrayal of Carmen Mead in the independent comedy film “Meet Pursuit Delange: The Movie”, written and directed by Howard Webster, also in 2015.

Her next significant appearance came in the next year with the main role of Sophie Hawthorne in the American mystery drama TV series “American Gothic”, created by Corinne Brinkerhoff for CBS; however, the series was canceled after a single season. She then landed her next major role as Chloe Koen in the Crackle crime comedy-drama series “Snatch” (2017), and featured as Katie in the drama film “Tomorrow” (2018), alongside Sebastian Street and Stuart Brennan. Most recently, she guest-starred as Violetta Talenti in the British detective drama series “Endeavor” (2020), and Binky in the British comedy-drama series “Feel Good” (2021).

Stephanie Leonidas is a married woman. Her husband is British actor Robert Boulter, known for his work on “Donkey Punch”, “Waking The Dead”, and “Casualty”. The couple tied the knot at a wedding ceremony that took place on New Year’s Eve 2016, and are still going strong. Both of them are huge animal lovers, and have a dog named Presley.