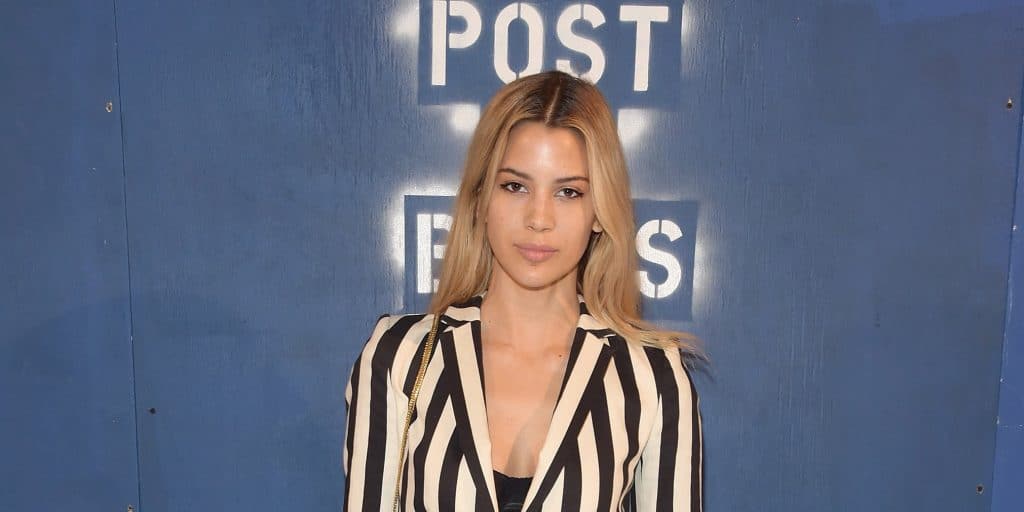 The untold truth about Will Peltz girlfriend, Kenya Kinski-Jones

Kenya Julia Niambi Sarah Jones was born in Los Angeles, California USA, on 9 February 1993 – her zodiac sign is Aquarius and she holds American nationality. She is a fashion model, but who is perhaps known best for being the girlfriend of famous American actor Will Peltz.

Kenya was raised in Los Angeles by her mother Nastassja Aglaia Kinski, who is a former model and an actress with around 60 credits to her name, and her father Quincy Delightt Jones Jr. who is a musician and a film producer. She doesn’t have siblings, but has two half-siblings from her mother’s previous affairs, and six half-siblings from her father’s side, including Kidana and Rashida Jones both of whom are today popular actresses.

Although interested in acting as well, Kenya found thatshe wasn’t talented enough for it while attending elementary school. She was physically quite active in high school, but mostly because she was interested in modelling and wanted to shape her body, ready for her modelling career. Kenya matriculated in 2011, and then enrolled at Loyola Marymount University from which she graduated with a Bachelor’s degree in 2015.

Kenya has been working in the modeling industry for several years now – she was discovered by Bruce Weber, a famous American fashion photographer and a filmmaker, who helped Kenya launch her career – her first pictures could’ve been seen in an issue of the magazine “Vogue Spain”.

She was subsequently signed to Ford Models in Paris, France, and walked the catwalk for the first time for the popular French fashion house Chanel. Since then, Kenya has walked for numerous other famous designers, including Calvin Klein, Ermanno Scervino and Stella McCartney. She has also appeared in various magazines, such as “Glamour”, “Harper’s Bazaar” and “Teen Vogue”.

Relationship with Will Peltz

Kenya is quite secretive when it comes to her personal matters, but it is known that she has been in a relationship with Will Peltz since 2011.

The two haven’t disclosed how and when they met, but it is believed that it was in the late 2010 at a party organized by a mutual friend. They have been together since, but it doesn’t appear that they are planning to exchange vows or have children anytime soon.

As of February 2021, Kenya is dating Will Peltz, hasn’t married and doesn’t have children.

It is very important for Kenya’s career as a model to stay in shape, and she has several training sessions at the gym each week and follows a very strict diet, which means she doesn’t eat sweets or fast food unless it is a very special occasion.

She is an animal-lover, and her favorites are horses while her one favorite animal is the horse Koda, which can be seen featured in some of her Instagram pictures.

Kenya likes to read books, especially poems, and her favorite author is Mary Oliver and her poem “I Worried”.

Summer is her favorite season as she enjoys showing off her body at the beach, sun tanning and swimming in the ocean.

Kenya has her own favorite actors and actresses, some of whom are Matt Damon, Emma Watson and Natalie Portman, and a couple of her favorite movies are “Good Will Hunting”, the franchise “Harry Potter” and “Leon: The Professional”.

Who is Will Peltz?

William ‘Will’ Peltz was born in New York City, USA, on 30 May 1986 – his zodiac sign is Gemini and he holds American nationality. He is an actor and a model, probably known best for his portrayal of Adam in the 2014 mystery horror thriller movie “Unfriended”, written by Nelson Greaves, directed by Levan Gabriadze, and which starred Heather Sossaman, Matthew Bohrer and Courtney Halverson. It follows a supernatural force using an online account of a deceased person to haunt the person’s friends in an online chat room.

The movie won three out of the nine awards it was nominated for.

Will was raised in New York City alongside his six siblings and two paternal half-siblings, by his mother who is a housewife and his father Nelson Peltz who is an American billionaire investor and businessman. Will attended a local elementary school at which he was mostly interested in playing hockey; he played for the New Jersey Hitmen, and with them reached the Tier III Junior league. He continued playing hockey at high school, and while he hasn’t talked about his further education, it’s believed that Will enrolled at college upon matriculating in 2004.

He launched his acting career in 2010 with his portrayal of a nervous man in the episode “There Will Be Blood… Type A” of the fantasy crime series “Medium”, and a couple of his following appearances were in two episodes of the comedy series “Entourage”, the 2011 action mystery thriller movie “Abduction”, and the 2012 biographical fantasy drama “To Write Love on Her Arms”. His first notable performance was in the 2013 thriller drama “Paranoia”, which starred the famous actors Liam Hemsworth, Gary Oldman and Harrison Ford, and follows a new employee at a large corporation whose job is to spy on his boss’s former mentor.

The year 2014 saw Will star as Brandon Lender in the comedy movie “Men, Women & Children”, which follows several people and their children as they learn to navigate life after the internet has entirely changed the world. Three of Will’s most recent appearances have been in the 2019 drama movie “You Are Here”, the 2020 thriller film “InstaPsycho”, and the 2021 episode “Tailfin” of the mystery science fiction series “Manifest”.

Both Will and his sister Nicola Peltz, a popular actress, have matching tattoos on their ribs which read ‘family’ written in Hebrew.