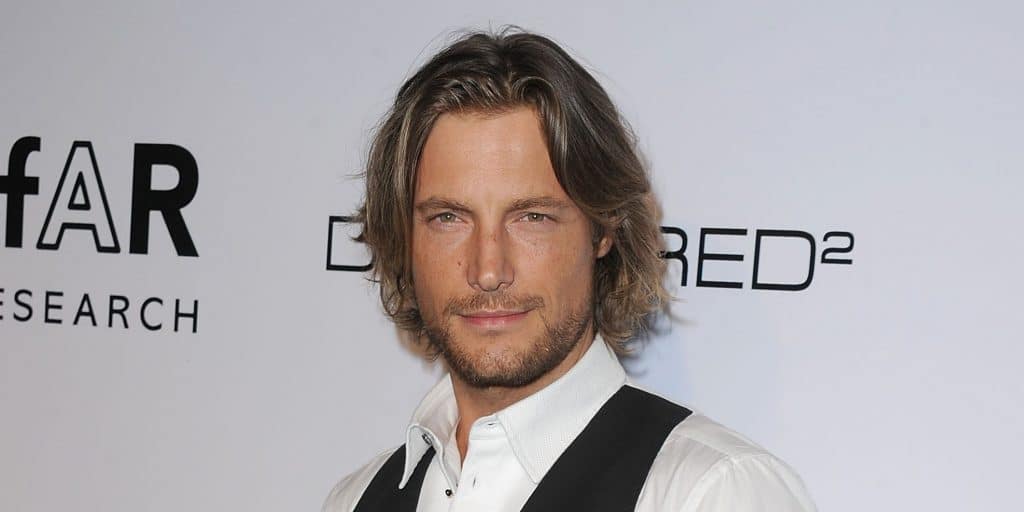 Who is Gabriel Aubry? Age, Net Worth, Girlfriend, Daughter, Wiki

Who is Gabriel Aubry?

Gabriel Aubry is a Canadian model, known for his association with high-end brands such as Versace, Hugo Boss, and Calvin Klein. He additionally rose to prominence for his relationship with the Oscar-winning actress Halle Berry. Gabriel was born under the Zodiac sign Virgo on 30 August 1976, in Montreal, Quebec, Canada. The aspiring model holds Canadian citizenship, and as of 2021, he is 44 years old.

Gabriel was born into a large family to parents of French-Canadian origin. Reportedly he had nine siblings, but spent most of his early life bouncing around foster homes. Later, when he secured his place in the world of high fashion, Gabriel moved in with his father.

Even though he didn’t have any aspirations to become a model, that all changed when a scout approached him at a night club. Gabriel, who was at the time in his twenties, was enjoying his ski trip in Quebec, partying in the club with no idea of what was to come. Like most models, he started landing jobs for local brands before transitioning to Tommy Hilfiger, Ralph Lauren, and Cerruti.

Given his signature androgynous look, he quickly became a rising star, with various brands going out on a limb to book him for a show. In 2000 he signed a four-year deal with German brand Hugo Boss, and subsequently appeared in a variety of fashion campaigns alongside popular models such as Mini Anden and Amber Valletta. During his career, Gabriel has also signed with popular agencies such as Wilhemina Models, the talent agency situated in New York, and the Milano-based agency called Beatrice Models.

Besides modeling, he’s also dipped his toes in the business world as he opened a Cuban-inspired coffee shop called “Café Fuego” in 2006, Gabriel saying, “It’s very similar to my house, so it’s very warm.”

In 2008 he appeared in the commercial for Macy’s in association with Calvin Klein, with other well-recognized names such as Mariah Carey, Carlos Santana and Donald Trump. Additionally, Gabriel was graced with the title of the only male model to appear on the cover of L’Uomo Vogue, simultaneously modeling for other high-fashion brands featured in the same magazine. He also landed on the list of “Most Beautiful People” by Peoples Magazine. As a successful and sought-after model, it doesn’t come as a surprise that in 2012 he was one of the highest-paid models.

Even though presenting and opening shows for such high-end brands will undoubtedly shoot anyone into the center of public attention, Gabriel prefers to stay out of the limelight, saying “I was always a super-shy person, don’t like to be followed by the cameras.”

However, when he started dating Halle Barry, the spotlight became unavoidable for Gabriel, who often made headlines for a variety of reasons.

His relationship with Halle Berry

The rising model and the renowned actress Halle Berry met at the photoshoot for Versace in 2005. Soon after the duo became inseparable, and three years later, on 16 March 2007, they welcomed a daughter named Nahla Aubry. However, on 30 April 2010, they announced their separation. In 2011, Halle came forward and said even though the love connection came and went, they are on good terms: “You realized you are not meant to go to distance with everybody”.  Reportedly, Gabriel had a brief fling with Kim Kardashian after his split from Halle, and they were seen together enjoying a Laker’s game. However, the romance lasted only a couple of weeks.

However, it didn’t take them long to start making vile accusations and consequently sensational headlines, and becoming involved in a nasty custody battle followed by prying eyes.

Soon after, Halle began dating the actor Oliver Martinez, who was also dragged into this bitter custody battle. In 2012 Halle and Martinez announced their engagement. In the light of those events, Halle wanted to take their daughter Nahla to France, the native country of Martinez, which didn’t comply with Gabriel’s wishes as he claimed that it would interfere with their custody arrangement.  The judge agreed with Gabriel’s objection, and denied Halle’s request to move to France. To complicate the situation even more, Gabriel and Martinez got into a physical altercation, after Gabriel tried to drop off his daughter for school. According to reports, Martinez taunted Gabriel before initiating a brawl which left Gabriel with a swollen black eye, broken ribs, and numerous cuts. Ironically, Martinez performed a citizen’s arrest on Gabriel, which granted him a restraining order against Gabriel, preventing him from coming close to Halle, Martinez, and even his own daughter.

Gabriel also issued a request for an emergency protective restraining order against Martinez, claiming that Martinez threatened his life. He also disclosed in his declaration that Martinez allegedly said: “We called the cops. You’re going to tell them that you’re the one who attacked me, or I’m going to kill you.” Subsequently, Gabriel hired lawyers to prove his innocence and the vicious Martinez’s intent to assault him.

Gabriel’s modeling career took a significant blow, as he was at the time in US under a working visa, and was additionally dragged through mud with various claims and accusations. One of the sources came forward and said:” Gabe is in the United States on a work visa and anytime someone is arrested on child abuse, domestic violence, assault or battery charges the Immigration and Naturalization Services is contacted by law enforcement.”  Besides losing the possibility of shared custody, the model also faced criminal charges and deportation to Canada.

Claims of Racism, Incest and Abuse

The whole situation was taken a notch further when Halle disclosed disturbing information about her relationship with Gabriel, allegedly filled with physical and mental abuse. In the document shared by Radar Online, Halle accused Gabriel of being racist, abusive, and even having incestuous relations with a member of his family. She additionally supported these accusations with claims that Gabriel would not acknowledge their daughter as bi-racial, and used various racial epithets. In the documentation provided to the courts, Halle also claimed that Gabriel was sexually abused in his early life as he bounced between foster homes; that is also the period in which he reportedly had engaged in incest. In her testimony, she adamantly claimed that previous sexual abuse he endured destroyed their sex life, Halle disclosed: “After the first six months of our relationship, our sex life diminished and after one year we had sex less than three times per year”, also adding: “(Gabriel) refused to either recognize or accept responsibility for these issues.

(GSN) Halle Berry has had her court-mandated child support payments to her ex Gabriel Aubry slashed in half. According…

Posted by The Real Gospel Spotlight on Monday, March 29, 2021

Instead, he criticized my body in ways which are very demeaning to women. I finally convinced Petitioner to go to a joint therapist to address these issues.” On top of all of this, she also claimed that Gabriel has various psychological issues such as depression which he refused to treat, citing those as one of the reasons why they parted. The actress cited all of these details in the documentation provided to the court, with the aim of proving that Gabriel was unfit to be the primary parent of Nahla.

The model didn’t deny or confirm any of these claims. In turn, Gabriel’s attorney asked the court to strike most of her testimony as it was “not relevant”, and it “misstates the facts and has no foundation”. One of the sources also said; “Contrary to public perception, Halle has a particularly nasty temper, and she can be really controlling and vindictive.” The whole ordeal was finalized in 2014 when Superior Court ruled Halle to pay $16,000 a month for child support to Gabriel, along with the retroactive payment of $115,000 and $3,000 to reimburse Gabriel’s court fees.

Recently, Halle made the headlines after making comments online regarding her current situation with her ex-boyfriend and child support.  She posted on Instagram a photo saying “Women don’t owe you sh*t.”, initiating a lengthy debate on the subject of gender roles, and alimony. Additionally, she compared the child support she pays to Gabriel with “extortion”, showing his displeasure with the whole situation. Subsequently, she was asked by a fan in the comment sections if paying alimony or child support was bad, she answered:” I’m not going to speak on alimony as I have never asked for it nor have I ever paid it. However, as for child support, I feel I can speak on it as I’ve been paying it for a decade now.”

She also added:” I feel if a woman or a man is having to pay support that is way more than the reasonable needs to help SUPPORT the child, I think that is wrong! The laws are outdated and no longer reflect the modern world. This is just my opinion I clearly don’t own the truth.”

Criticizing the system and the monthly amount she has been ordered to pay, she also disclosed that she pays Nahla’s full tuition for the private school, in addition to all the expenses for Nahla’s step-brother Maceo, which Halle had with Martinez. In Halle’s opinion, the law allows some parents to take advantage of the system, securing more money for them.

After renegotiation, the court agreed to halve the amount of child support, followed by her impassioned social media rant. As of April 2021, the actress will pay $8,000 for child support instead of $16,000.

Regarding his hobbies, he is a great fan of music, and to his fans’ surprise, he plays guitar. In 2008 he released and produced an album entitled Café Fuego Vol. 1, recording this album to showcase the ambiance marked by Latin and Cuban influence for the restaurant he opened in 2006.

Gabriel is a passionate golfer, and likes to attend tournaments depending on his free time. He also plays lacrosse.

As of 2021, his estimated net worth is $4million, which he’s earned through his numerous high-profile fashion endeavors. On the other hand, Halle’s net worth is reputedly $90 million.

Gabriel is very active only on Instagram; his account has over 110,000 followers. He usually posts selfies, photos from his photoshoots, with an occasional photo of his daughter.