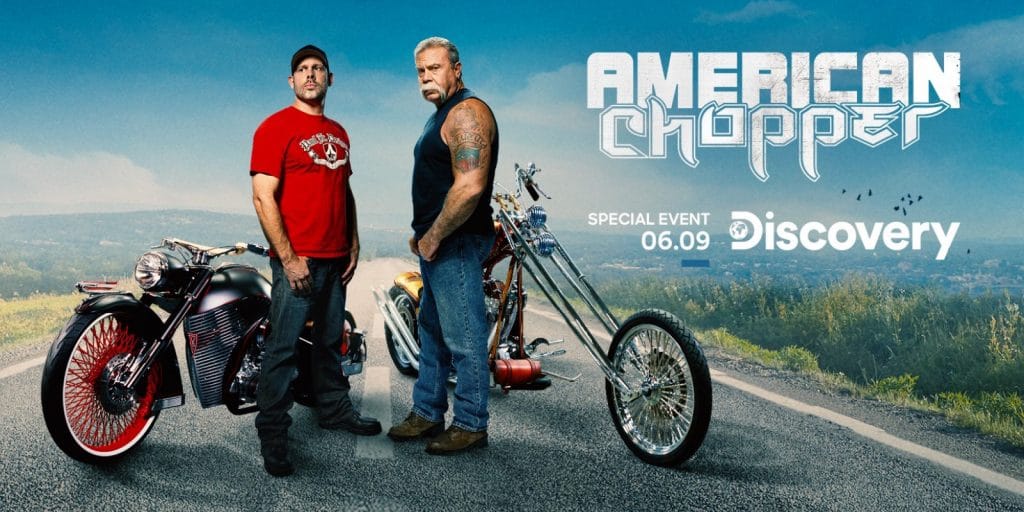 ‘American Chopper’ is an American reality television series that originally aired on the Discovery channel from 2003 to 2007. The series followed the daily activities and continued projects of ‘Orange County Choppers’, a custom motorcycle fabrication workshop in Newburgh, New York, once owned by the father and son team consisting of Paul Teutul Senior and Paul ‘Paulie’ Teutul Junior.

For most of the show, ‘Orange County Choppers’ would construct custom motorcycles for a variety of clients, focusing specifically on creating some of the most exquisite chopper-style motorcycles the world has ever seen.

While the focus of the show centered on the many projects produced by the Teutuls’ workshop, the show earned a popular reception among viewers because of the constant disputes between father and son.

Arguments would range from anything to everything, although, for the greater part, it seemed like the conflict stemmed from the creative differences between the two Teutuls, and the different approach both assumed with the work.

Unfortunately, or perhaps fortunately, while some reality shows often tweak the truth for viewer ratings, the conflict depicted on ‘American Chopper’ was as real as it gets.

Ultimately, the disputes between father and son became so toxic that at one point an argument escalated into a near physical altercation between the leading stars of ‘American Chopper’. In the end, the argument cost Junior his job, but that became a mistake that Senior might eventually have regretted.

Despite the popularity of the show, which earned the right to produce a video game and became one of Discovery Channel’s most-watched programs, the separation of father and son caused the dissolution of the show.

Welcome to the weekend!

Ultimately the show was cancelled, however, when Junior started his own shop, the producers saw a chance to potentially save the franchise, and began filming a spin-off series.

The new series, taken up by The Learning Channel, focused on the competition between Senior’s workshop and Junior’s new shop, ‘Paul Junior Designs’. Unfortunately, especially for long-time fans of the Teutuls, the new series did not do so well, also eventually being cancelled. Then, in 2018, TLC announced the return of ‘American Chopper’, assuring fans that a new season will once again grace their screens.

Apparently, Junior and Senior set aside their differences, made peace with each other, and once again began creating their legendary masterpieces. This was not, though, before Senior experienced what some might consider the worst time of his life. Following the end of ‘American Chopper’ in 2007, Senior faced difficult and harsh times, as his finances hit rock bottom.

One might even say that the once affluent reality star lost everything. There were various factors that played a role in Senior’s financial failure, but the biggest could perhaps have been all the legal issues he faced. At one point, Senior even filed for bankruptcy.

Now, with the return of the latest seasons of ‘American Chopper’, fans might be wondering how Senior is doing. Unfortunately, it seems that his struggles are far from over.

A Series Of Unfortunate Lawsuits

Dedicated fans of the show would obviously be aware of the fact that both Senior and the show are no strangers to legal disputes. Throughout the series’ early run, ‘American Chopper’ faced several disputes with unhappy campers.

However, Teutul Senior’s biggest problems started shortly after the original airing of ‘American Chopper’ ended – Teutul approached a potential investor, a businessman by the name Thomas Derbyshire, with an idea to start a completely new television series.

The series would have been similar to the original production that made Senior both rich and famous, which was Teutul’s apparent hook and sinker used to convince Derbyshire to invest millions.

Unfortunately, Teutul never held to his end of the agreement. During the production of the new series, Teutul failed to arrive on set, and also declined to work with someone Derbyshire requested of him. To make matters worse, Derbyshire eventually filed claims of fraud against Senior, accusing him of using the investment capital for personal expenses, which included an overseas vacation. However, this was only the beginning of Teutul’s problems.

A former employee of ‘Orange County Choppers’ also filed a lawsuit against the reality star and the show. He claimed that Teutul promised him a chopper on which he worked but never gave him the motorcycle, and his further claims also included copyright infringements.

According to the employee, the show sold merchandise with his face on it without permission, and never reimbursed him for it either. In another case against Discovery, Senior, and the youngest Teutul, Michael ‘Mickey’, a photographer claimed that the network and the stars owed him more than $250,000 for using his art on T-shirts without his permission.

His suit also included accusations of illegal use of photographs used to promote Mickey’s art gallery. On top of that, according to some reports, Senior also owes the state of New York tax money for income from his Newburgh restaurant, ‘Orange County Chopper Cafe’, exceeding $20,000. To rub salt even further into the man’s wounds, Teutul owes JTM Motorsports Inc more than $50,000 for work done on one of his prized cars.

According to JTM, Teutul promised them free publicity on his new show if they would do free maintenance on his car, however, he allegedly didn’t keep his end of the agreement.

Teutul also apparently owes more than $30,000 to Hudson Valley Merchandising, for yet another alleged fraudulent infringement.

In early 2018, as a last resort to buy time and potentially reduce his debt, Teutul filed for Chapter 13 bankruptcy. In his submission, Teutul contended that his financial gain is less than his expenses, and as such should be eligible for a bankruptcy filing.

According to Teutul, he earns a measly $17,000 a month, but his expenses total more than $20,000. Teutul also listed his Montgomery, New York residence as a non-valued property, because it was under disclosure from the bank, which ultimately meant he had no money to pay his debtors.

As a desperate act of last resort, Teutul placed his 20-acre estate on the market, hoping to sell it at property value, which is estimated at $205,000. He added that his car, boat, and trailer collection is valued at $208,000, and his firearm collection at $1,575.

All in all, Teutul’s finances seemed like a nightmare, and considering that he had a hard time selling his 20-acre property, things did not seem that they could get any worse.

That was until news reached the public that Teutul’s trustees in charge of his bankruptcy case accused him of neglect. According to them, Teutul failed to produce the correct paperwork, which might even cost him the case.

Following his apparent financial failure, Teutul has since tried his best to bounce back. For some time, ‘Orange County Choppers’ began taking on any job they could, just to keep afloat, which meant they were even willing to do everyday maintenance on automobiles.

Teutul’s former, fancy workshop was resumed and turned into a family arcade centre, forcing them to put up shop somewhere else. By the look of things, the new tourist attraction only benefits the production company and network behind ‘American Chopper’, as it seems Senior doesn’t gain any profit from the newly renovated centre.

Other than that, Teutul invested some of his time and precious money to launch a new product; TattSeal supposedly provides immediate relief for getting ink done, and is available online for purchase.

Fans and followers of the Teutuls, or if you’re more interested in their motorcycle designs, can feel free to catch the latest episodes of the all-new ‘American Chopper’ airing on TLC. It promises to be as exciting as ever, and with all new clientele, who knows what they might come up with, or if the new enterprise may not achieve the hoped-for success, for Teutal Senior and the network.